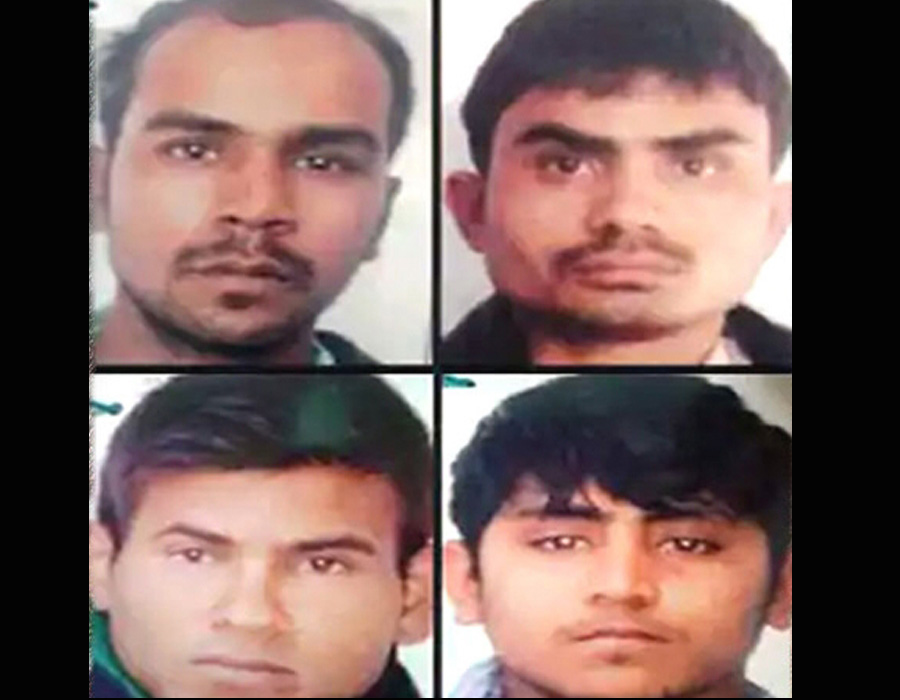 New Delhi: A Delhi court on Thursday again issued fresh death warrants against four convicts in the Nirbhaya gang rape and murder case and for the fourth time set a date for them to be hanged on March 20 at 5.30 a.m.

“It is directed that convicts shall be hanged by the neck until they are dead by on March 20 at 5.30 a.m.,” Additional Sessions Judge Dharmendra Rana.

Nirbhaya’s mother welcomed the decision and said, “The hanging has already been deferred thrice. I will be satisfied only when they are hanged by the noose.”

During the course of proceedings today, Additional Public Prosecutor Irfan Ahmed told the court that since all the legal remedies have been exhausted, a fresh black warrant can be issued against them.

Advocate A.P. Singh, appearing for convicts, however, rebutted and sought more time to interact with his clients.

The court had on Wednesday issued notice to the four convicts on an application moved by the Delhi Government and Tihar Jail authorities seeking issuance of fresh date for their execution shortly after President Ram Nath Kovind rejected Pawan’s plea for pardon.

Earlier, the court gave the time of execution as 6 a.m., but later changed.

The four convicts — Vinay, Akshay, Mukesh and Pawan were scheduled to be executed on March 3 at 6 a.m. and before that on January 22, and February 1.

The court had last time deferred the warrants till further orders on Pawan’s mercy petition came. Pawan was the only convict whose legal remedies were pending till the last date of execution.

The first date of execution of the four convicts, January 22, was postponed to February 1. Then the trial court on January 31 stayed the execution till further orders as the convicts had not exhausted their legal remedies.

The court on February 17 directed that the four be hanged at 6 a.m. on March 3. It was the third date of execution of the death warrants.

Seeking the fresh death warrant, Public Prosecutor Irfan Ahmed had told the court that since all the legal remedies have been exhausted, “there was no requirement of issuing any notice and the court may straightaway fix the execution date.”

The case pertains to the brutal gang rape and murder of a 23-year-old woman in the national capital on December 16, 2012. She died on December 29 at a hospital in Singapore following complications.

Six people, including the four convicts and a juvenile, were named as accused.

Ram Singh, the sixth accused, allegedly committed suicide in Tihar jail days after the trial began in the case. The juvenile was released in 2015 after spending three years in a correctional home.