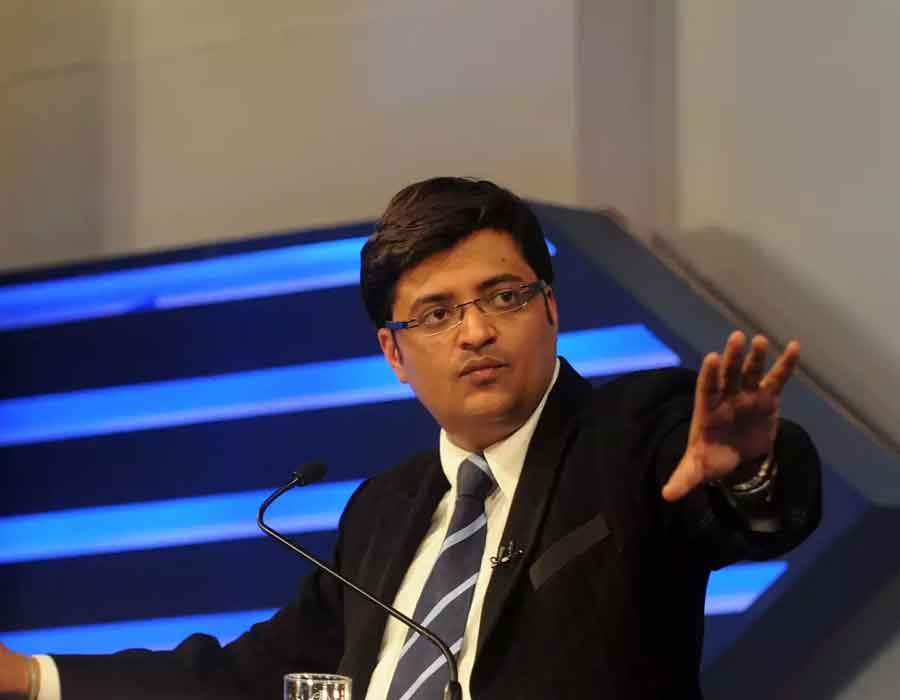 Extending protection to Republic TV founder and Editor-in-Chief Arnab Goswami for three weeks against multiple FIRs filed against him by the Congress party in various states, the Supreme Court on Friday made it clear that no coercive action will be taken against him for that period.

The apex court bench comprising justices DY Chandrachud and MR Shah also directed transfer of case registered at Nagpur to Mumbai where investigations will continue in the case against Goswami, and probe in all other cases and complaints has stayed. Also, there would be no investigation into fresh FIRs arising out of the April 21 show, and asked senior advocate Mukul Rohatgi, representing Goswami, to club all FIRs and complaints, and bring them on record.

The court further said that Goswami can seek anticipatory bail from the trial court in Mumbai during these 3 weeks.

Refusing to restrain Arnab Goswami from attacking the Congress president, Justice M.R. Shah observed there should be no restraint on the media.

“I am averse to imposing restrictions on media,” said Justice Chandrachud making an oral observation.

Goswami, in the petition, had urged the top court that no coercive measures should be taken on FIRs registered against him in Maharashtra, Telangana, Chhattisgarh and Madhya Pradesh and the union territory of Jammu and Kashmir. He contended that action against him is an attempt to curb free speech and the Freedom of Press under Article 19 (1) (a) of the Constitution.

Senior advocate Vivek Tankha, representing Chhattisgarh governments, urged the court to issue directions asking for a restraint order on Goswami from making such statements. Senior advocate Kapil Sibal, representing Maharashtra government, suggested the Nagpur FIR could be transferred to Mumbai. The court observed that it intends to protect the petitioner from the day and permit him to move anticipatory bail application before the trial court or the High Court.

Sibal contended that the court must clarify that its order will have no bearing on the merits of the application. The bench replied that Goswami cannot be subjected to proceedings in different parts of the country. The court will conduct further hearing on the matter after 8 weeks. The top court has also asked the Mumbai police to give protection to the Republic TV office and the petitioner.

Arnab Goswami was attacked on the intervening night of April 22-23 when he was returning to his residence from his office in Mumbai. He was accompanied by his wife Samyabrata Ray when this attack took place. Samyabrata is also a journalist and she is an editor with Republic TV.

According to Arnab Goswami, two bike-borne persons, allegedly Youth Congress workers, intercepted the car he was travelling in and tried to break the glass of the window using glass bottles.