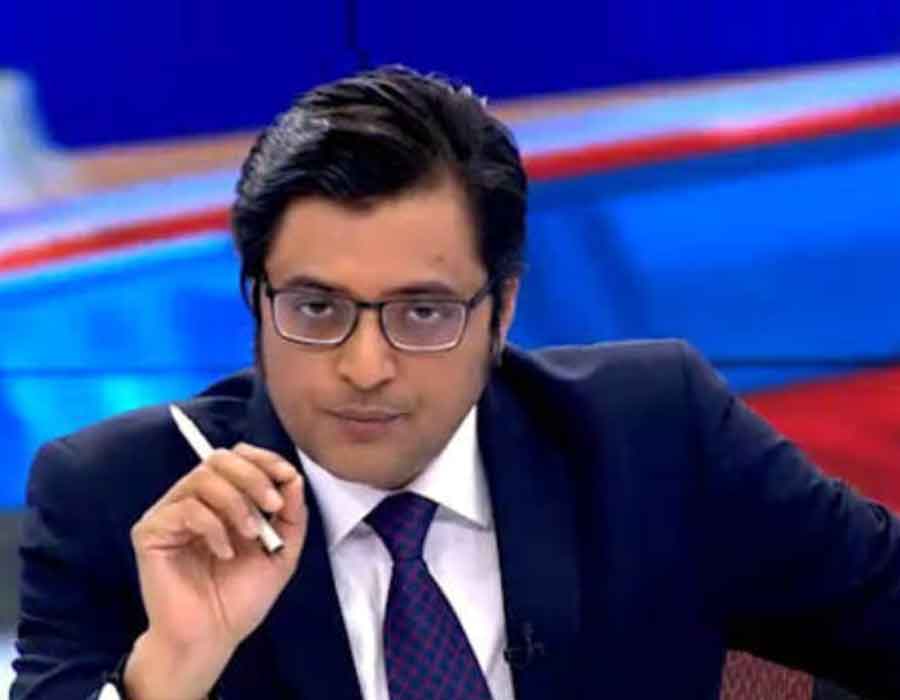 Republic TV founder and Editor-in-Chief Arnab Goswami was attacked on the intervening night of April 22-23 when he was returning to his residence from his office in Mumbai. He was accompanied by his wife Samyabrata Ray when this attack took place. Samyabrata is also a journalist and she is an editor with Republic TV.

According to Arnab Goswami, two bike-borne persons intercepted the car he was travelling in and tried to break the glass of the window using glass bottles. The assailants splattered the fluid from inside the bottle on the car after they failed to break the window of the vehicle. The fluid, according to reports, was ink.

Arnab Goswami has alleged that the two assailants were members of Youth Congress and they confessed after being apprehended by his security personnel. The police, however, say that the political affiliation of the attackers is yet to be ascertained. According to Arnab, the two assailants confessed they were acting on the instructions of the higher-ups in the party.

After the attack, Arnab lodged a complaint at the NM Joshi Marg Police Station. The police, however, registered an FIR in this case allegedly after 10 hours of the incident. 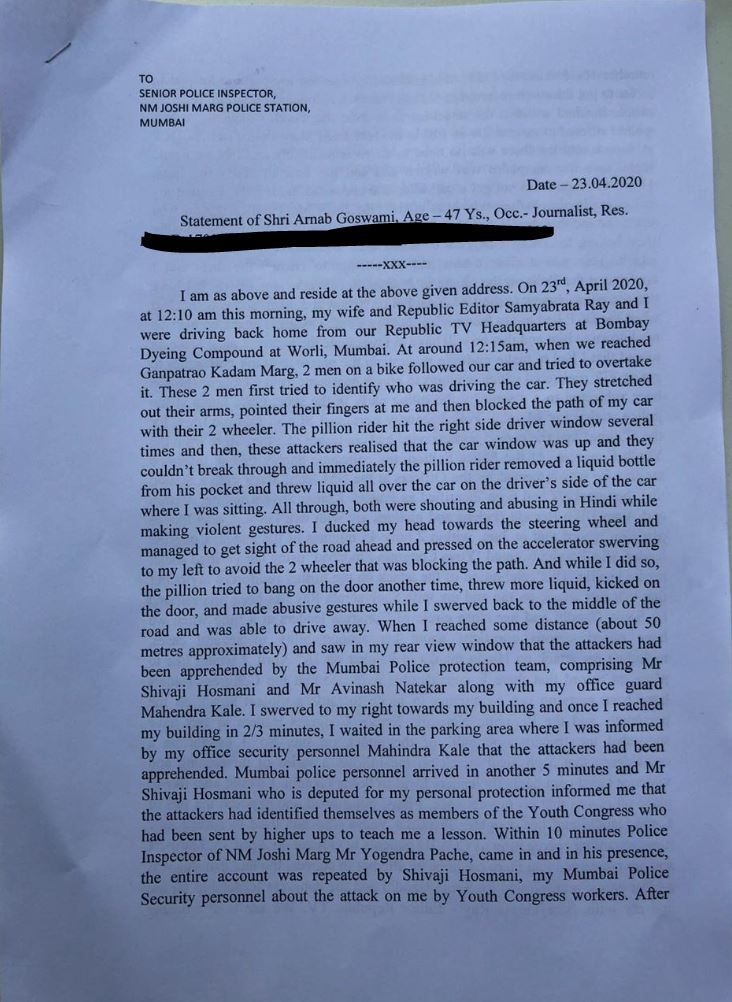 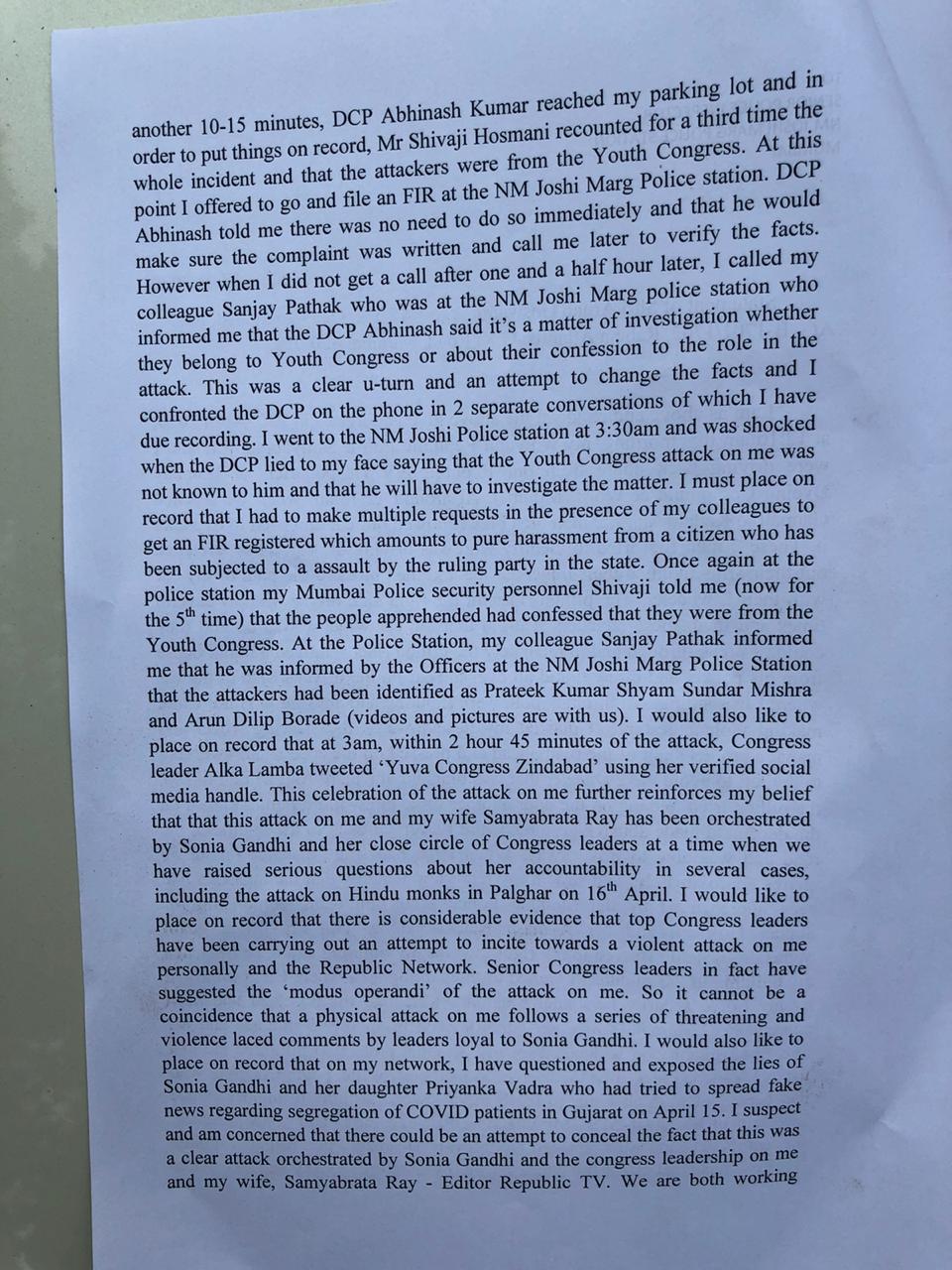 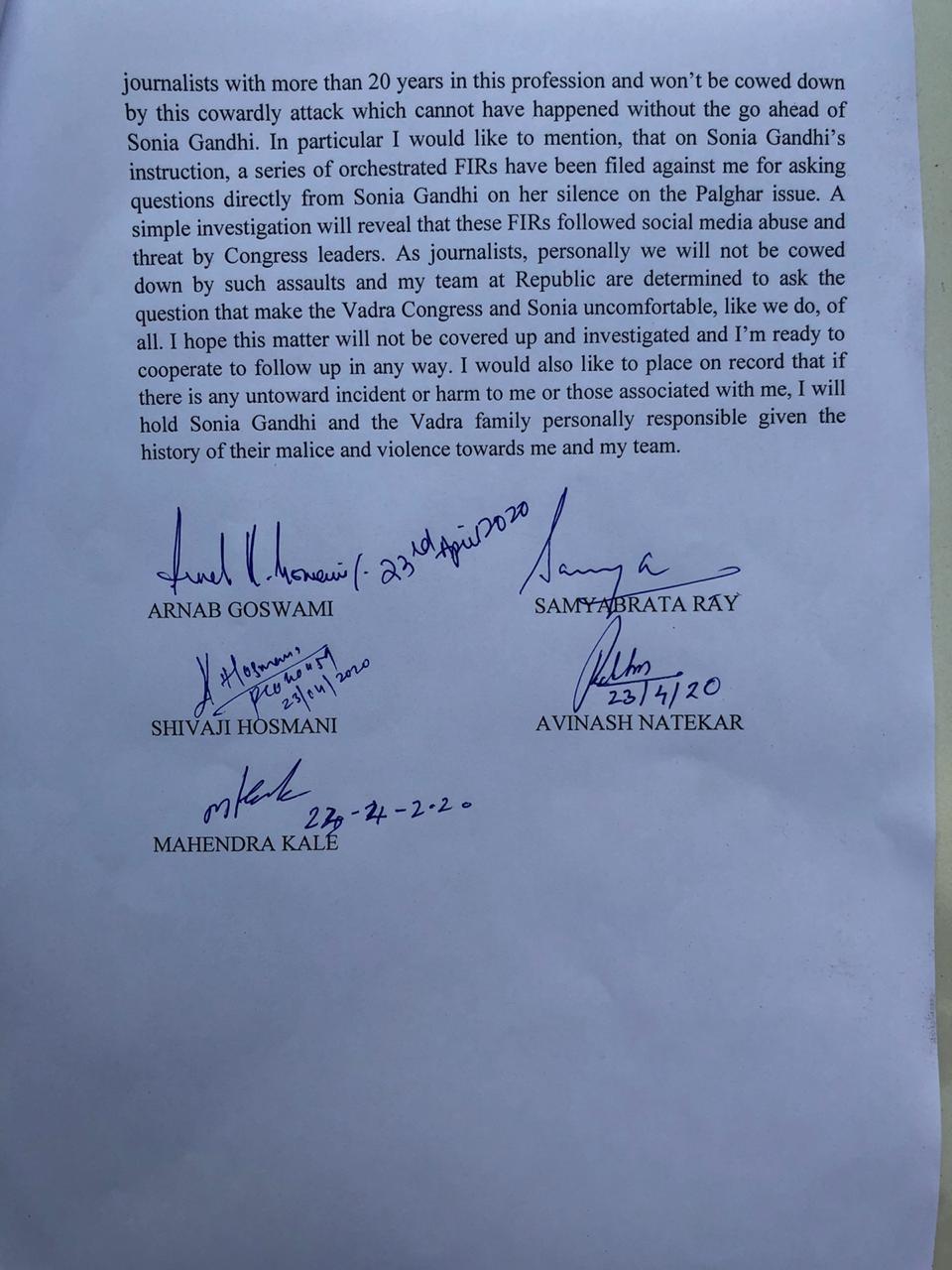 Arnab has accused interim Congress president Sonia Gandhi of ordering this attack. He also said that she would be responsible if anything untoward happens to him.

He alleged that Sonia got rattled after he raised questions over her silence of the killing of two Hindu saints in Palghar.

Republic TV has further alleged that the two assailants were given emergency lockdown passes by the police so that they could attack Arnab Goswami.

Arnab has also alleged that the police have deliberately watered down the FIR and made it look very weak in the eyes of the law.