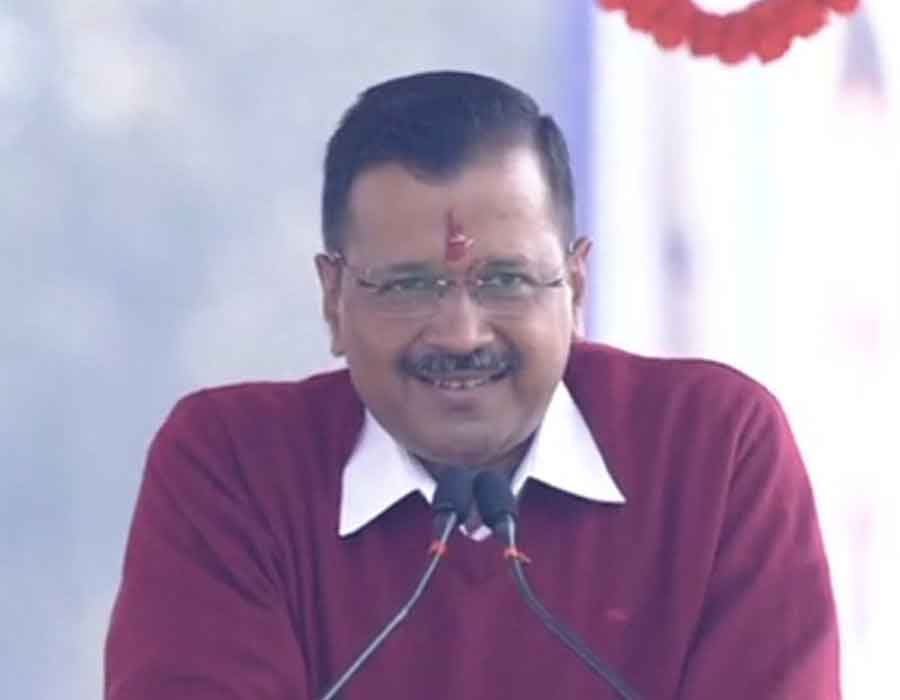 Arvind Kejriwal, who took oath as Delhi chief minister for the third successive time on Sunday, said he wants to work in coordination with the Centre and also sought Prime Minister Narendra Modi’s blessings for smooth governance of the national capital.

Kejriwal said as the elections are over, the politics is also over and he has “forgiven” his opponents for the remarks they made during the poll campaign.

Read Also | Despite pressure, we stand by decisions on Article 370, CAA: PM Modi in Varanasi

Referring himself as Delhi”s “son”, he said this is not his victory but of every single Delhiite.

“We want to seek Prime Minister Narendra Modi”s blessing for smooth governance of Delhi,” Kejriwal said in his address at the Ramlila Maidan here after taking oath.

In his earlier tenure, the AAP supremo had several run-ins with the Centre.

“Your son has taken oath for the third time as the Delhi chief minister. This is not my victory but yours,” Kejriwal.

Kejriwal said he did not give step-motherly treatment to anyone and has worked for all in the last five years.

A wave of patriotism flowed through Ramlila Maidan on Sunday where Aam Aadmi Chief Arvind Kejriwal took oath as Delhi Chief Minister for the third time.

The tricolour took over the usual blue and white of the AAP flag. The AAP supporters also shouted slogans of ”Jai Hind and Vande Mataram”. When Kejriwal reached the stage, slogans of ”Bharat Mata ki Jai” reverberated through the iconic Ramlila Maidan. 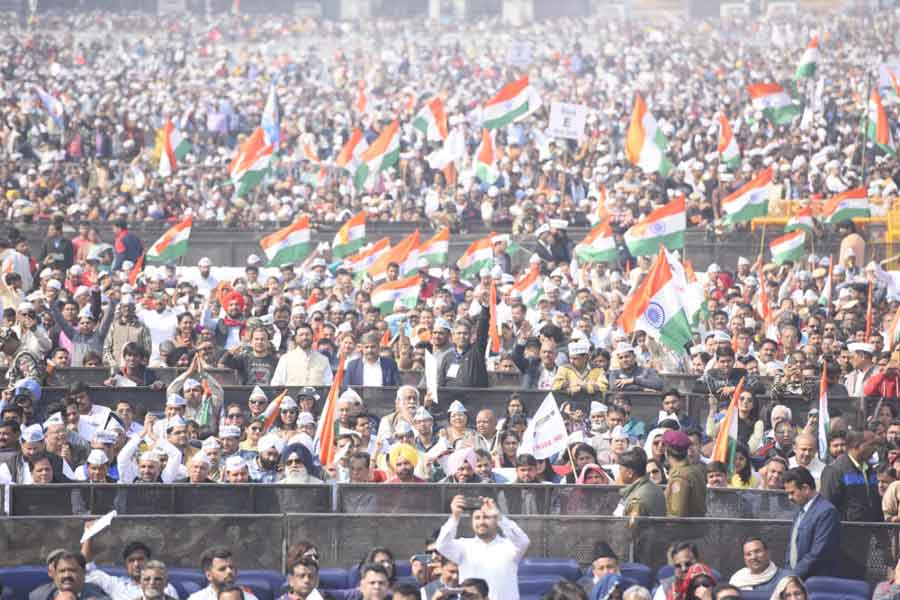 The theme at the Ramlila Maidan among the enthusiastic crowd seemed to be that of nationalism with patriotic songs being played over the loudspeakers. Songs of film ”Border”, ”Rang De Basanti” were also played here.

At the Ramlila Maidan, AAP supporters holding tricolours also displayed posters that said, “Nayak 2 is back again”. The poster has a picture of actor Anil Kapoor along with that of Arvind Kejriwal wearing the famous ”Anna cap” with Aam Aadmi written on it.

Bureaucrat-turned-politician Kejriwal was compared with the fictional character played in the Hindi film Nayak.

The Ramlila Maidan looked like that of Anna movement of 2012.