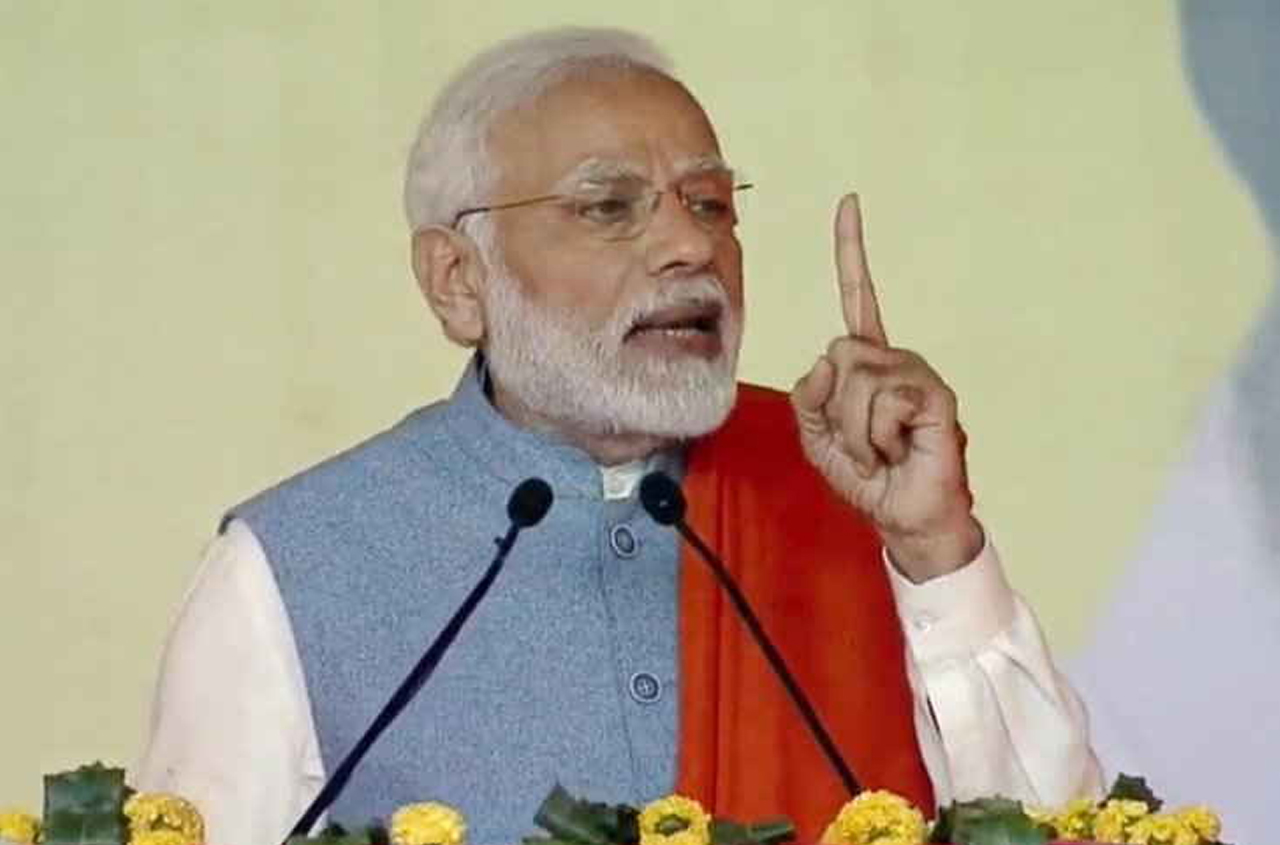 Gurdaspur (Punjab): In a frontal attack on the Congress, Prime Minister Narendra Modi on Thursday said the Congress was cheating farmers in the country in the name of loan waivers.

“The Congress earlier cheated the country in the name of ‘garibi hatao’ for years and is now cheating farmers in the name of loan waivers,” Modi told a public rally of the BJP-Shiromani Akali Dal (SAD) alliance in Gurdaspur town.

“The Congress is doing the politics of lies and cheating. It has done nothing for farmers. It is misleading farmers in the name of waiving farmer loans,” Modi said in his 35-minute address.

He said that in Karnataka, loans of farmers were not being waived and police were raiding their homes to arrest them, forcing the farmers to be on the run.

Referring to Punjab, Modi said the Congress promised to waive massive loans of farmers but that was far from truth.

“The truth is something else. As per their own documents and admission, only loans worth Rs 3,400 crore were waived in one and a half years.

“Is loan waiver a five-year plan for Congress? Will they (give loan waiver) after the farmer dies?”

Modi said that the central government was working hard to bring around development in rural India.

“We are working to doubling farmers’ income by 2022. We want to empower the farmers and make them self reliant,” he said.

Accusing the Congress of messing up on issues of national security, the Prime Minister said that the NDA government at the centre “is constantly working to make the country secure”.

“The Congress leadership has messed with national security. They are spreading lies for the benefit of one family,” he said, in an obvious reference to the Congress raking up irregularities and corruption in the Rafale fighter jet deal.

Modi accused the Congress leadership of not only shielding the leaders accused of killings of hundreds of innocent Sikhs in Delhi in the 1984 anti-Sikh riots but also rewarding them with Chief Ministership.

“Their history has been the massacre of innocent Sikhs. They have rewarded one accused with Chief Minister’s chair. The whole country wanted that Congress leaders should be punished for the killings of Sikhs in Delhi. Our government formed the SIT (special investigation team) and the result is before you all,” he pointed out.

SAD president Sukhbir Singh Badal, union Minister Harsimrat Badal and the entire senior leadership of the SAD-BJP alliance was present at the rally, around 230 km from Chandigarh.