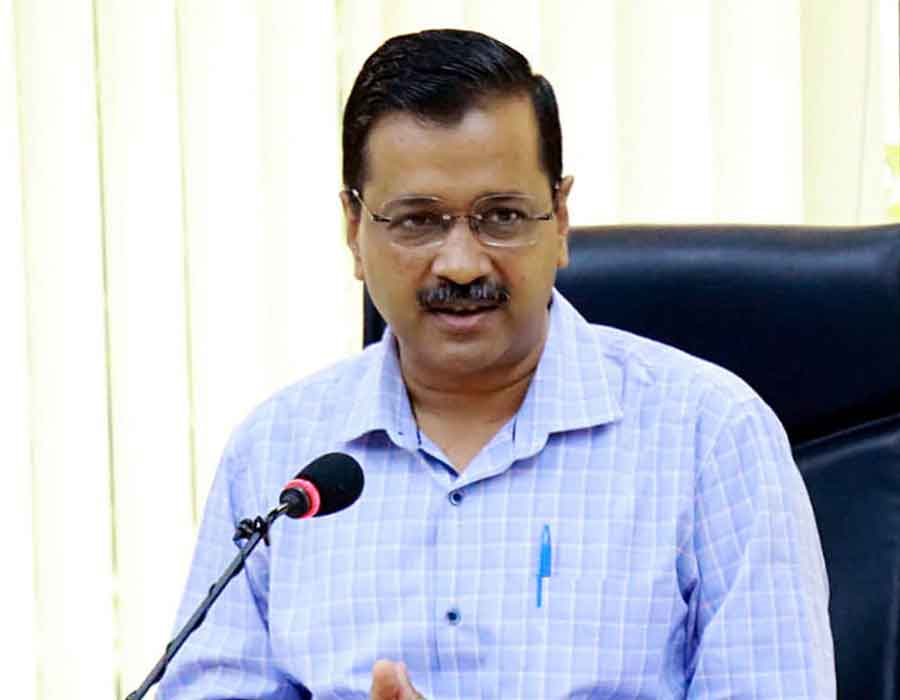 Chief Minister Arvind Kejriwal on Sunday said it has been eight weeks since the outbreak of coronavirus in Delhi, and there were fewer coronavirus cases and fewer fatalities in the city this week as compared to the last week.

Speaking to the media, Kejriwal said in other countries, the numbers were doubling week after week, but in Delhi the eighth week — starting April 19 — was better than the seventh week, between April 12 and 19.

“This week was slightly better than the week before, for the people of Delhi. There were fewer cases, fewer deaths and many more people went home after complete recovery,” the Chief Minister said. Sharing the data, he said the eighth week (between April 19 and 26) had a better picture than the week before.

“The pattern of the rising cases and getting to double or triple of its original count has been observed across the world, but something like this was not observed here.”

In the seventh week, 260 people were cured and discharged, while 580 went home last week — “that is more than double of the previous week”, the Chief Minister said, calling it a good sign.

“The last week was good for us, people are following the lockdown in a disciplined manner, and we will soon be able to win our fight against Corona if we continue to follow the lockdown protocol like this.”

“Our aim is that we should not let anyone die. I am happy that people are coming forward to donate their plasma to save lives.”

Speaking about a particular case, he said there was a very critical patient in the Lok Nayak Hospital.

“Doctors said he was sinking. He was administered plasma therapy and his health has improved significantly,” Kejriwal said. He also said the government is asking the patients, who have recovered and discharged, to donate plasma and stressed the necessity of unity amongt all religions to fight and eradicate coronavirus.

“It is possible that a Muslim’s plasma can save life of a Hindu patient or the plasma of a Hindu may save the life of a Muslim person. The god did not discriminate between humans. Why have we created a wall between us? Coronavirus affects all — be it Hindu or Muslims,” he said.

Kejriwal said if anyone ever has any bad feelings for any other religion, they should just think that one day their plasma can save your lives. “We can take a lesson from this coronavirus crisis that if we work together, no one can defeat us. But if we continue to fight, there is no scope left.”

The first case of Coronavirus was reported on March 4 in Delhi. As of Sunday, the total positive count stands at about 2,650.