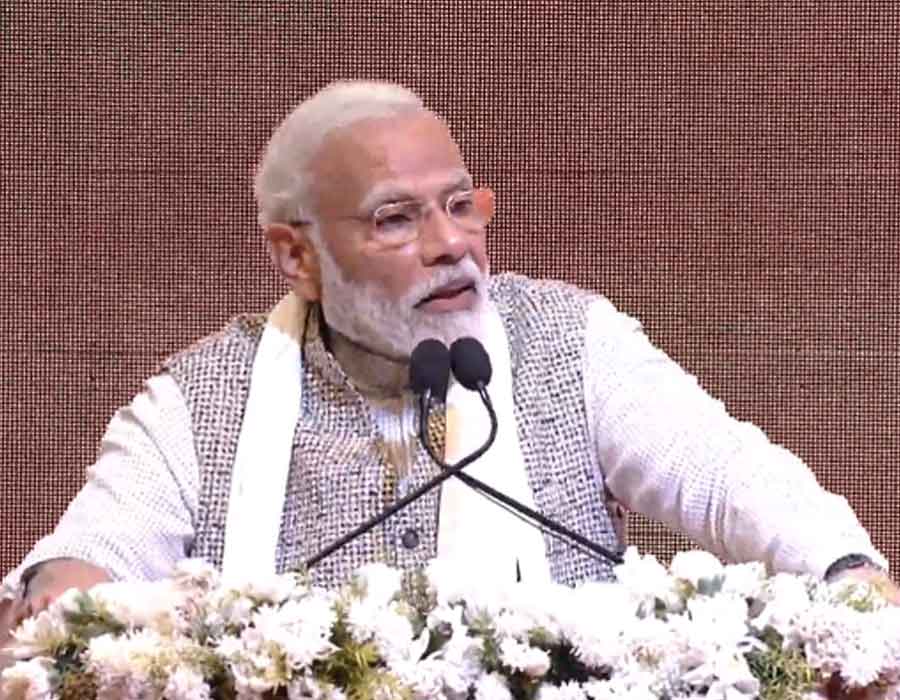 Prime Minister Narendra Modi has made it absolutely clear that despite facing tremendous pressure from different sections of the society, his government would continue to stand by the decisions on Article 370 and the Citizenship Amendment Act (CAA)

“Be it the decision on Article 370 or the Citizenship Amendment Act, it was necessary in the interest of the country. Despite pressure, we stand by our decision and will remain so,” PM Modi said while speaking at a public meeting during his day-long visit in Varanasi today.

Referring to the Ram temple in Ayodhya, the prime minister said that a trust has been formed for this purpose and it will work rapidly.

“A trust has been formed for the construction of a grand Ram temple in Ayodhya. This trust will work rapidly,” he also said.

Mr. Modi launched or laid the foundation of 50 projects worth ₹1,254 crores in his Lok Sabha constituency.

He also flagged off the IRCTC’s ‘Maha Kaal Express’ through video link during his day-long visit to the city.

It will be the first overnight private train in the country to connect three Jyotirling pilgrim centres of Varanasi in Uttar Pradesh, and Ujjain and Omkareshwar in Madhya Pradesh.

Mr. Modi dedicated to the nation the Pandit Deendayal Upadhyaya Memorial Centre and unveiled a 63-feet tall statue of the RSS ideologue – the tallest statue of the leader in the country.

Earlier in the day he participated in the closing ceremony of the centenary celebrations of the Shri Jagadguru Vishwaradhya Gurukul here and released the translated version of the Shri Siddhant Shikhamani Granth in 19 languages and its mobile application.