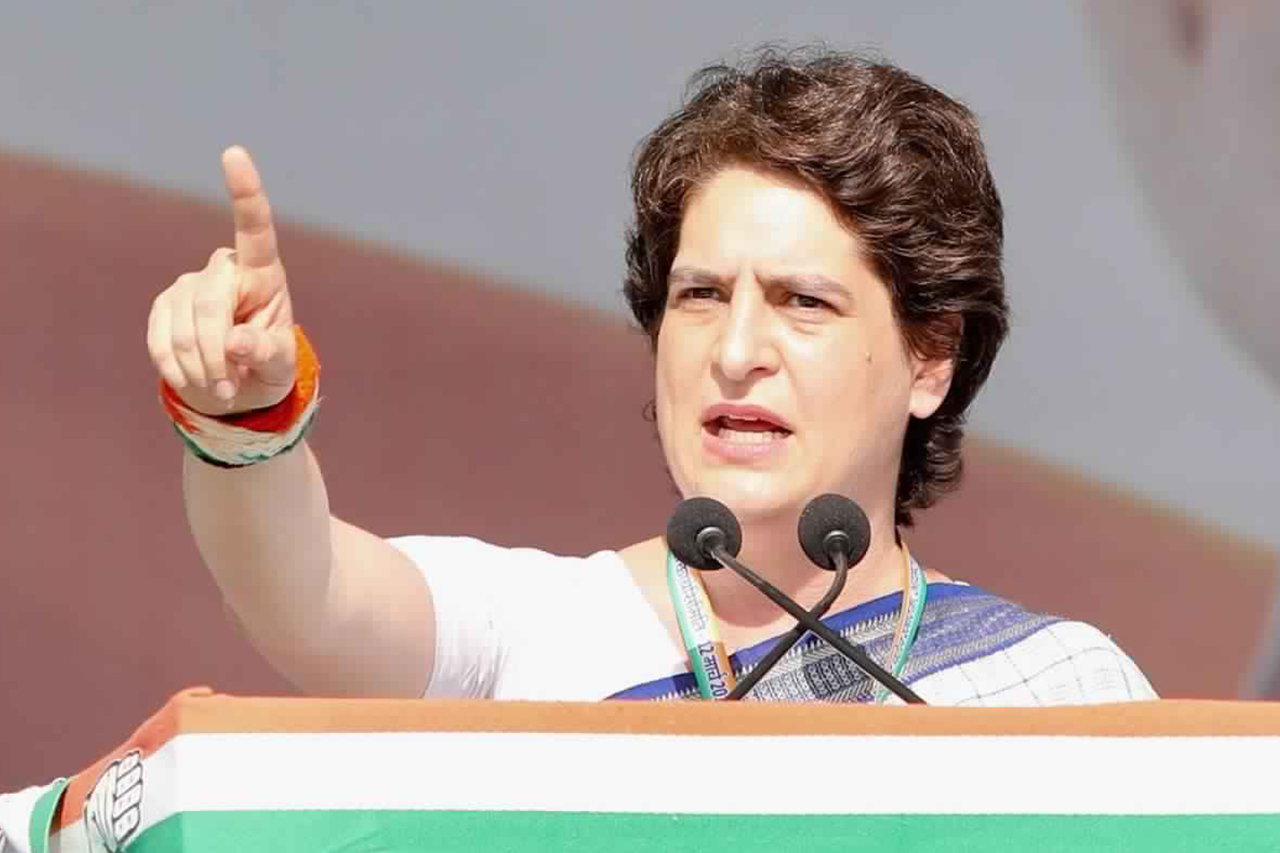 Congress General Secretary Priyanka Gandhi on Thursday said she has been given the key task of strengthening her party in the Uttar Pradesh – even beyond the Lok Sabha elections – and ensure it comes back to power in the 2022 Assembly polls.

Hitting out at the Bharatiya Janata Party, Gandhi, who is the Congress’s eastern Uttar Pradesh in charge, also said that her party which fought for freedom does not need a “certificate of patriotism” from those who sought to apologise to the then British rulers.

Addressing block presidents, booth workers and the members of gram panchayat and zila panchayat of the party in Rae Bareli, the constituency of her mother and UPA chairperson Sonia Gandhi, she said: “I have been given the task to strengthen the party in the state. And I will ensure that the party comes to power in the state in 2022.

“And once the government is formed in Uttar Pradesh, I can ensure that we are not going to be defeated for next 10-15 years on the basis of the development works.”

Priyanka Gandhi had made the same point at her programme near Gauriganj in Amethi – the constituency of her brother and Congress President Rahul Gandhi – on Wednesday night.

“Are you preparing for the elections? I am not talking about 2019, but 2022,” she asked the workers, indicating the reason for her appointment in the party’s long-term strategy in the state.

Naming her party General Secretary on January 23, Rahul Gandhi had said: “She hasn’t been sent here for four months, she has been sent here with a larger plan… We will not only defeat the BJP in 2019 (Lok Sabha polls) but also win the 2022 (Assembly) elections.”

He reiterated the point in several speeches following that in Amethi.

Priyanka Gandhi’s message seems to have struck a chord with party workers.

Ram Deo Verma, a party workers from Unchahar in Rae Bareli, who was present at the meeting, told IANS: “Bitiya kahin hai ki ham yahi se 2022 ki ladai ko aage le jayenge (Daughter has said that she will begin the fight of the 2022 assembly elections from Rae Bareli).”

Another party worker, Ramnath Pal said that she has asked the party workers to strengthen the party and ensure victory in 2019 and as well as in 2022.

The Congress has been out of power in the state since 1989. It faced major embarrassment in 2017 assembly polls, as the party could manage to win only one out of 10 assembly seats on home turf in Rae Bareli and Amethi.

Slamming the BJP on the issue of nationalism, Priyanka Gandhi said that her party has made a lot of sacrifices for the country during the freedom movement.

“And we do not need certificate of nationalism from anyone who never participated in the freedom struggle and who wrote letter to the Britishers seeking apology,” she said.

Priyanka Gandhi, who is on a three-day poll visit to Uttar Pradesh, arrived in Rae Bareli on late Wednesday night. Earlier on Wednesday, she had held a marathon meeting with party workers at Musafirkhana in Amethi and met party workers at Gauriganj, the district headquarters.

Thousands of party workers and supporters arrived at the guest house since morning on the outskirts of Rae Bareli, where the Congress leader was supposed to meet them in groups.

On the final day of her visit, Priyanka Gandhi will visit Ayodhya and also take out a road show in the temple town.

Priyanka Gandhi, the younger sibling of Rahul Gandhi, is being seen as the second-most influential party leader in the state and the party leaders and workers are considering her as the “turnaround” leader in the politically-crucial state, which sends 80 MPs to the Lok Sabha.

This is her second visit to the state in almost one week. Fom March 18 to 20, she had taken a river ride on Ganga from Prayagraj to Varanasi, the parliamentary constituency of Prime Minister Narendra Modi.

During her visit then, she had accused the BJP government of destroying the institutions of the country and slammed it over ‘Mai bhi chowkidaar’ (I am also a watchman) campaign by saying that the watchman are only for rich and not for poor.