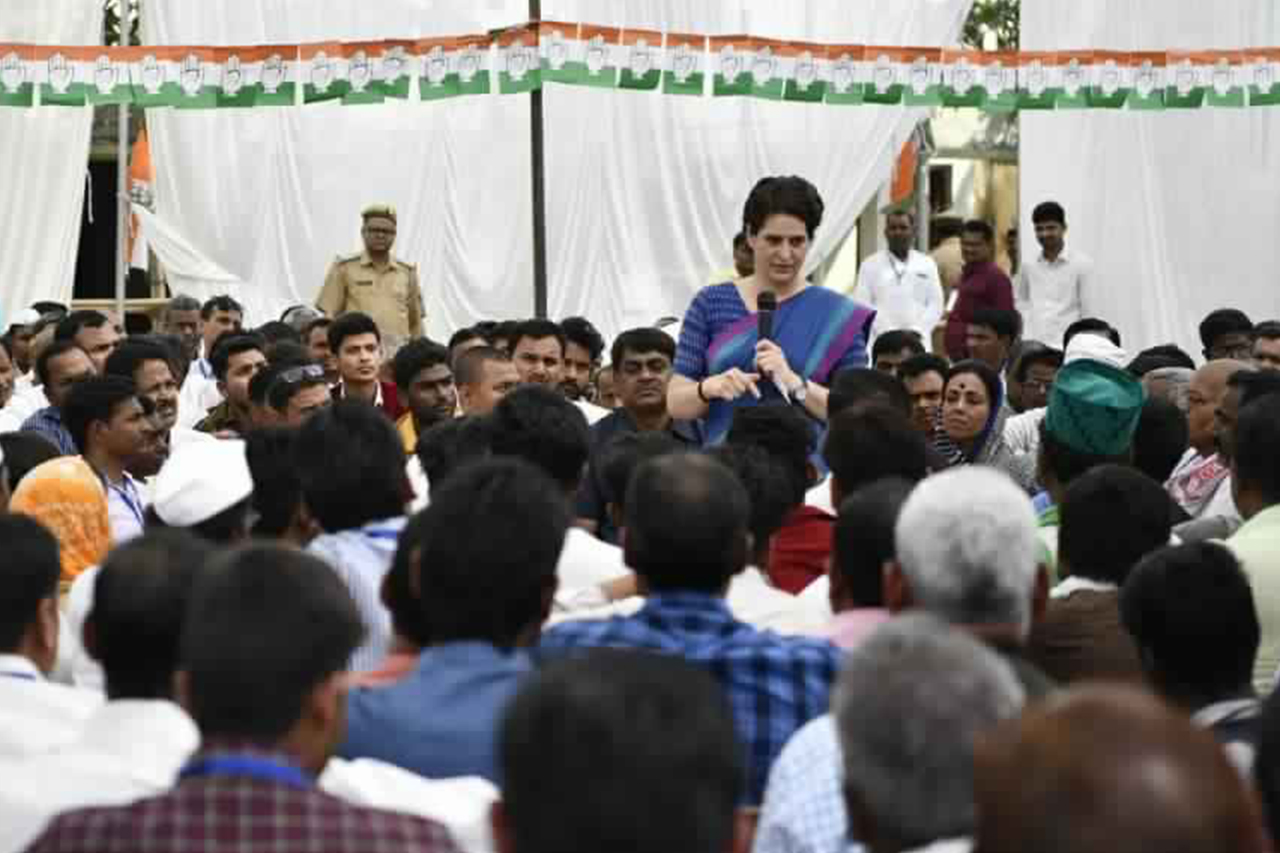 Congress General Secretary Priyanka Gandhi Vadra said here on Wednesday that she has asked the party workers to campaign hard as the coming Lok Sabha elections were of national importance to “save” the country.

Speaking to the media after holding a marathon meeting with the party workers for over five-and-a-half hours, Gandhi said: “I have not told the party workers that Rahul Gandhi will become the Prime Minister after the elections. But I have asked them to campaign properly and go to every house and tell that this election is to save the country. In this election, the victory of the country is more important than the victory of Rahul Gandhi.”

Her remarks came shortly after many party workers who attended the meeting claimed that Gandhi had told them to campaign properly as after winning the elections, Rahul Gandhi will become the Prime Minister.

Answering a query on the Bharatiya Janata Party (BJP) describing the NYAY scheme announced by Congress President Rahul Gandhi a bluff, she said: “Those who bluff are now saying like this. Whatever the Congress promised, it has delivered. We waived farmers’ loans in Madhya Pradesh, Chhattisgarh and Rajasthan as promised after coming to power in those states.”

She also said that a lot needs to be done to eradicate poverty from the country.

Slamming the Narendra Modi-led BJP government, the Congress in-charge for Uttar Pradesh East said, “No government has performed as badly as this government.”

The Congress leader also accused the Modi government of politicising the issues of national security.

“A lot of issues have been politicised which should not have happened. And I am saying this repeatedly wherever I am going that real issues should be discussed,” she said, referring to Modi’s announcement on Wednesday that India became “a space superpower” by becoming the fourth country to acquire anti-satellite capability.

Congratulating the scientists for achieving this feet, Gandhi said, “I congratulate the scientists. It’s a wonderful achievement. I am very proud of the Defence Research and Development Organisation (DRDO) which was founded by Jawaharlal Nehru.”

When asked about contesting the Lok Sabha polls, she said, “I have not decided yet. If my party asks me to contest, I will. My wish is to campaign for the party.”

Gandhi arrived in Uttar Pradesh on a three-day visit early on Wednesday. Clad in a blue saree, she arrived at the Chaudhary Charan Singh airport in Lucknow to kick start her campaign covering Amethi, Rae Bareli and Faizabad.

During her campaign on Wednesday, a young Congress worker, who was on a video call with his friend, came close to Gandhi’s car and requested her to apeak to his friend. And much to everybody’s surprise, Gandhi readily obliged.

She also clicked selfies with many school students on her way to Amethi, the parliamentary constituency of her brother Rahul Gandhi.

Gandhi’s cavalcade made more than 16 stops between Lucknow and Amethi with the Congress leader stepping out of her car many times to meet the people, keeping the security personnel on their toes.

In Amethi, Gandhi met Mohammad Lalit, a cancer patient, and assured all help to his family.

Accompanied by party leaders Pramod Tiwari, P.L. Punia and his son Tanuj Punia, Gandhi, who was visiting Amethi for the first time after being appointed the party General Secretary, received a rousing welcome everywhere she went.

There was some bitterness too, as posters calling her a “visitor” and accusing her of neglecting Amethi were spotted in some parts of the constituency.

However, Yadav denied putting up the posters and alleged that it was the handiwork of some miscreants.

The Congress, which had won just two out of the 80 seats in Uttar Pradesh in 2014, will go alone in the state this time.