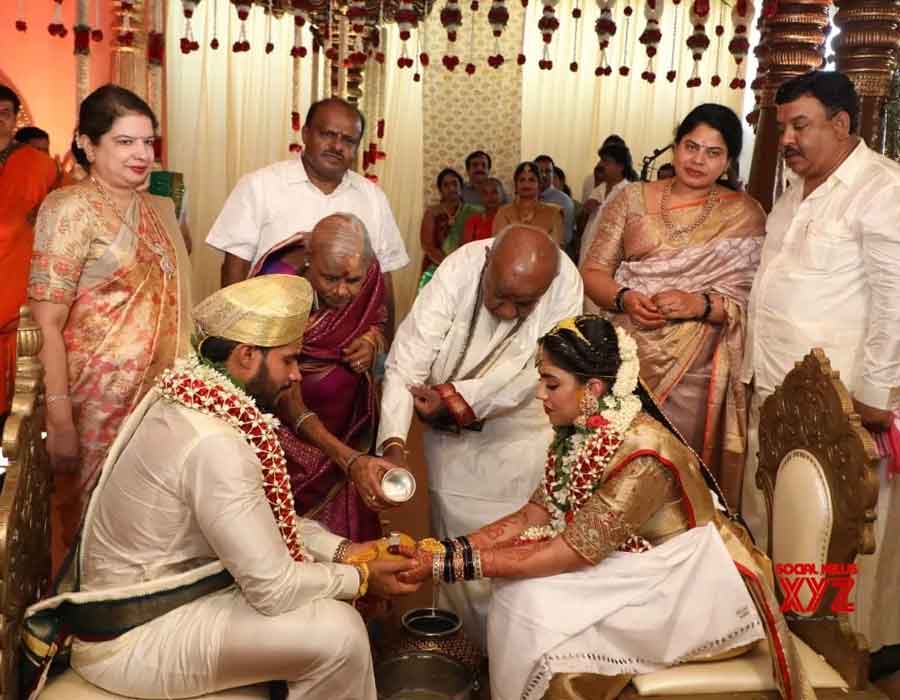 “As scheduled, the wedding was held at the auspicious time (10-11 a.m.) in the farmhouse at Kethaganahalli near Bidadi in the presence of family members and close relatives,” Kumaraswamy’s media secretary K.C. Sadananda said.

The farmhouse is 3km from Bidadi and 45km southwest of Bengaluru in the southern state.

Read Also | Nehru-Edwina Relationship: Was it platonic, corporeal or spiritual?

Nikhil (28) got engaged to Revathi (22) grandniece of state Congress leader M. Krishnappa, in Bengaluru on February 10.

“About 100 people attended the ceremony conducted according to Hindu rites by priests in the presence of the couple’s parents, other family members and relatives,” said Sadananda.