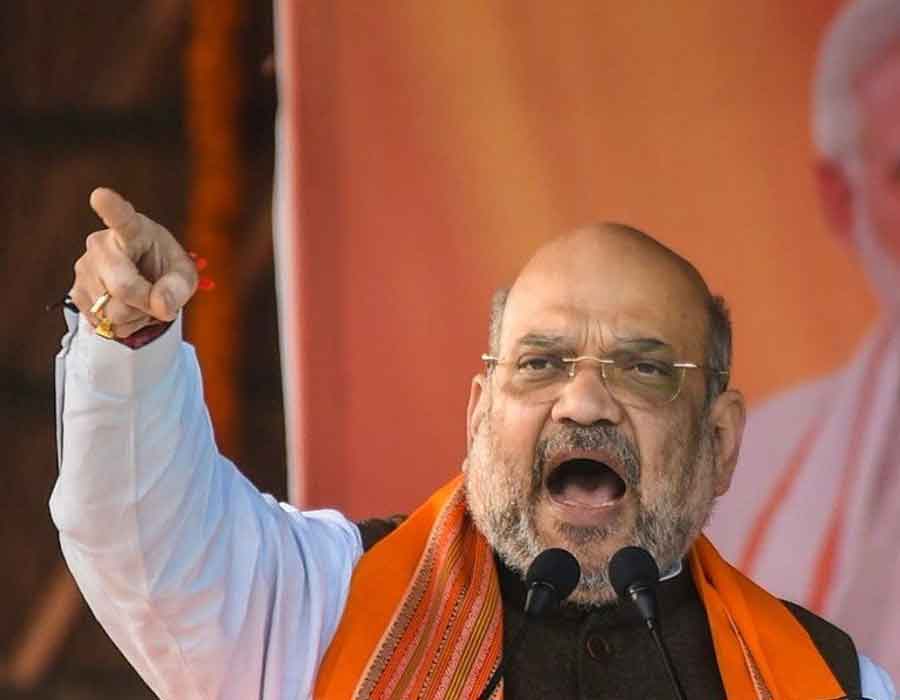 Union Home Minister Amit Shah on Sunday said the country has zero-tolerance towards terrorism and has developed a “proactive” defence policy under the leadership of Prime Minister Narendra Modi.

Shah also said that India has now joined the league of countries like the US and Israel in carrying out surgical strikes.

“Now, after Modiji became the PM, we have developed a proactive defence policy segregated from the foreign policy,” he said in Rajarhat, while inaugurating a new building of the National Security Guards (NSG).

The Union Minister lashed out at West Bengal chief minister Mamata Banerjee over her stance on Citizenship (Amendment) Act (CAA).

CM Mamata Banerjee will not be able to stop us from granting citizenship to refugees”.

Shah also sounded the poll buggle for the upcoming West Bengal state assembly elections at the rally, saying: “We will form next government in Bengal with a two-third majority after 2021 assembly polls.”