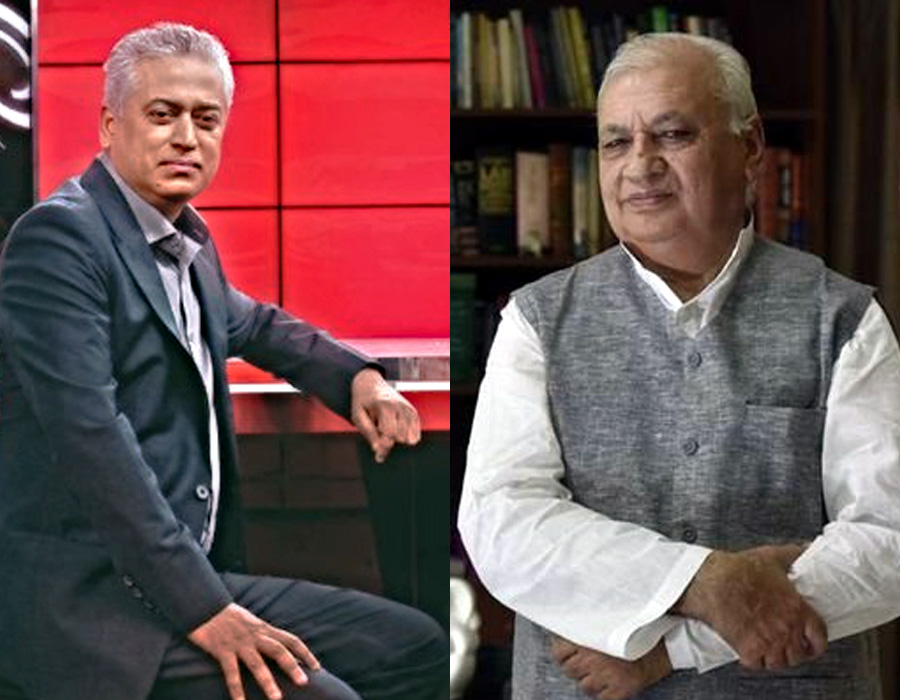 Slamming senior journalist Rajdeep Sardesai for using a language that further divides the society on Hindu-Muslim lines, Kerala Governor Arif Mohammad Khan on Thursday accused the highly opinionated TV anchor of speaking in a way that is causing polarisation and creating an atmosphere of violence in the society.

Responding to an assertion by Rajdeep that the Kerala Governor’s confrontation with the state government on CAA (Constitutional Amendment Act) was primarily because he was a BJP appointee, Arif Mohammad Khan said,” “I find your language so problematic…I’m appointed by the president of India. I’m not appointed by any party-government. The problem with you is that the language which you use…that language is causing polarisation, that is creating hatred in the society, that is creating an atmosphere of violence in the society.”

Scolding Rajdeep for not learning any lessons from the past protests, the Kerala Governor further said on India Today TV channel, “I have seen, you also must have seen, much greater protests, during the time of Mandal and Shahbano. In the case of Shahbano, the government succumbed to that pressure, which came from the streets and how dearly the country has paid for succumbing to that pressure? But we are not ready, you are not ready to learn your lessons, Mr Rajdeep Sardesai. Am very sorry to say.”

The Kerala Governor and the state government led by P Vijayan are at the loggerheads over the CAA. The Kerala government has approached the Supreme Court against the CAA that was passed by the two houses of the Parliament, saying the law violated various provisions of the Constitution.

Taking exception to Kerala government’s decision, Governor Arif Mohammad Khan said that by not taking his advice on the matter before approaching the apex court, the state government has violated the protocol.