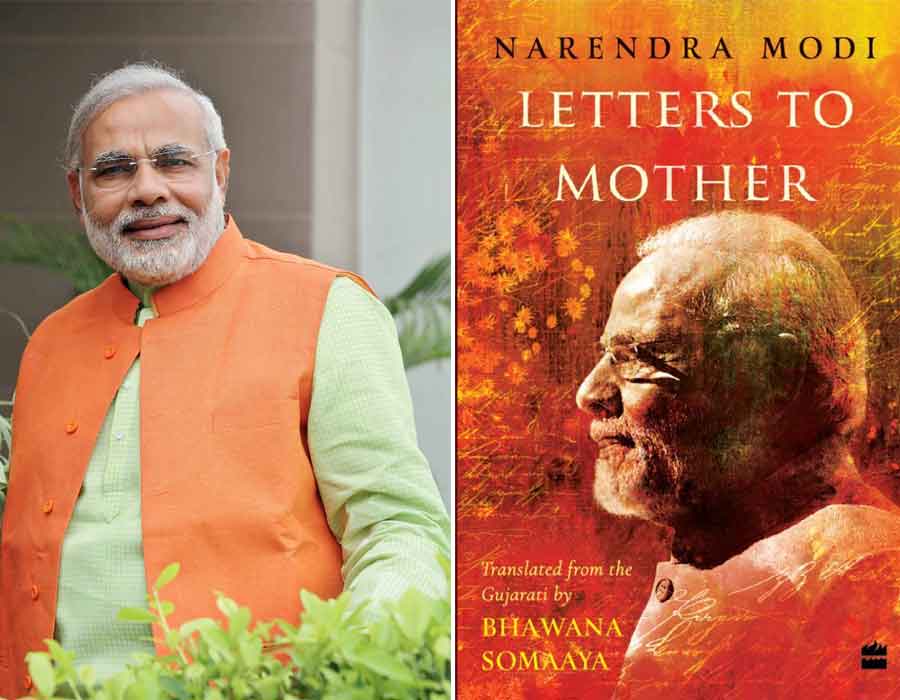 Harper Collins is going to publish a book next month that is a compilation of letters that Prime Minister Narendra Modi wrote to Mother Goddess, who he referred to as ‘jagat janani’, when he was a young man.

The book titled ‘Letters to Mother’ has been translated from Gujarati to English by renowned film critic Bhawana Somaaya, news agency PTI reported, adding these letters have been taken from Modi’s diary, dating back to 1986. Modi used to write these letters every night on varied topics.

“This is not an attempt at literary writing; the passages featured in this book are reflections of my observations and sometimes unprocessed thoughts, expressed without filter…” a HarperCollins India statement quoted Modi as saying.

“I am not a writer, most of us are not; but everybody seeks expression, and when the urge to unload becomes overpowering there is no option but to take pen and paper, not necessarily to write but to introspect and unravel what is happening within the heart and the head and why,” he said.

A statement issued by HarperCollins India said: “In Modi’s writings there was the enthusiasm of a youngster and the passion to usher in change. But every few months, he would tear up the pages and consign them to a bonfire. The pages of one diary, dating back to 1986, survived, however. These are now available in English for the very first time.”

Talking about the book,Bhawana Somaaya said that Modi’s strength as a writer is his emotional quotient. She further said that a combination of Modi’s raw intensity and simmering restlessness has contributed to his attraction.