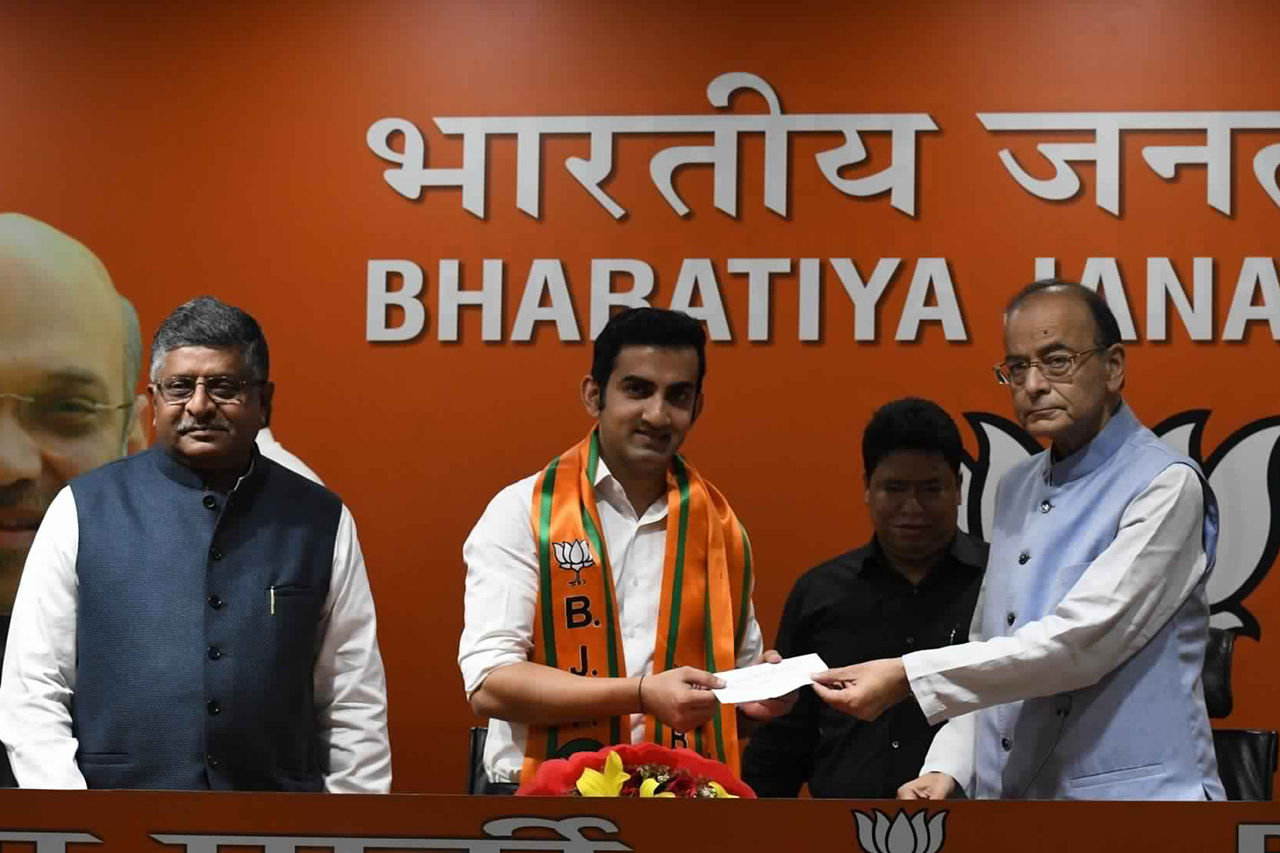 Weeks ahead of the 2019 Lok Sabha Elections, former cricketer Gautam Gambhir on Friday joined the ruling BJP in the presence of Union Ministers Arun Jaitley and Ravi Shankar Prasad.

According to some media reports, Gambhir is likely to contest elections from one of the seven Delhi Lok Sabha seats. However, the former cricketer has refused to either confirm or deny all such speculations.

“I have got a young family and I need to think about them as well because I have hardly spent any time with them. I do not want to miss their early days and let us see where I go from here,” Gambhir was quoted as saying by Hindustan Times.

He made his one-day international debut for the Indian national team in April 2003 against Bangladesh and went on to play 147 ODIs for the side.

He also earned 58 Test caps and scored nine hundreds and 22 fifties in the longest format of the game. Gambhir announced his retirement from all forms of cricket following Delhi’s Ranji Trophy clash against Andhra last December.