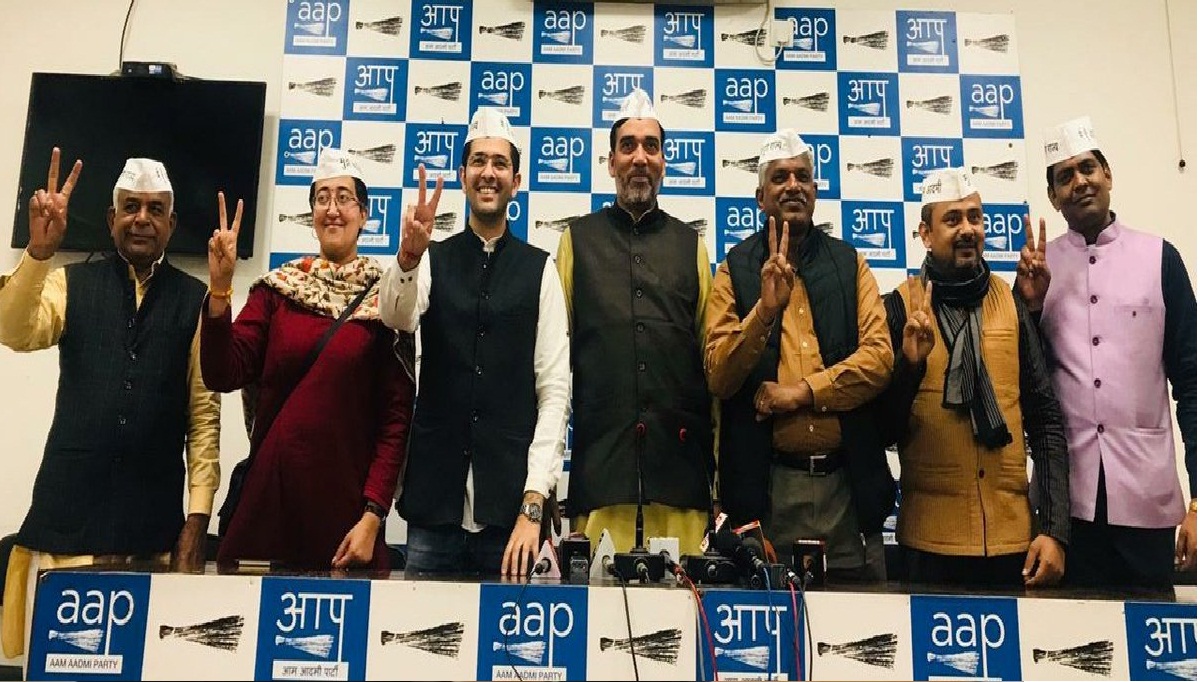 Delhi’s ruling Aam Aadmi Party (AAP) on Saturday announced the names of candidates for six of the seven Lok Sabha seats in the national capital and ruled out an alliance with the Congress.

The party was yet to take a call on the West Delhi seat, he added.

Announcement : Declaration of candidates for the upcoming Loksabha Polls

“A few names have been considered for West Delhi. The party will announce the candidate in the next few days,” Rai said.

Of the six candidates who have been named, Atishi, the only woman, Chadha, Pandey and Gupta have been long-time associates of Kejriwal, who took power in Delhi in February 2015 after leading the AAP to a stunning win that gave it 67 of the Assembly’s 70 seats.

While the BJP took the remaining three seats, the Congress, after 15 long years in power, was wiped out. Since then, the Congress Delhi unit had been as anti-AAP as the BJP.

Rai told the media that it was the ‘Mahagatbandhan’ leadership that favoured an alliance between the AAP and Congress in Delhi to avoid a split in votes against the Bharatiya Janata Party (BJP).

But he said the Congress was not interested in any tie-up with the AAP, which was born out of an anti-corruption movement when the Congress ruled India.

“We were then told they are re-thinking. On Friday, Delhi Congress chief Sheila Dikshit said a straight ‘no’ for the alliance.”

Rai admitted that there was a lot of disquiet within the AAP too on an alliance with the Congress — which would have affected the party’s prospects in other states.

Confident of winning the Lok Sabha polls on its own strength, Rai told IANS: “We have contested elections on our own and we can do it this time as well. We won 67 seats in Assembly election. We will try to make a similar presence in the Lok Sabha elections,” Rai said.

In the 2014 Lok Sabha battle, although it was out of power by then, the AAP came second in all seven Lok Sabha seats in Delhi. The BJP won all the seats while the Congress finished third.

The Congress had backed Kejriwal to form a government in December 2013 after a hung verdict but the government collapsed after just 49 days.