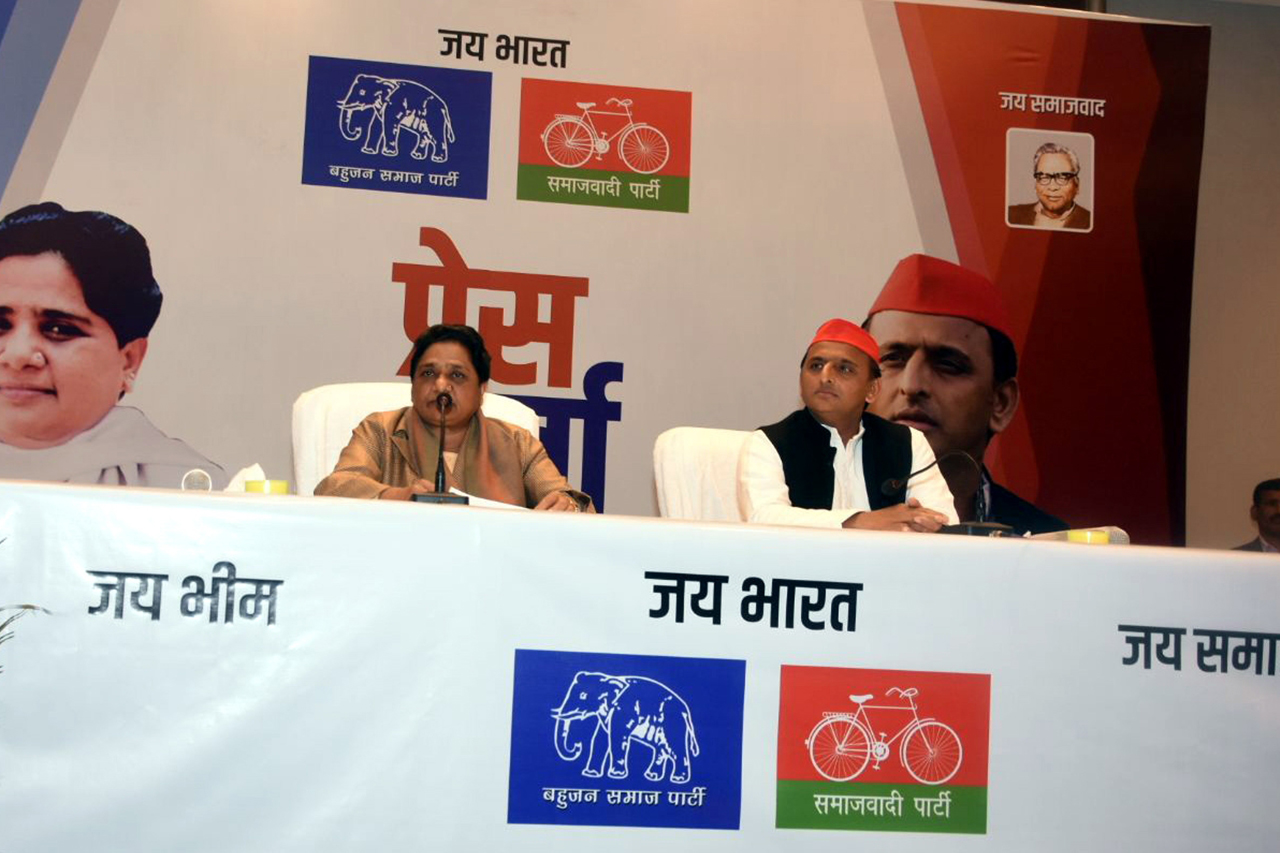 Over a month after announcing an alliance for the upcoming Lok Sabha polls, the Samajwadi Party (SP) and the Bahujan Samaj Party (BSP) announced the allocation of seats to each partner on Thursday (Feb 21).

In a statement, SP President Akhilesh Yadav and BSP chief Mayawati announced that while the SP will contest on 37 seats, the BSP will fight on 38. Amethi and Rae Bareli – the pocket boroughs of the Gandhi family – have been left for the Congress.

Two seats were initially allocated to the Rashtriya Lok Dal (RLD) but now SP has given one more seat from its quota to Ajit Singh’s party.

Out of these, the SP had won Kannauj, Azamgarh, Mainpuri, Badaun and Firozabad in the 2014 Lok Sabha elections, retained Mainpuri in a by-election and subsequently wrested Gorakhpur and Phulpur from the Bharatiya Janata Party in by-polls.

The three seats left for the RLD are Muzaffarnagar, Mathura and Baghpat. Presently, it holds the Kairana seat which it won in a by-poll.