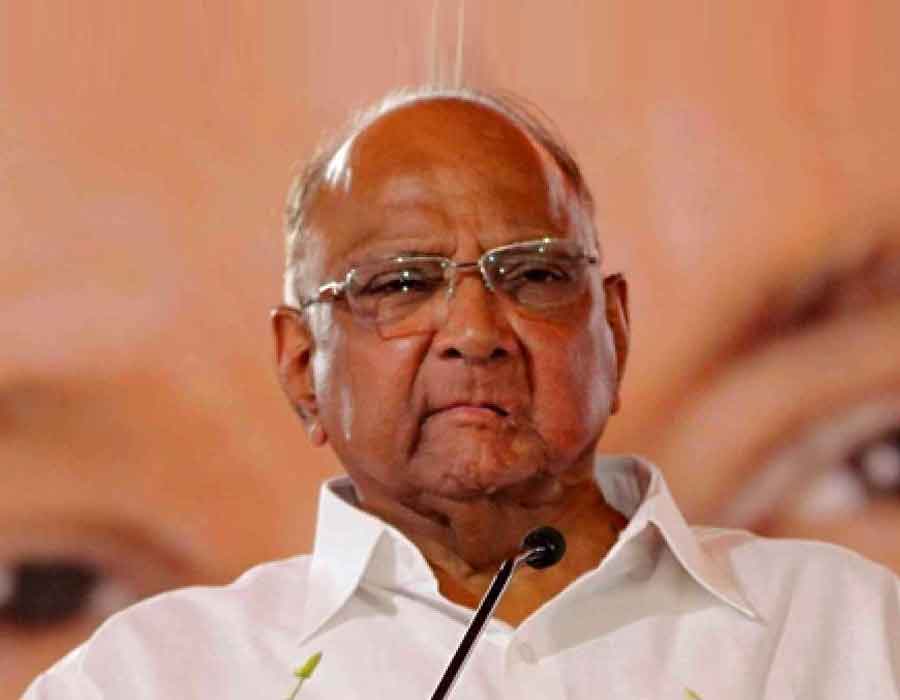 Ruling out any possibility of mid-term Assembly elections in Maharashtra, Nationalist Congress Party (NCP) President Sharad Pawar asserted on Friday that the proposed Shiv Sena-NCP-Congress government will be formed soon and serve its full five-year term.

Pawar said the three parties want to form a stable government which will be development-oriented.

“There is no possibility of mid-term polls. This government will be formed and it will complete five years. We all will ensure this government runs for five years,” Pawar told reporters in Nagpur.

Asked whether the BJP was holding discussion with the NCP over government formation in the state, the former Union minister said his party was holding talks with only the Sena, the Congress and its allies and nobody beyond these.

He said the three parties are at present working out a common minimum programme (CMP) that will guide the actions of the government being planned in the state.

Representatives of the three parties met in Mumbai on Thursday and prepared a draft CMP.

Pawar took a dig at former Chief Minister Devendra Fadnavis remark that the Shiv Sena-NCP-Congress government will not survive for more than six months.

“I know Devendra ji for some years. But I did not know he is a student of astrology too,” Pawar quipped.

Pawar took a jibe at Fadnavis over his mi punha yein (I will come again) remark.

To a question on whether the Sena would be willing to compromise on its Hindutva credentials vis-A-vis the Congress-NCP’s secular ideals, Pawar said that the Congress-NCP always speak of secularism, “that doesn’t mean we are against anybody else”.

On the power-sharing formula and who will hold the CM’s post, Pawar said everything will fall into place once the CMP is finalised and accepted by all the parties.

Political sources say that among the formulae being discussed include the Sena getting the CM’s post for full five years, the Congress-NCP getting one Deputy CM, portfolios in the ratio of Sena and NCP 14 each, and Congress 12 plus the post of Legislative Assembly Speaker.

On Sunday, Pawar is likely to meet Congress Interim President Sonia Gandhi in New Delhi and brief her on the deliberations with the Sena here and the further course of action.