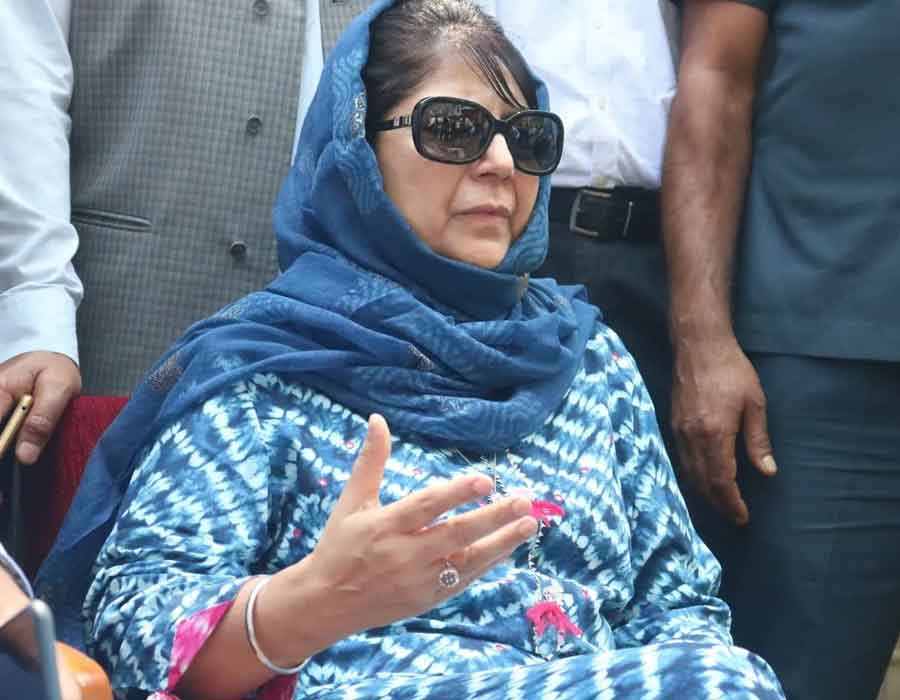 The detention of former Jammu and Kashmir chief minister Mehbooba Mufti under the Public Safety Act has been extended by three months, news agency PTI reported.

The Srinagar District Magistrate reportedly extended the continuation of Mehbooba’s custody at her residence just hours before her present term under the PSA was to expire.

Mehbooba was initially detained on August 5 last year when the Centre abrogated special status of the erstwhile state and bifurcated it into two union territories — Ladakh, and Jammu and Kashmir.

Having spent over eight months in detention at two government facilities that were designated as sub-jails, Mufti was shifted to her home on April 7 as a partial relief to her.

Mufti heads the Peoples Democratic Party (PDP) which was in power in Jammu and Kashmir in alliance with the BJP till June 2018.

Initially, she was taken into preventive custody. Later on February 5 this year, she was slapped with the PSA along with Omar Abdullah, who was released in March. Farooq Abdullah had been released early last month.

Earlier, Mufti was lodged at a government guesthouse in Chashma Shahi and a bungalow on Maulana Azad Road near Lal Chowk.

Daughter of Mehbooba, Iltija has moved a habeas corpus petition before the Supreme Court in February challenging her mother’s detention.

A three-judge bench had issued a notice to the Jammu and Kashmir administration seeking its response on the plea and posted the matter for a hearing on March 18. However, the petition was not taken up for hearing due to the coronavirus outbreak.

Habeas corpus is a writ seeking production of a person supposed to be in illegal detention before a court.