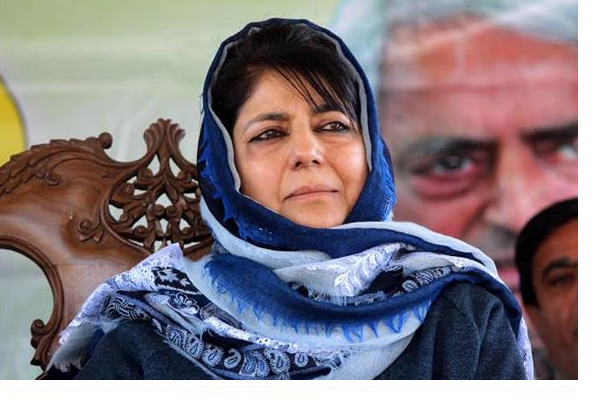 Addressing a media conference here, Mehbooba Mufti warned of an agitation over alleged encroachments over democratic space by the Governor.

“The speed at which Governor is taking decisions indicates there is a hidden hand behind with a definite agenda.

“What is the urgency to issue orders on a daily basis? If the trend doesn’t stop, we will be forced to launch a peaceful agitation,” she said, adding that the reported proposal of the Governor to give Ladakh area status of a division was one example of such hidden agenda.

“We had hoped that the Governor will be cautious in dealing with the sensitivities of the state. But, unfortunately, every day orders which add to insecurities of the people are being issued like the recent orders and controversies over J&K Bank, Roshni Act and PRC (Permanent Resident Certificate) rules.

“We respect Governor Sahib. But why is he encroaching on the democratic space? There is no emergency in issuing such orders. It seems somebody’s agenda is being implemented here,” she alleged.

The former CM said there were reports about granting the status of division to Ladakh area of Kashmir.

“There are hill development councils in both Kargil and Ladakh. All of us — PDP, National Conference and other Independents — believe that Pir Panjal and Chenab valley should be granted status of divisions if you think of Ladakh.

“We would be forced to launch a peaceful agitation if division status is granted to Ladakh and not to Pir Panjal and Chenab Valley,” she warned.