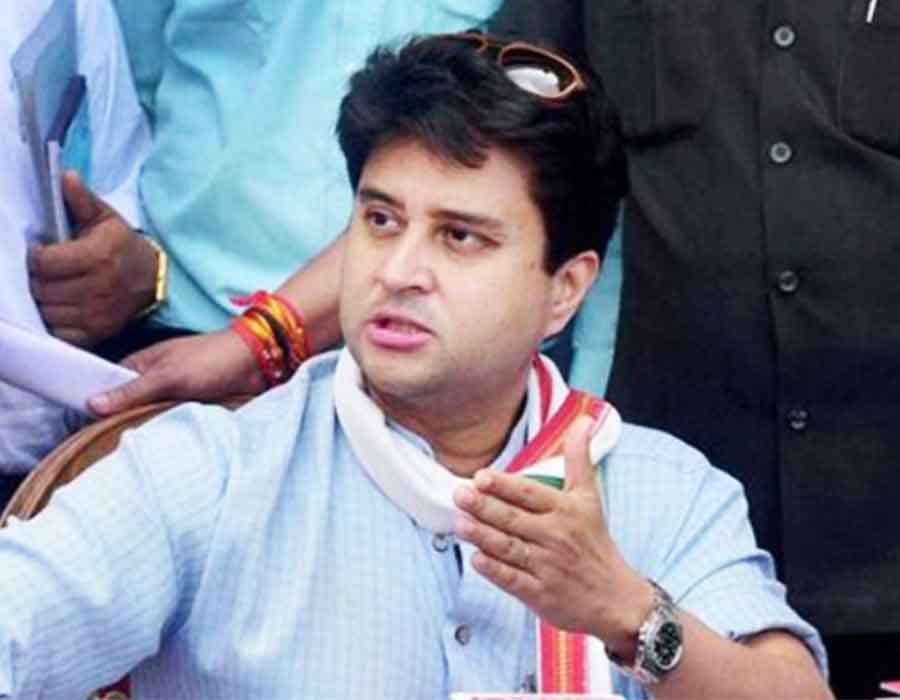 Bhopal, Amid the political crisis in Madhya Pradesh, 95 Congress MLAs reached the Bhopal airport to leave for Jaipur on Wednesday after the ruling party decided to shift its MLAs out of the state in a bid to keep its flock together.

The ruling party MLAs, who reached the Raja Bhoj Airport here in three buses around 12 noon, expressed confidence that the Kamal Nath-led state government will be able prove its majority.

They also said that 10 to 12 MLAs, out of those who resigned on Tuesday after former Union minister Jyotiraditya Scindia quit the Congress, will also support the party in the event of a floor test in the House.

“We are going to Jaipur with our MLAs. We will stay there together,” state minister Sajjan Singh Verma, considered a close confidante of Chief Minister Kamal Nath, told reporters after the Congress MLAs reached the airport.

Another minister Kamaleshwar Patel said they were confident that the Congress-led state government will prove its majority.

“We will prove our majority. We are going to Jaipur where we will sit together and discuss various issues. This is not happening for the first time. It happened earlier (also),” he said.

State minister Priyavrat Singh said all the party MLAs wanted to “relieve their tension” amid the ongoing political situation.

“So, we are going to Jaipur. We will prove our majority. We have 95 MLAs here (at the airport). Independent MLAs and BSP and SP legislators are also supporting,” Singh said.

Asked about the 19 MLAs, who are loyal to Scindia and currently staying in Bengaluru, Singh said of them, 10 to 12 legislators would also support the Congress during the floor test as “they were misled”.

He also claimed that Congress leaders are in touch with the MLAs staying in Bengaluru.

The development reduced the Congress government in the state to minority.

The state Congress unit is now making all efforts to save the Kamal Nath government.

The BJP on Tuesday night shifted its MLAs to Manesar at Gurugram in Haryana, sources in the saffron party said.

The Congress, whose tally before the rebellion was 114, has a wafer-thin majority in the Madhya Pradesh Assembly whose current effective strength is 228.

It also has the support of four Independents, two BSP legislators and one SP MLA, but some of them are now likely to switch sides to the BJP.

The BJP has 107 seats in the state Assembly