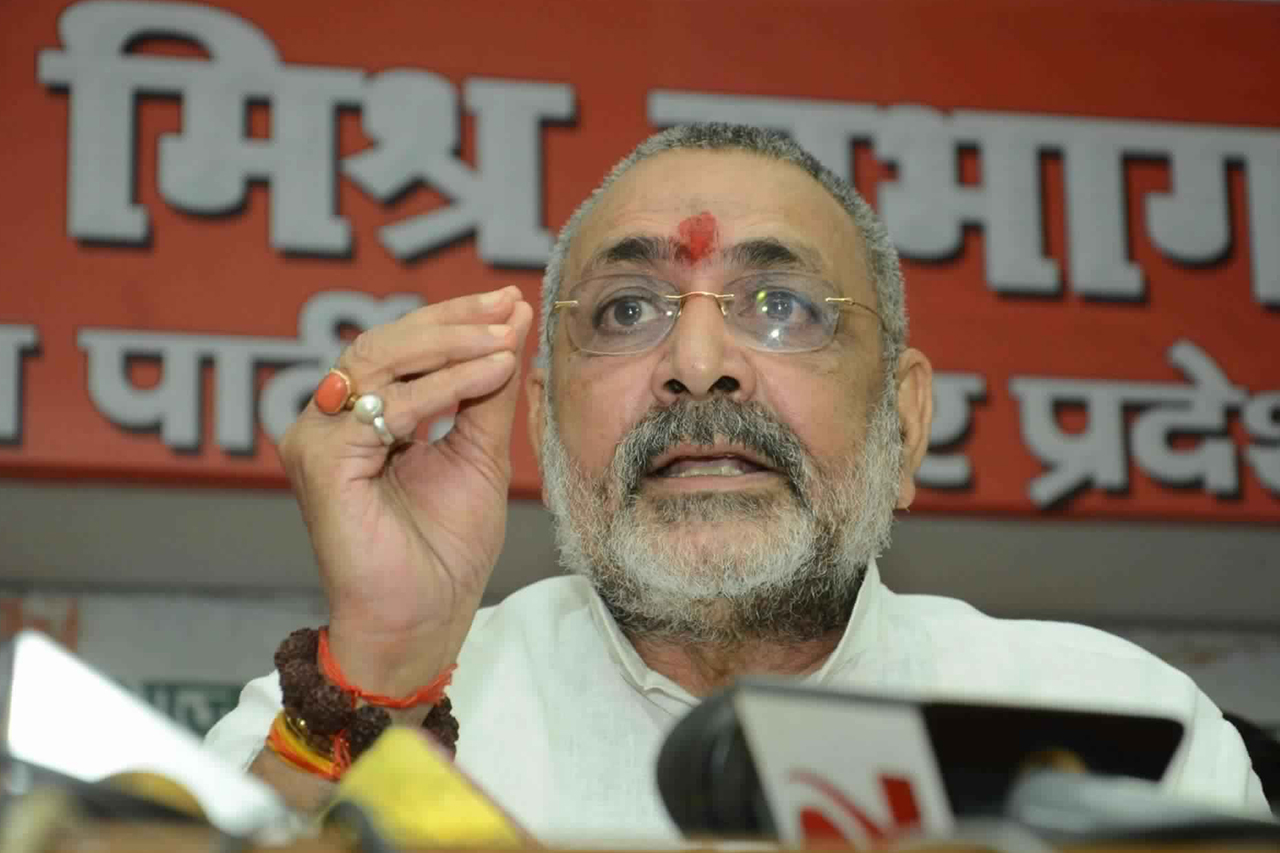 Taking an indirect swipe at CPI candidate Kanhaiya Kumar, Union Minister Giriraj Singh, who will contest for the BJP from Bihar’s Begusarai constituency, on Saturday said his fight is against “desh ka gaddar” (traitor).

Addressing the leaders and workers of the National Democratic Alliance (NDA) in Begusarai, Singh said: “I am sure that people of Begusarai will not only defeat them (traitors) but also give them a befitting reply.”

He insisted that his fight in the upcoming Lok Sabha polls is “not against any party or candidate” but against the anti-nationals.

Without naming opposition leaders including Kanhaiya Kumar, the former Jawaharlal Nehru University Students’ Union president, the Union Minister said those demanding proof of IAF’s air strike in Pakistan are not connected to reality and have no idea of people’s pulse.

“I have come to Begusarai to defeat the traitor… Anti-nationals are dreaming to win the election from Begusarai,” he said.

After expressing his unhappiness and reluctance over being given ticket from Begusarai and not Nawada, his traditional constituency, Singh has now been camping there, meeting party workers and supporters in the district.

He is expected to file nomination papers on April 9 in Begusarai.

As per the seat-sharing deal with the other National Democratic Alliance (NDA) constituents in Bihar, the Nawada seat, represented by Giriraj Singh, has gone to the Lok Janshakti Party (LJP) of Union Minister Ram Vilas Paswan.