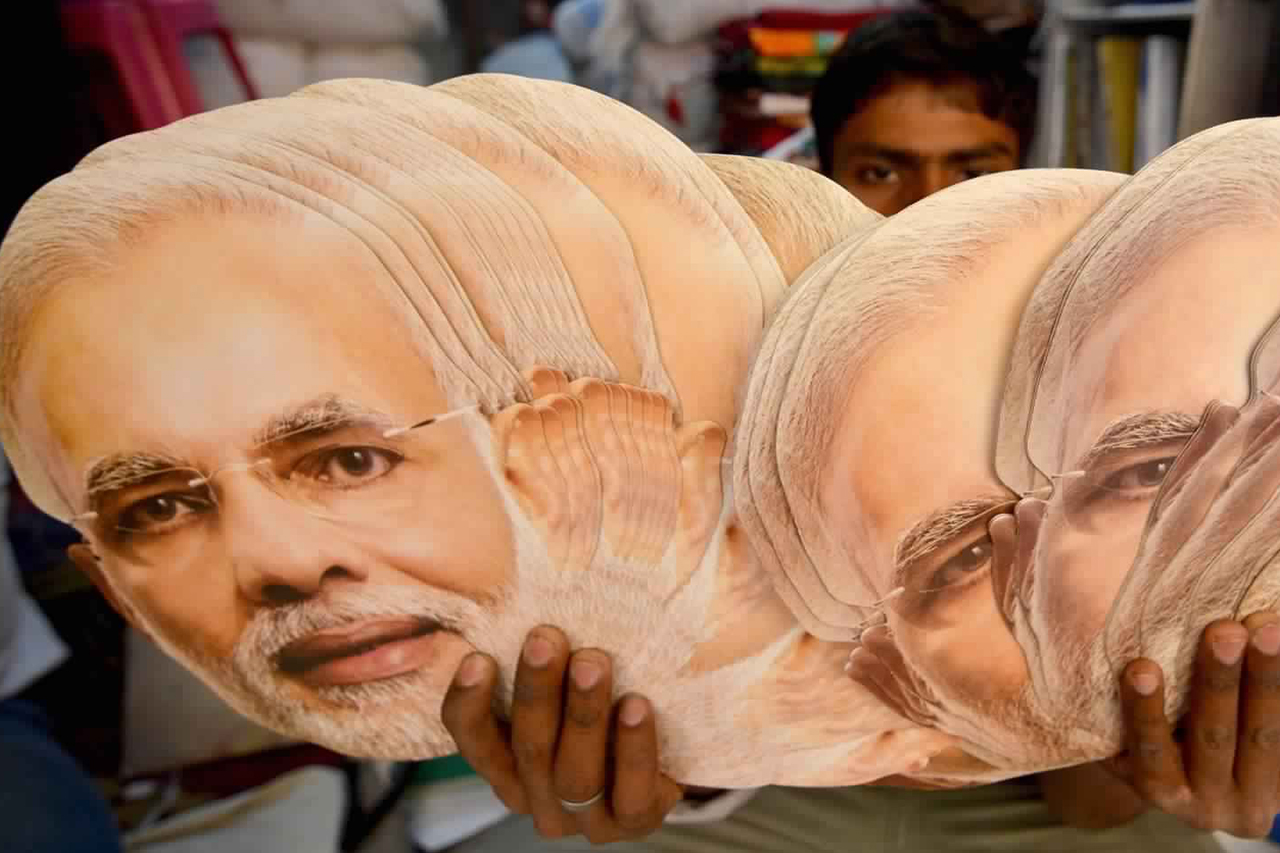 Masks of Prime Minister Narendra Modi being sold at a shop ahead of 2019 Lok Sabha elections in Kolkata.

Even as the slugfest between the BJP and opposition parties continues over alleged politicisation of the post-Pulwama airstrikes in Pakistan’s Balakot, opinion polls show that the BJP-led NDA has made substantial gains in terms of number of seats it may win if Lok Sabha elections are held now.

Polls also show that while the National Democratic Alliance (NDA)’s seat projections were on a decline since the beginning of 2018 (when it was 322) and slipped to 237 in January this year, its fortunes reversed after the government’s announcement of 10 per cent quota for economically backward sections among the forward castes and the Budget in which it announced a slew of measures for farmers, unorganised labourers and the middle class.

While not all opinion surveys are conducted consistently every month, an average of such polls indicates that the Bharatiya Janata Party (BJP)-led front managed a gain of 18 seats post-Pulwama strikes in March, taking its projected figure to 274 seats against 256 in February.

If one takes only the Times Now-VMR opinion poll (the only poll for which data was available for all three months of this year), the NDA, which was projected to win 252 seats in January, gained 18 seats and took its projected tally to 270.

This was the time when the government announced 10 per cent EWS quota in mid-January, followed by tax relief for the middle class by making income (after deductions) up to Rs 5 lakh effectively tax-free. It also announced an annual direct income support of Rs 6,000 for small and marginal farmers.

In the March poll, the first after the post-Pulwama airstrikes in Pakistan, the survey gave the NDA 283 seats, taking it across the 272-seat threshold.

The seven-phased Lok Sabha polls are scheduled from April 11 to May 19, and vote count will take place on May 23.

The ABP-Cvoter survey also gave substantial gains to the NDA government after the three major events (EWS quota, Budget and airstrikes), taking its tally from 233 in January to 264 in March, just short of the 272-mark. The poll was not conducted in February.

Somewhat similar trend could be seen in the India TV-CNX poll as well, which was conducted in March 2019 and December 2018. As per the poll, the NDA marginally improved its figure from 281 seats to 285 seats.

While the India Today-Karvy poll also reflected the declining trend of projected seats for the BJP from 281 in August last year to 237 in January this year, the result of their poll post the airstrikes is still not available.

However, irrespective of which opinion poll one considers, the undisputed trend remains that the BJP-led front has successfully turned the tide in its favour over the last two-three months by shifting the rhetoric to national security and by taking measures such as the EWS quota, tax benefits for the middle class and income support for farmers.