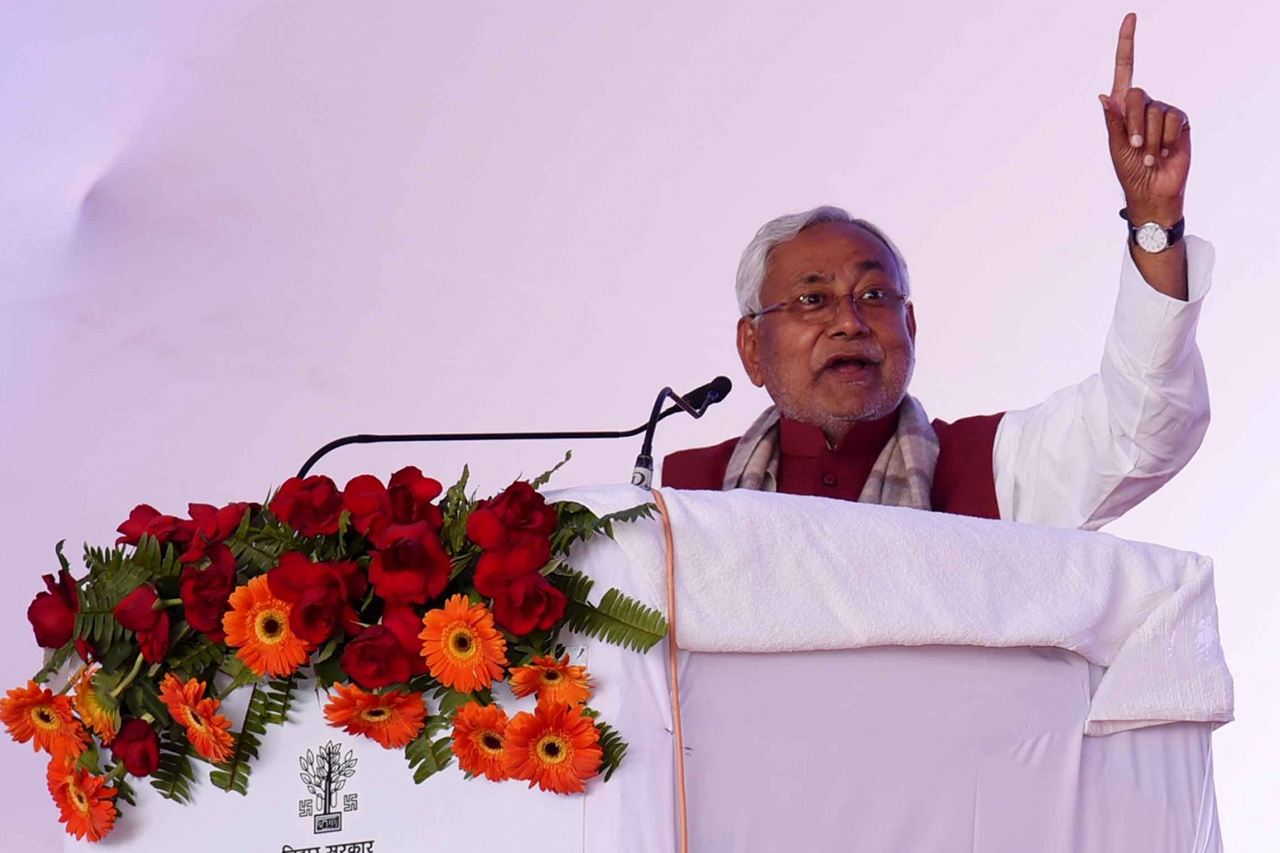 The Janata Dal-United (JD-U), which is one of the partners of the National Democratic Alliance (NDA) in Bihar, had witnessed a rise in its fortunes in the elections whenever it had contested the Lok Sabha polls with the BJP in the state since 1999.

The NDA comprising the BJP and the JD-U had shown their best performance in the state in the 1999 and 2009 elections, when they had won 41 out of 54 seats in undivided Bihar and 32 out of 40 seats respectively.

In the 1999 Lok Sabha polls, the Janata Dal-United had won 17, while its alliance partner BJP had won 24 seats in Bihar before Jharkhand was carved out in 2000.

The Congress and Lalu Prasad-led Rashtriya Janata Dal (RJD) had won four and seven seats respectively in the 1999 elections, while the Communist Party of India-Marxist and an independent candidate had won one seat each.

However, things changed in the 2004 Lok Sabha elections when the Congress and the RJD combine bounced back by winning 25 out of 40 seats in Bihar. The RJD had won 22 while the Congress managed to win three seats. Ram Vilas Paswan-led Lok Janshakti Party (LJP) also won four seats as part of the UPA alliance.

On the other side, the NDA, comprising the JD-U and the BJP, managed to win 11 seats. The JD-U won six and the BJP five.

Despite a good show in the 2004 general elections by the RJD and the Congress, a year later, the NDA alliance of the BJP and the JD-U decimated the RJD in the 2005 assembly polls in Bihar and came to power in the state by winning 143 seats altogether.

And riding high on the good governance model of Nitish Kumar, the NDA’s best performance was yet to come in the state. Under the leadership of Nitish Kumar and his deputy Sushil Kumar Modi of the BJP, the NDA won 32 seats in the 2009 Lok Sabha polls in the state. The Nitish Kumar-led JD-U, which acted as the big brother in the alliance, got the maximum share of seats by winning 22 while the saffron party tasted victory in 12 seats.

The Congress-led United Progressive Alliance (UPA), which still came back to power at the Centre in 2009, won only six seats in the state. The RJD won four seats and the Congress two seats respectively in the state.

Their ally, LJP, scored a nil in the 2009 elections, while two seats were won by independent candidates.

However, things changed dramatically for the JD-U after it pulled out of the NDA in 2013 by opposing the prime ministerial candidature of Narendra Modi. Following the exit of Nitish Kumar, the BJP scored its best-ever performance in the state after combining with the Upendra Kushwaha-led Rashtriya Lok Samata Party (RLSP) and Paswan-led LJP.

The BJP won 22 out of 40 seats while its partners LJP and RLSP won six and three seats respectively.

On the other hand, the JD-U, which had been a partner of the BJP in the state for the last 17 years and had won 20 seats in 2009, contested alone and was reduced to only two seats.

On the other hand, the RJD, the Congress and the Nationalist Congress Party (NCP) managed to win four, two and one seat respectively.

Commenting on the JD-U’s fortunes going up with the BJP, the party’s national general secretary, KC Tyagi said: “The utility of Nitish Kumar is that whenever he partners with any party, then the other party gets marginalised.”

When pointed to the party’s worst defeat in the 2014 general elections, as it won only two seats, Tyagi said, “In 2014 we were not in the election fray. The election was between Congress, RJD and the BJP. We lost miserably and got only two seats. But despite that we got 17 per cent of the votes.”

The Bihar BJP president Nityanand Rai, however, parried questions on the issue saying all the allies make the alliance stronger in the state.

“The BJP, JD-U and the LJP complete each other in the state. Altogether we had strengthened the alliance and made it stronger,” Rai said.

Six months ahead of the 2019 Lok Sabha elections, the NDA camp has witnessed a break as its partner RLSP comprising Union Minister of State for Human Resource Development (HRD) Upendra Kushwaha pulled out of the alliance. Kushwaha later announced that his party will join the Grand Alliance comprising the Congress and the RJD in the state.

Even the Hindustani Awam Morcha-Secular (HAM-S), led by former Bihar Chief Minister Jitan Ram Manjhi, which had contested the 2015 assembly polls in the state with the NDA, also joined the Grand Alliance last year.

The LJP, however, has decided to stay with the NDA after a round of negotiations with BJP President Amit Shah over “respectable seat share to the party”.

The JD-U and the BJP have announced that they will fight an equal number of seats leaving the rest of the seats for the LJP. The BJP and the JD-U will be contesting 17 seats each with six seats left for the LJP. In addition, the LJP has been offered one Rajya Sabha seat from Jharkhand.