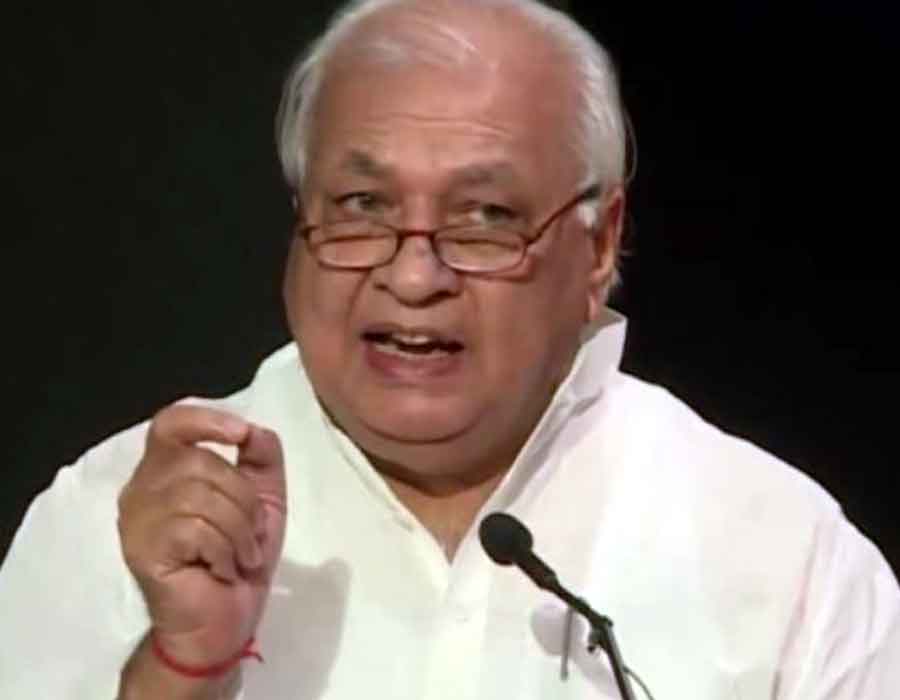 Launching an indirect attack on Shaheen Bagh protestors, Kerala Governor Arif Mohammad Khan on Friday said people obstructing public places and disrupting normal life to force their opinion on others is a form of terrorism.

“Aggression doesn’t come in the form of violence only. It comes in many forms… If you won’t listen to me, I will disrupt normal life,” Khan said while speaking at “Bhartiya Chhatra Sansad” in New Delhi.

“Dissent is the essence of democracy. There is no problem with that.

Read Also | Why Shaheen Bagh protesters are violating, and not upholding the spirit of Indian Constitution

“But five people sit outside Vigyan Bhawan and say that we shall not move from here unless this Parliament of Students adopts a resolution which we would like them to adopt. This is another form of terrorism,” Khan said in his speech.

“Don’t confuse things. Don’t try to impose your thoughts in the name of (freedom of speech and) expression on to others,” he noted.

On the issue of abrogation of article 370, he said, “There is nothing left in Article 370. Just read about it a little.”

“But when the house gets empty, and when there is no one to live inside, then many ghosts wander in that house. This is how ghost of terrorism has come in,” he said.

“The article 370 has been abrogated. I don’t want to make any big claim from here. But the way things are getting normal (in Kashmir), I don’t have an iota of doubt that we will be able to finish terrorism to a large extent.