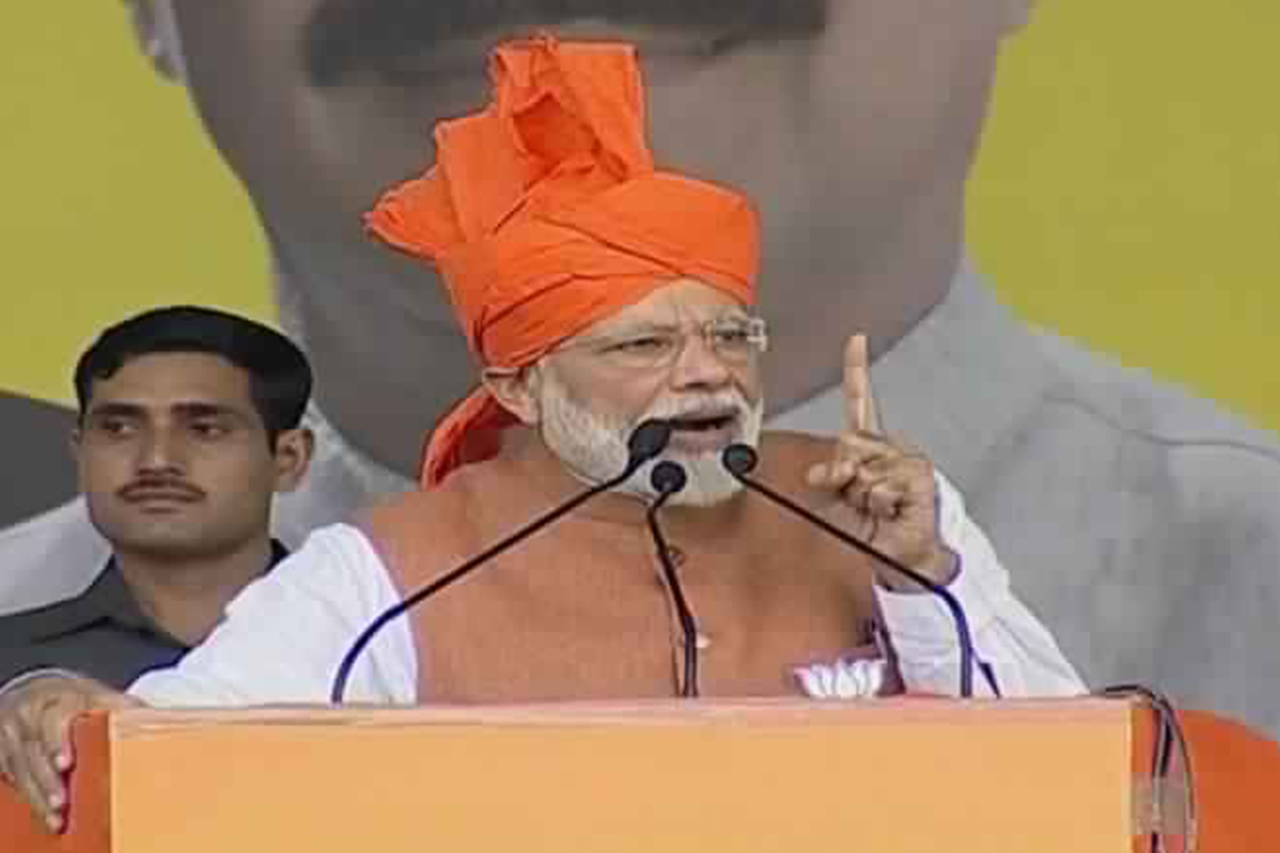 Accusing the Congress, PDP and the National Conference of being biased against the Jammu region, Prime Minister Narendra Modi on Thursday claimed that Pakistan wanted him to lose the Lok Sabha elections.

“Pakistan is praying that the ‘chowkidar’ should somehow lose the elections so that this mixture of sorts comes to power in Delhi,” he told a BJP election rally here, referring to the opposition parties who want to unseat him in the April-May battle.

“Those who devise policies and strategies for the Congress come on national media and social media to give a clean chit to Pakistan and terrorists,” Modi added.

The Prime Minister then played the Kashmir-versus-Jammu card by saying that the Congress, the Peoples Democratic Party (PDP) and the National Conference (NC) have always discriminated against the interests of Jammu’s people.

Modi started his speech in Dogri saying: “I am very fortunate that I am here again to bow before Mata Vaishno Devi and Baba Jatoo.

“Dogras are a sweet people, as is their language. I would hear these proverbs when I worked as a party worker here. It is my good fortune that on the very first day of seeking votes for my party, I have come to Jammu.”

Launching a scathing attack on the Congress and its leadership, Modi said: “I am surprised at what has happened to the Congress. It is difficult to believe whether it is the same Congress that had Sardar Patel and Subhas Chandra Bose.

“My soul says this is not that Congress. In order to fight Modi, Congress leaders are unable defend the national interests.

“After Balakot, Congress leaders are speaking in a language against the national interests… Their statements are being cheered in Pakistan.

“The Congress has joined hands with those people who praise Pakistan and say ‘Pakistan Zindabad’.

“It is because of the PDP, Congress and NC that Kashmiri Pandits had to undergo such suffering,” he added, referring to the mass migration of Pandits from the Kashmir Valley in the early 1990s. “It is these three parties which are interested in dynastic rule.

“The country’s defence and security are not a priority for these three parties.”

Modi went on: “It is for the first time that those running terror factories across the border are shaking in fear. Militants think twice before crossing into our side of the border. The Congress is incapable of taking any major decision.”

“Whether terrorists are in India or outside, they must realize that any step against India will cost them heavily. Terror funding and its links are being challenged. Groups supporting terrorism are being banned. (So) Congress, PDP and NC are abusing the chowkidar.”

Modi spoke about various development projects in the state, of reservations for border residents, hydro-power and road connectivity projects, free gas connection, recruitment of 30,000 youth from border areas in security forces, 20,000 bunkers for safety of border residents and enhanced ex-gratia to those killed in Pakistan firing.

“You have to trust the chowkidar to usher in an age of peace, progress and development.”