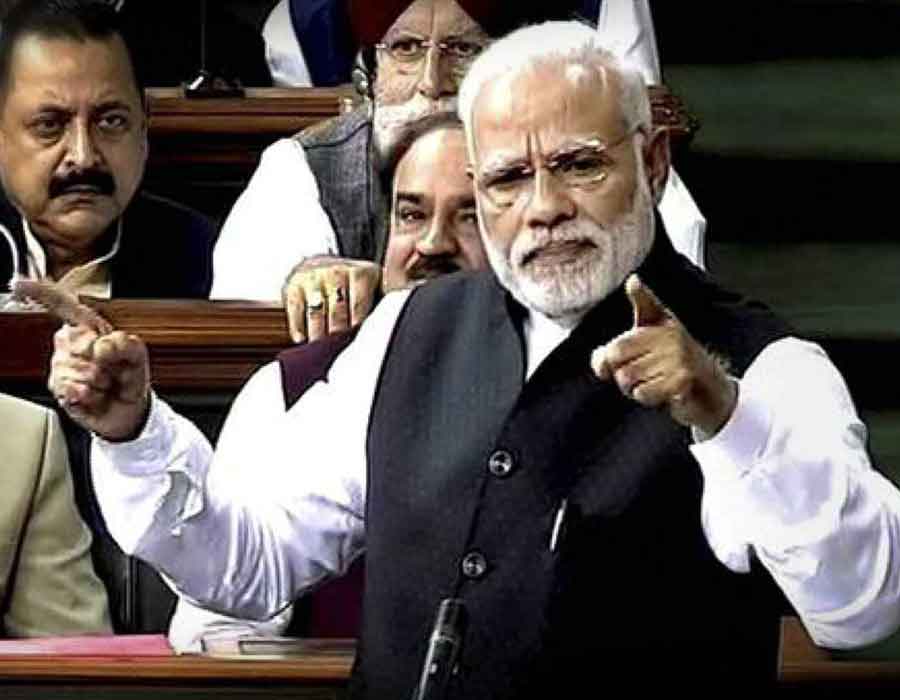 The Union Cabinet has cleared a trust for the construction of Ram temple at Ayodhya. Prime Minister Narendra Modi on Wednesday informed the Lok Sabha that a Ramjanmabhoomi teertha kshetra has been formed which will decide on the construction of the temple.

Prime Minister also said the entire land along with the Ramjanmabhoomi which includes 67.77 acre in Ayodhya has also been given to the Trust.

Prime Minister said as per the Supreme Court order, 5 acre land will be given to the Sunni Waqf Board for construction of a mosque.

Read Also | Delhi needs govt that will not resort to appeasement: PM Modi

He said the Uttar Pradesh government will provide the land to the Muslims.

Prime Minister also thanked the people of India for showing utmost restraint in the aftermath of the Supreme Court judgement on Ayodhya land dispute.

On November 9 last year, the Supreme Court in a historic judgment gave the Ramjanmabhoomi to Hindus for the construction of temple rejecting the claims of the Muslims.