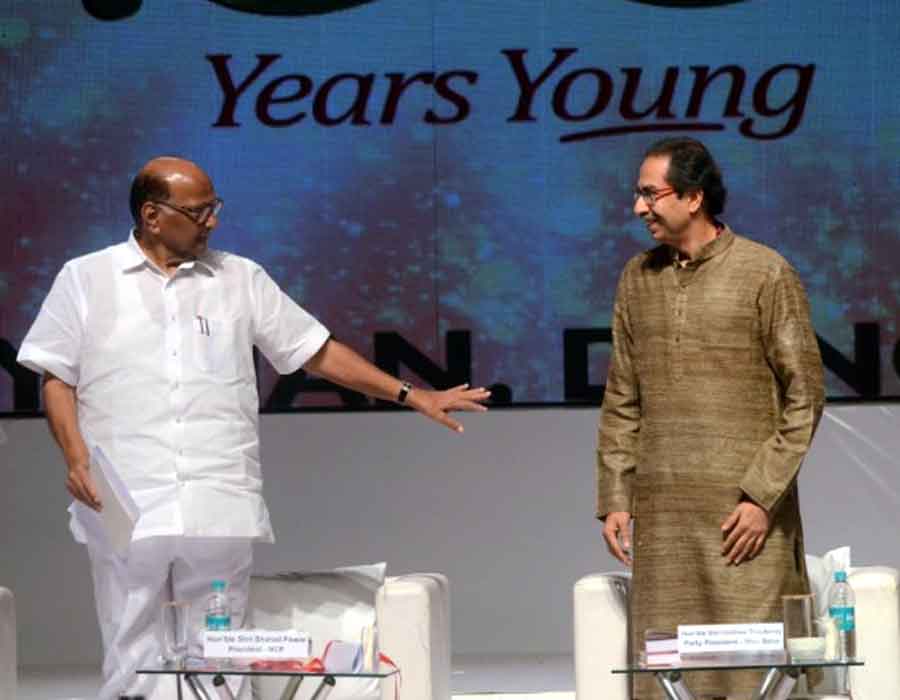 “Law and order is a state subject. It is not proper to encroach upon the rights of the state. Maharashtra’s support to the move is also unfair,” Pawar said in a media interaction.

This is the first instance wherein Pawar – the architect of the MVA alliance of Shiv Sena-NCP-Congress – has taken public stance opposing the CM in the fledgling 75-day old government.

The 79-year old leader’s annoyance came after a Pune Sessions Court transferred the case to the NIA and directed all accused to be produced before the Special NIA Court in Mumbai on February 28 where the matter will be heard henceforth.

NCP leader and state Home Minister Anil Deshmukh had said yesterday that the CM had used his discretionary powers to effect the takeover from Pune Police to the NIA though the Centre should have first discussed the matter with the state.

After initial resistance, the state government came around to the view that it had no objections to the transfer of the case to the NIA, as dictated by the Centre last month.

The Centre’s move came barely a couple of days after Pawar had written to the CM to set up a Special Investigation Team to re-investigate the case including the role of the Pune Police, while several NCP and Congress leaders have termed the entire case as fabricated and the Centre’s move as ‘unconstitutional’.

After Pawar’s letter, Deputy CM Ajit Pawar had convened a meeting of the home department and others to review the status of the case, and immediately thereafter, the Centre decided to hand it over to the NIA on Jan. 25.

Later today, the Bombay High Court rejected the anticipatory bail applications of two activists and accused in the case – Gautam Navlakha and Anand Teltumbde – but gave them four weeks protection to file an appeal in the Supreme Court.

The case dates back to the Dec. 31, 2017 Elgar Parishad in Pune, followed by the caste riots next day, Jan. 1, 2018 in Koregaon-Bhima, and subsequently the nationwide swoop on over a dozen activists in June-August 2018.

The activists and intellectuals were charged with harbouring Maoist links, indulging in anti-national activities, planning to create political disturbances, preparing to wage a war against India, conspiring to assassinate Prime Minister Narendra Modi and plotting to overthrow the government.