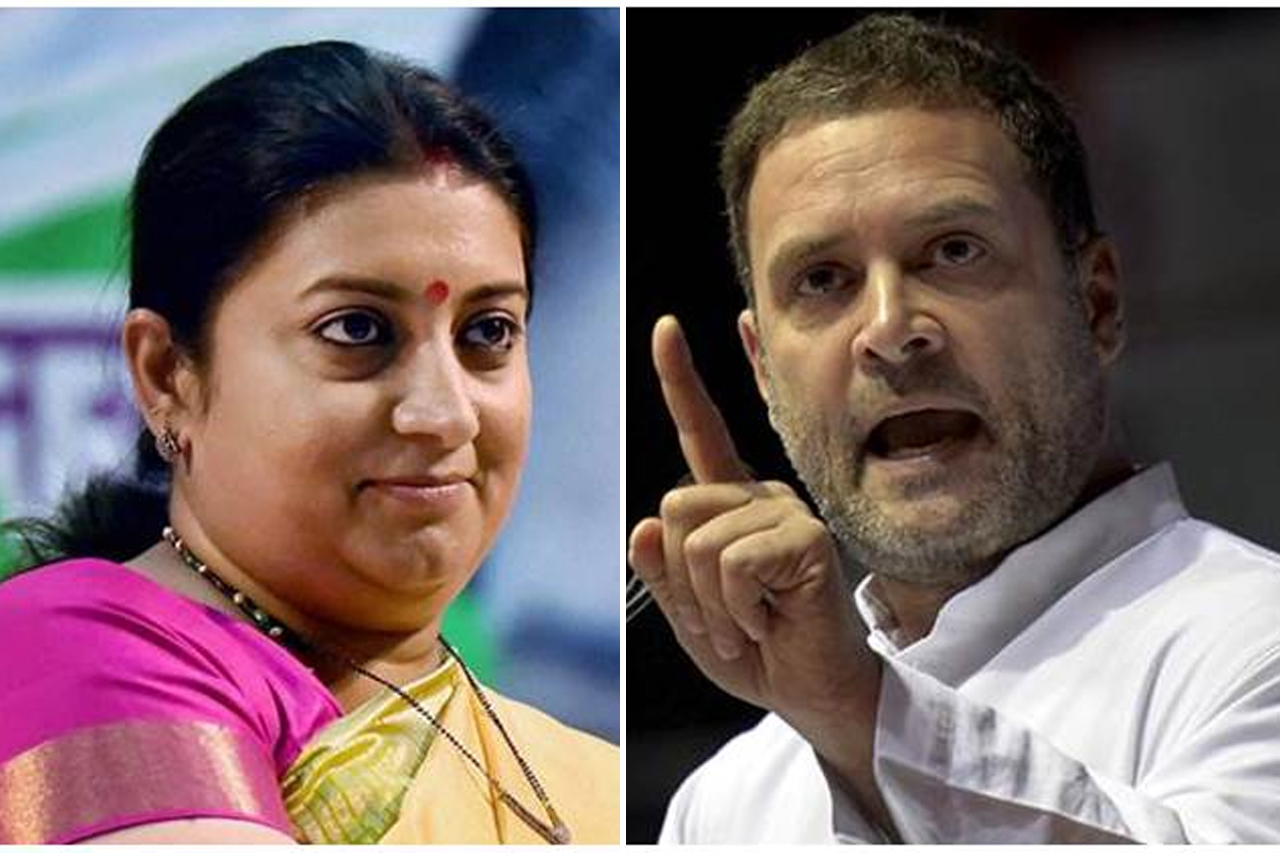 File pic of Smriti Irani and Rahul Gandhi. The BJP has again given ticket to Irani from Amethi.

Union Minister Smriti Irani, who challenged Rahul Gandhi in his Amethi bastion in the 2014 Lok Sabha elections, will again take on the Congress President from the high profile parliamentary constituency in the upcoming general elections.

In the last Lok Sabha polls, Rahul Gandhi had defeated Smriti Irani by a margin of over one lakh votes. However, his victory was far less impressive than in most earlier Lok Sabha elections in Amethi.

The seat has long been a stronghold of the Congress, which hasn’t been defeated here in the last three decades barring 1998, when the BJP’s Sanjay Singh defeated Satish Sharma of the Congress by a margin of 23,270 votes. Amethi was regained by the Congress in 1999 when Sonia Gandhi was elected as MP from there.

In the past, Amethi constituency has been represented by Congress heavyweights like Sanjay Gandhi, Rajiv Gandhi and Sonia Gandhi.

Things have become even more worrisome for the Congress after the Uttar Pradesh Assembly elections in 2017, when the BJP managed to win four of the five Assembly seats under the Amethi Lok Sabha constituency.

The Congress has already declared Rahul Gandhi as its candidate from Amethi.

After Smriti Irani’s name was announced on Thursday, she took to Twitter to thank Prime Minister Narendra Modi and the top BJP leadership for fielding her again from the seat.

“It will be a matter of pride for me to bloom Kamal (BJP’s election symbol) in Amethi and strengthen the party in Parliament,” she said, adding, “Kamal Ka Phool Khilana Hai, Naya Itihas Banana Hai (we have to make the lotus bloom and create new history)”.

Irani continues to visit Amethi and keeps the party cadre in the parliamentary constituency motivated by keeping in touch with them.

Irani, who joined the BJP in 2003 and entered the Rajya Sabha in 2011, got a big boost when she was made the Human Resource Development Minister soon after the formation of the BJP-led government in 2014.

She was shifted to the Textiles Ministry in 2016 that led to speculation that her influence within the party had waned. There was similar speculation when she was moved out of the Information and Broadcasting Ministry after almost a year.

Irani, who joined politics after working in television serials, took on Congress heavyweight Kapil Sibal in Delhi’s Chandni Chowk seat in the 2004 Lok Sabha polls and lost. She has served the party in various capacities, including as BJP national secretary and president of the BJP’s Mahila Morcha.