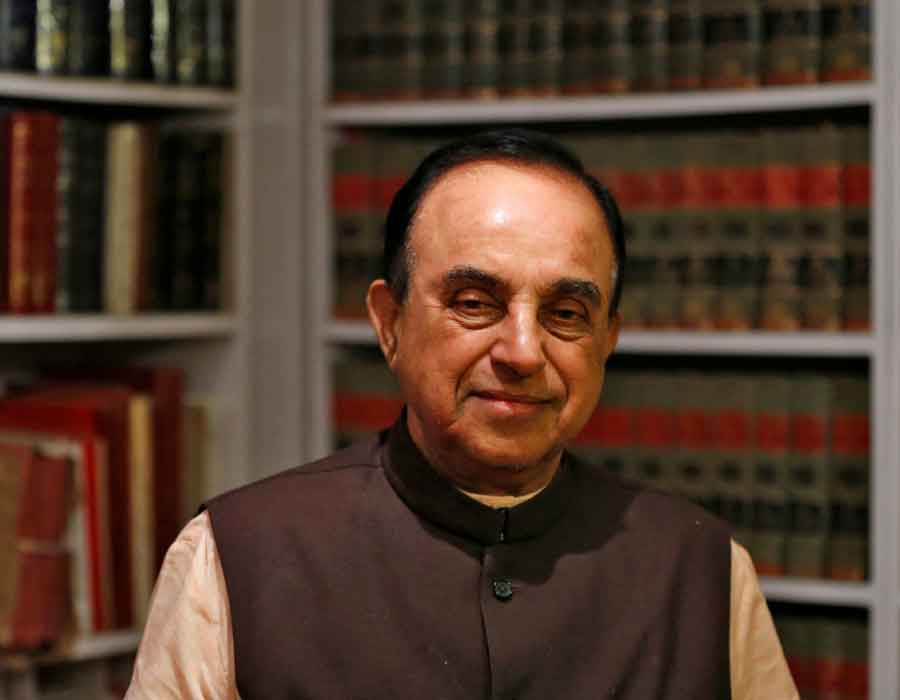 BJP MP Subramanian Swamy has announced that he would be prosecuting United Nations Under Secretary General Adama Dieng for levelling baseless allegations against him.

Earlier, United Nations Under Secretary General Adama Dieng had referred to Swamy’s interview to “Vice” and accused the BJP leader of making “hate speech” against Muslims.

In a tweet, Swamy claimed that he has received the backing of the BJP top brass over his decision to prosecute Adama Dieng.

“I am honoured & encouraged to receive from the BJP National President J.P. Nadda and office bearers their best wishes for success on my endeavour to prosecute for defamation the United Nations Under Secretary General Mr Adama Dieng. I am also thankful to the MEA for facilitation,” Swamy tweeted.

On Monday, UN Under Secretary General Adama Dieng alleged that Swamy made statements like “all people are not equal”, and that “Muslims are not in an ‘equal category’ as others”. Adama Dieng further said that such remarks were extremely alarming.

“Hate speech and the dehumanisation of others go against international human rights norms and values,” he had added.

Reacting to Adama Dieng’s charges, Swamy demanded from the UN official to reveal “the source or medium” of the alleged statement attributed to him.

Swamy also shot off a letter to Foreign Secretary Harsh Shringala stating that he intends to prosecute for defamation Adama Dien for relying on a “Pakistani owned TV’s cut and paste interview”. 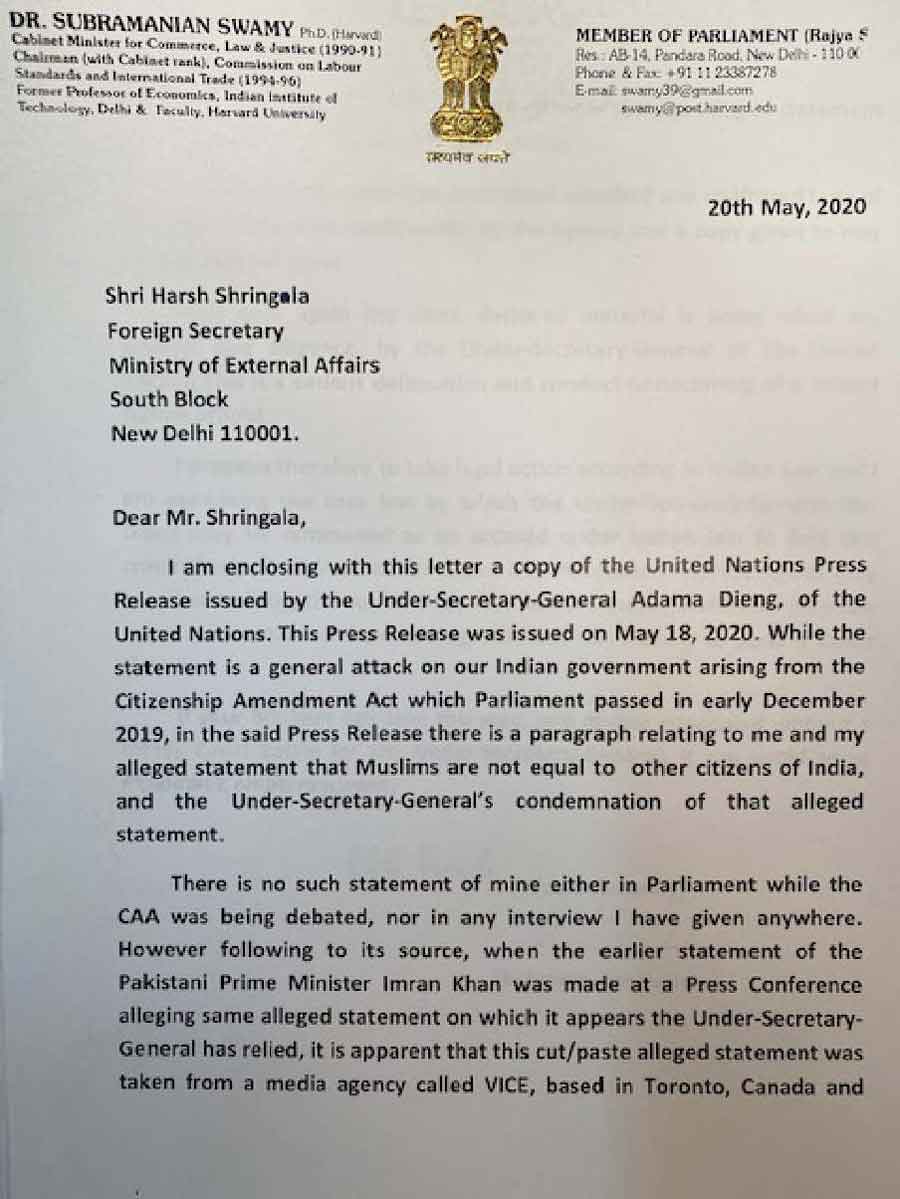