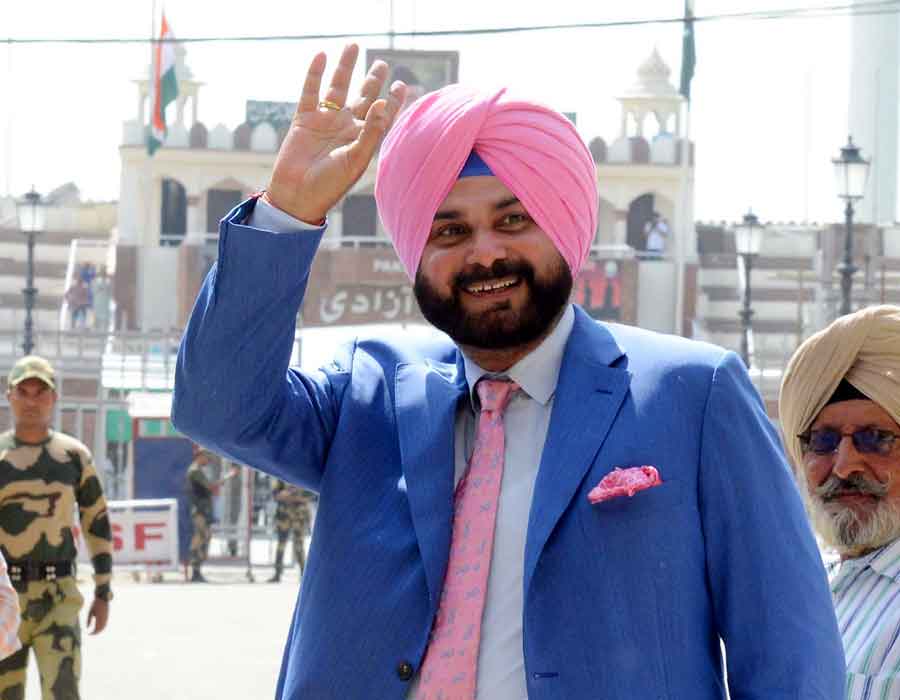 As his Congress government in Punjab is about to complete its three years, cricketer-turned-politician Navjot Singh Sidhu, who has been lying low since his resignation from the state Cabinet in July last, on Saturday launched his own channel on YouTube to make his connect with the people.

In his maiden video, a sulking Sidhu who met interim party President Sonia Gandhi in New Delhi on February 27 and apprised her of the political situation in Punjab, said he would communicate with the people in a simple way through his channel.

He promised to be vocal on “burning issues” and would strive to carve out a concrete roadmap for the resurrection of Punjab as a welfare state.

Read Also | IPL 2020: My govt will work with all to restore statehood to Jammu and Kashmir at the earliest: PM Modi

The video-sharing platform ‘Jittega Punjab’ (Punjab Will Win) invites all like-minded people to share their views.

A communication by Sidhu’s office said: “It is a platform to propel Punjab towards revival and renaissance. After nine months of contemplation and self-renewal, the former minister, four-term Member of Parliament and MLA Amritsar East will be vocal on the burning issues of Punjab and strive to carve out a concrete roadmap for the resurrection of Punjab as a welfare state.”

Appealing to the people to join him and “be part of the resurrection”, Sidhu, who has never been far from controversies, even hogging the limelight as a fallout — whether for good or bad, said: “The whole world is my country, all mankind my brethren, to do good my religion – Inspired Sidhuism.”

“The icons of the channel are Maharaja Ranjit Singh and Shaheed-E-Azam Bhagat Singh. They are the epitomes of our glorious past, good governance, courage, sacrifice and role models for our future generations,” he said.

The Jittega Punjab logo is inspired by Punjab’s state bird, the northern goshawk or ‘baaz’. The bird is known as a symbol of strength and tenacity.

The cricketer-turned-politician had resigned from his post as a Cabinet Minister in the state on July 14, 2019 after differences with Chief Minister Amarinder Singh over portfolio allocation. Sidhu was in-charge of local bodies but was shifted to the Power Department.

However, the tension was simmering between the two leaders when former minister and Sidhu’s wife Navjot Kaur was denied a party ticket for the Lok Sabha elections, said sources.

Political observers believe Sidhu’s assertions through his own YouTube platform is at a time when a simmering dissent is brewing between Chief Minister Amarinder Singh and his legislators over the government performance and working.

Congress sources suggest to the IANS that the cause of provocation is disconnect or deliberate side-stepping of a certain section of legislators, who say unbridled powers to handful bureaucrats is hampering their day-to-day working and deliberately ignoring the party’s interests.

“Those who become chief ministers, or are in power, don’t even think about other senior leaders who have contributed. The party should take every leader of the state in confidenceaIt is an alarm bell for the party to listen to party workers and leaders and use them in right manner,” he told the media.

Some ministers, it is learnt, believe the bureaucracy is ruling the roost, political feedback is not taken periodically and the Chief Minister’s Office works in incognito.

Speculations in political circles are rife that Sidhu may join the AAP ahead of the 2022 Assembly elections.

An indication in this regard has been given AAP MP Bhagwant Mann.

But seeing the tone and tenor of Amarinder Singh’s recent assertions, Sidhu’s “rehabilitation” in political circles is not seen till the fag end of the government.

In his latest “snub” with the Pakistan Railway Minister Sheikh Rashid’s disclosure that Kartarpur Corridor was the brainchild of their Army Chief General Qamar Javed Bajwa, Amarinder Singh, 77, also urged Sidhu to be more cautious in his dealings with the Imran Khan government.

The “scion of Patiala”, who fought in the 1965 India-Pakistan war, advised Sidhu not to allow his personal friendship with the Pakistan Prime Minister cloud his judgement in any way, as that could be harmful for India’s interests.

The Congress had won 77 seats in the 117-member state assembly in 2017 after projecting Amarinder Singh as its chief ministerial nominee, only one short of 78 figure required for a two-thirds majority.

In the October assembly by-election, the Congress won three seats, while the opposition Shiromani Akali Dal won one.