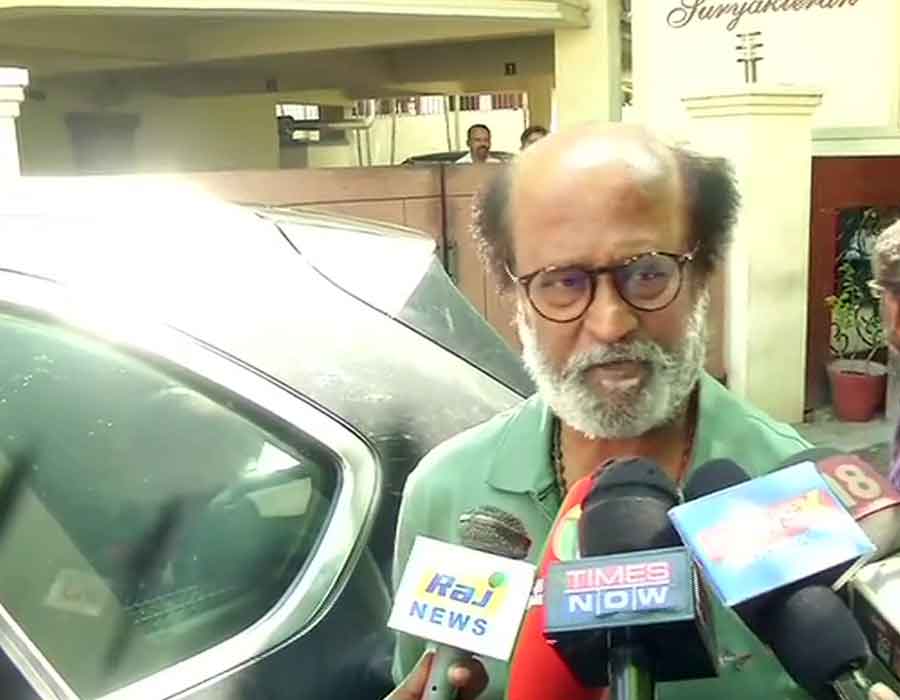 Southern superstar Rajinikanth on Wednesday said he will be the first person to come in the support of the Muslim community if the Citizenship Amendment Act (CAA) affected them in anyway.

He also said that the political parties for their own self-interest and religious leaders were joining the protesters, which was wrong.

Answering reporters over his silence on the CAA, Rajinikanth said the Central government has clearly said that Indian citizens will not be affected by the Act.

He said Indian Muslims have stayed back here in their “janmabhoomi” during the partition in 1947, and how could they be sent back.

“If something like that happens, I, Rajinikanth will be the first person to voice in their support if they were affected,” he said.

Rajinikanth urged the students to get detailed information before joining any protest as any police first information report (FIR) registered against them will spoil their future.

He also told the students that if they do not do research, then the pollical parties will use them.

Queried about the Sri Lankan refugees, Rajinikanth said they should be given dual citizenship.

According to him, National Population Register (NPR) is very essential as it tells who are the foreignors and who are the Indians.

Rajinikanth also said that he has not done any illegal business and is a prompt and honest tax payer.