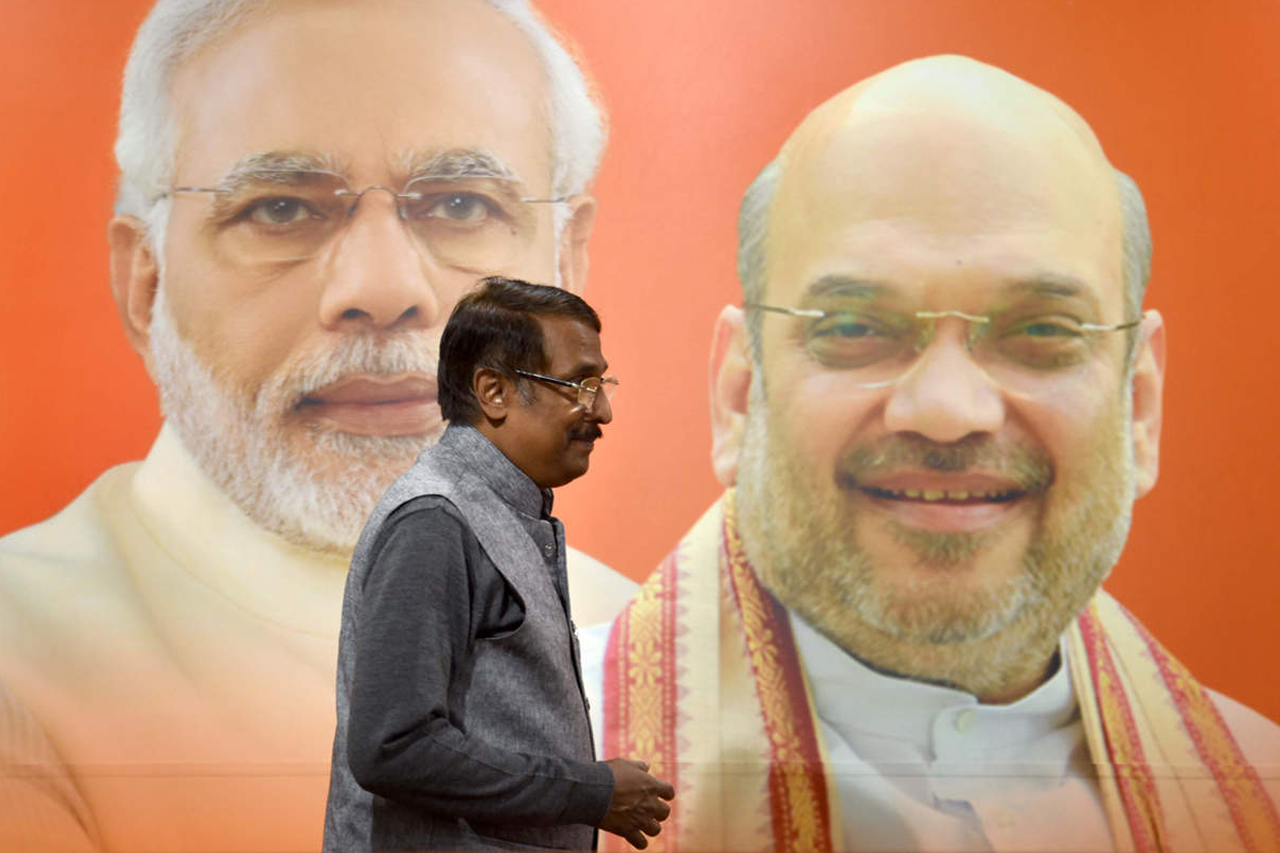 Congress president Rahul Gandhi on Friday said that Tom Vadakkan is not a big leader. He said this when asked about the Nehru-Gandhi family loyalist’s decision to join the Bharatiya Janata Party (BJP) ahead of the Lok Sabha election 2019.

“Vadakkan? No, no Vadakkan is not a big leader,” he said during a brief interaction with media persons.

Trying to bring focus on the three issues that the party has been attacking the BJP and PM Modi on, he said: “The biggest issue is unemployment. Narendra Modi fail. The second big issue is that of corruption. You must have heard of Rafale. And the third issue is of farmers.”

In a jolt to the Congress ahead of the Lok Sabha elections, Tom Vadakkan, its spokesperson and until now a Nehru-Gandhi family loyalist, on Thursday joined the BJP complaining about “dynastic politics reaching its zenith”.

The announcement came on a day Congress President Rahul Gandhi was in Kerala, to which Vadakkan belongs.

Bharatiya Janata Party leader Ravi Shankar Prasad told the media that Vadakkan had been impressed by the work done by the Modi government.

Vadakkan, in his remarks, took veiled potshots at party chief Rahul Gandhi and said phenomenon of “use an throw” has started. He said he had given 20 prime years to the Congress “but dynastic politics has reached its zenith which has become blinding for the wokers”.

“The phenomenon of use and throw has started and I think it is just not acceptable to self-respecting workers. That’s why I am here,” he said.

Vadakkan also said he was deeply hurt over the way the Congress raised questions in the aftermath of the suicide bombing at Pulwama that killed 40 CRPF personnel and triggered major India-Pakistan tensions.

He said the reason why he left Congress with heavy heart was “because the attack by Pakistani terrorists on our land and the reaction from my party was sad indeed”.

“It hurt me deeply when you questioned the integrity of the armed forces. It is not the question of ideology. It is of love for the country,” he said.

He said if a party takes a position which is “against the interests” of the country, “what alternative are you left with?”.

He praised ‘Modi’s development narrative and said he was impressed by the hard work he has done to change India’s perception globally.

He thanked BJP chief Amit Shah for showing trust in him and Modi for wishing him good luck.

He said the narrative of the country should be above political agenda of parties.

Vadakkan tried, but failed, in the past for a Congress ticket for Lok Sabha elections from Kerala due to opposition from the local party unit.

With the BJP making inroads in Kerala, which has a large Christian population, Prasad noted that Vadakkan was from the “Roman Catholic family” — an oblique reference to Sonia Gandhi’s Christian origins.

Union Tourism Minister Alphons Kannanthanam is also a prominent leader from the minority community from Kerala in the BJP.

Vadakkan has handled the crucial communications department for many years when Sonia Gandhi was the Congress President. He was AICC Secretary and then became a spokesperson.

As secretary of the media department, he was on the podium during press conferences held by party spokespersons.

Sonia Gandhi has been the longest serving Congress chief and most media queries about her meetings and engagements after her entry into politics in 1998 and during the UPA regimes were handled by Vadakkan. He was part of the first media team constituted by Sonia Gandhi.

After being appointed spokesperson in March 2015, Vadakkan passionately articulated the party’s viewpoint and slammed the Modi government.

Congress sources said Vadakkan, who hails from Thrissur, had quit because he was not getting ticket to fight the Lok Sabha elections.

He can be fielded by the BJP in the Lok Sabha elections from Kerala.

Congress leaders in Kerala, however, insisted that Vadakkan’s departure was a non-issue for the party.

Congress spokesperson Joseph Vazhakken said in Thiruvananthapuram: “We have only seen Vadakkan on TV channels. In Kerala he has had no space or role. His leaving is not going to affect us in any manner.”

Congress Secretary and former MLA P.C. Vishnunath said he failed to understand the noise over Vadakkan joining the BJP.

“Vadakkan is one person who will not be able to make any impact even in a local body in Kerala. Who is he? Our only plea to the BJP is to see that they retain him forever,” he said.

But Kerala BJP President P.S. Sreedharan Pillai said that many more Congress leaders were expected to join the party.

“Vadakkan is just one. You just wait and see, more are coming. But I will not reveal who they are,” said Pillai.