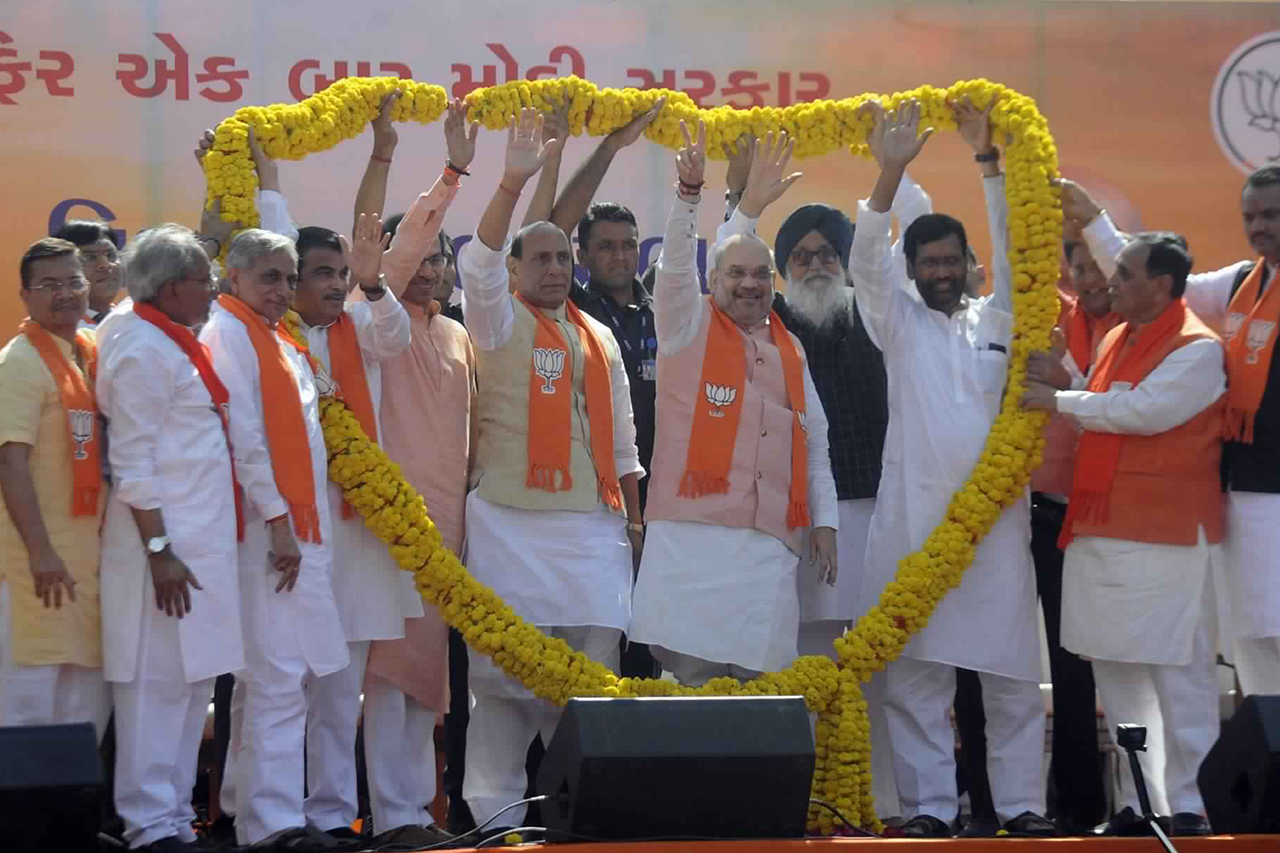 Shiv Sena chief Uddhav Thackeray on Saturday showered praise on Prime Minister Narendra Modi and hit out at opposition parties and said that the differences between the BJP and Sena have ended.

Addressing a gathering before BJP President Amit Shah filed his nomination papers, Thackeray said it was Hindutva and nationalism that had brought the two parties together again.

“There were differences but they have been overcome. All the controversies have come to an end. Hindutva and nationalism are the ideological core of both the parties,” he said to cries of “Bharat Mata ki Jai”.

“My father (Bala Saheb) used to say that Hindutva is our breath and we cannot live without it.”

He said some political parties were celebrating when the BJP and Shiv Sena had differences but were taken aback to see him here in Gandhinagar on Saturday.

“There are 56 opposition parties who have joined hands but their hearts have not yet met. We have one leader. Who is your leader? Who will be your Prime Minister? Everybody is an aspirant there and infighting has already begun for the post,” he said.

Thackeray said: “We had our own issues and we raised it (with the BJP). We don’t believe in the culture of backstabbing. I have come here to support wholeheartedly.”