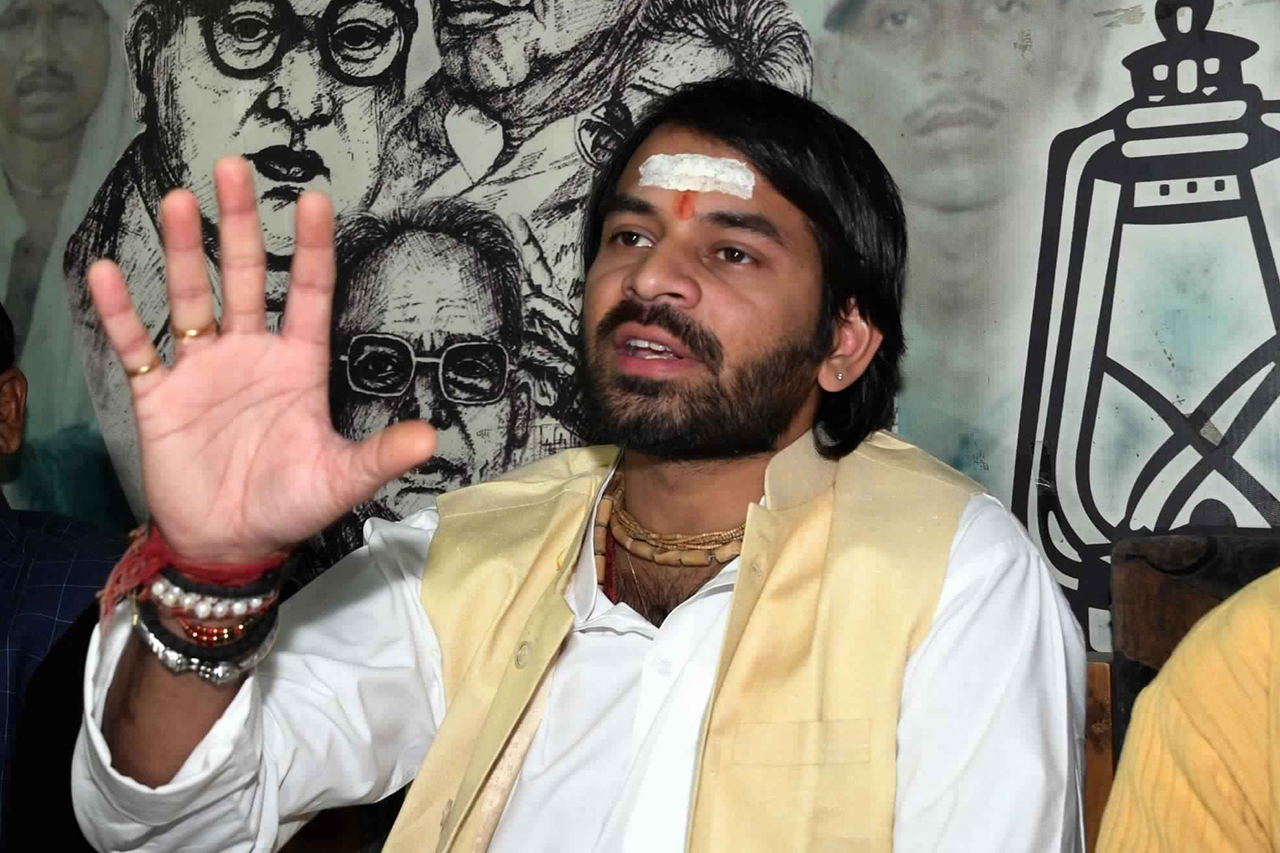 File pic of Tej Pratap Yadav. He was reportedly pained because his request to accommodate two of his supporters as candidates in the Sheohar and Jehanabad Lok Sabha seats was rejected.

Upset over being sidelined in the party and the family, Tej Pratap Yadav, elder son of RJD chief Lalu Prasad, on Thursday resigned as patron of the RJD student wing ahead of the Lok Sabha polls, dealing a blow to Bihar’s main opposition party.

“I am resigning as patron of RJD student wing. Those who think I am naive are mistaken,” tweeted Tej Pratap Yadav, a former Bihar Health Minister who has been having simmering disputes with his younger brother and the more active Tejashwi Yadav.

Tej Pratap Yadav added that he knew who wields what kind of influence in party affairs.

The resignation comes in the absence of Lalu Prasad, who is undergoing treatment at a government hospital in Ranchi after being convicted in fodder scam cases.

Tej Pratap Yadav has reportedly told his aides that he was pained because his request to accommodate two of his supporters as candidates in the Sheohar and Jehanabad Lok Sabha seats was rejected.

RJD leaders close to him say he is not happy the way Tejashwi Yadav has been given command of the party and with the latter’s style of functioning. Tejashwi Yadav is the Leader of Opposition in the Bihar Assembly.

“In last six months, Tej Pratap had time and again pointed out how he was sidelined in the party” by Tejashwi Yadav, a former Deputy Chief Minister.

The RJD, Congress and some smaller parties have formed an alliance in Bihar to take on the ruling BJP and the Janata Dal-United.

Last year, Tej Pratap Yadav surprised his own family by filing a petition in a court seeking divorce from newly-wed wife Aishwarya Rai. Despite pressure from the family, he has refused to withdraw his plea.