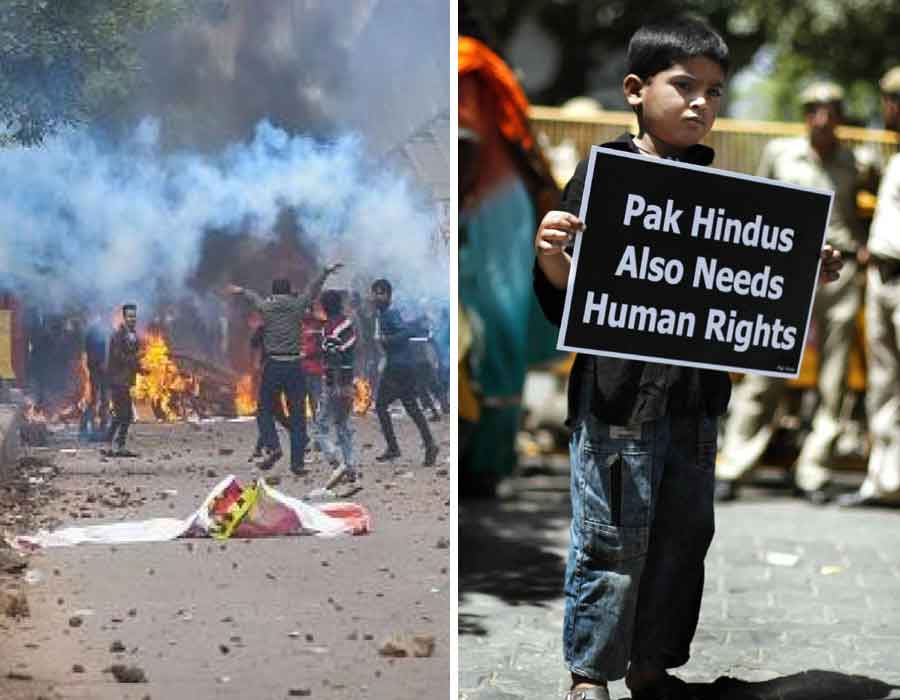 The passage of the Citizenship Amendment Act (CAA) in the Parliament has triggered a wave of protest in different parts of the country for different reasons. The anti-CAA protests are being spearheaded by two different sets of people.

Firstly, it has evoked sharp resistance in the Northeastern part of the country where people apprehend threat to the protection of their ethnic and linguistic culture once the religiously persecuted minorities from Pakistan, Afghanistan and Bangladesh are granted citizenship under the CAA.

The second group that is protesting against the CAA mainly consists of Muslims especially youths and students belonging to the community. The reason for their protest is entirely different. They believe that since the CAA provides for citizenship to people of only six religions- Hindus, Sikhs, Christians, Buddhists, Jains and Parsis- and excludes Muslims, it’s discriminatory and therefore, anti-Muslim.

While the reservations of people in the Northeast, especially Assam, are understandable as it has a historical context, the fears of the Muslim community are totally unfounded. The support and incitement by the opposition parties, who have smelled an opportunity to discredit the Narendra Modi government after they failed to dislodge the present dispensation in 2019 general elections, have further compounded the misgivings among the Muslim community.

Is there any valid reason for Muslims to feel agitated over the CAA? Is it really discriminatory against them? The answer is a firm NO.

Here are five reasons that make it abundantly clear why the Citizenship Amendment Act 2019 is not ‘anti-Muslim’ by any stretch of the imagination:

1. Nothing to do with Muslims: The Act has nothing to do with Muslims. It does not name Muslims among the beneficiaries of this legislation as it deals only with those who crossed over to India from Pakistan, Afghanistan and Bangladesh owing to their persecution on religious grounds. Since Islam is the state religion in all these three countries, Muslims living in those countries can’t complain of persecution on religious lines.

2. Nothing to do with NRC: Muslims also fear that CAA coupled with NRC (National Register of Citizens) may deprive a large number of Muslims of their citizenship which is, again, not correct. The CAA and NRC are two separate issues and Indian Muslims have nothing to fear either of them. Moreover, the Central government has made it very clear that the rules and procedures of NRC are yet to be formulated. Prime Minister Narendra Modi has gone to the extent of saying that no formal discussion has taken place on NRC till date.

4. Affirmative action and no discrimination: The Act applies to Hindus, Buddhists, Sikhs, Jains, Christians and Parsis of three neighbouring countries only – Pakistan, Afghanistan and Bangladesh- who entered India before December 31, 2014. People from other countries belonging to these religions can’t get citizenship under this Act. Even those of them who came after December 31, 2014, will be treated like Muslims of any other country. Therefore, there is no question of the Act discriminating against the Muslims. It is just an affirmative action in favour of the religiously persecuted minorities from three theocratic countries in the neighbourhood.

5. Political unanimity in the past: There was a time when almost all political parties, including Congress and TMC, were united on granting citizenship to the religiously persecuted minorities from these countries. Had there been anything anti-Muslim in CAA, they would not have supported citizenship demands for these groups. In December 2013, Dr Manmohan Singh, the then Leader of Opposition (LoP) in Rajya Sabha, had demanded citizenship for religiously persecuted minorities from Bangladesh. Similar demands were made by TMC leader Mamata Banerjee and Congress chief ministers Tarun Gogoi and Ashok Gehlot at different points in time though they have changed their position after the Modi government took over the reins of power.