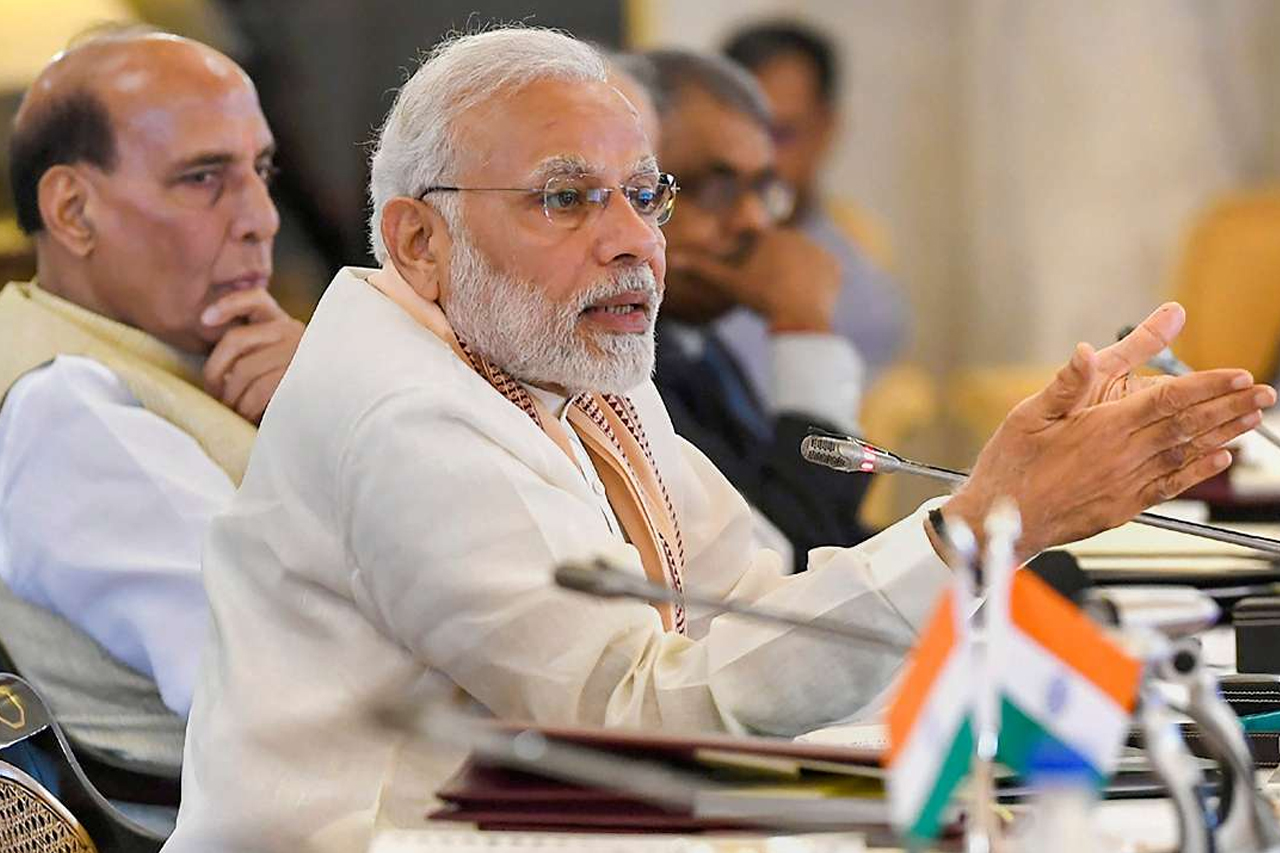 File pic of Prime Minister Narendra Modi. India will go to polls in seven-phase between April 11 and May 19. Results will be declared on May 23.

Since there is a dreary sameness about the speeches of both Narendra Modi and Rahul Gandhi, the commencement of the elections will provide most people with the opportunity to not only vote for their favourite candidates, but also a respite from the political boasts and accusations.

While the Prime Minister is banking on his claims to have provided much better governance in his 55 months at the helm than what was done during the 55 years of his predecessors, the Congress president’s one-point agenda is to try and corner the government on the Rafale deal.

To what extent the voters will buy Modi’s assertion will depend on their personal experience. In Rahul’s case, however, they will not be sure about the veracity of whatever they are being told about the deal unless the Supreme Court comes out with a definitive judgment.

In its absence, Rahul will probably hope that his slogan: “chowkidar chor hai” (the watchman is a thief) – which has been echoed by the rebellious Bharatiya Janata Party (BJP) leader, Shatrughan Sinha, will have the same damaging effect on Modi as an identical calumny did on Rajiv Gandhi in 1989 over the Bofors howitzer deal.

As it is uncertain whether there will be a repetition of history three decades later, it may be better for Rahul to have arrows other than the Rafale in his quiver to shoot at the BJP.

There are issues aplenty for him to target. Unemployment is one, especially in the context of the BJP’s rather curious argument that there isn’t any since widespread joblessness would have led to riots in the streets.

However, it might be advisable for Rahul to outline his own and his party’s vision instead of constantly criticising the present dispensation.

The electorate will assess the latter’s pros and cons on its own. But what it will like to know is what the Congress is offering in its place.

Apart from a promise of a minimum income guarantee scheme and an earlier observation about a preference for small and medium industries, Rahul has been reticent about his economic outlook.

Not unexpectedly, the income guarantee proposal is short on details just as it is not known what impact the virtual rejection of large industries will have on the country’s economic development.

The haziness of the vision for the future is in contrast to the party’s penchant for loan waivers for farmers, which are generally regarded by economists as a palliative which ignores the essential long-term requirements of the agricultural sector.

Given the eagerness with which the Congress has accepted the BJP’s signature programme of Hindutva, including the marketing of cow’s urine, it is odd that the 134-year-old party should be so hesitant about presenting its economic outlook.

Where the Congress has opted for “soft” Hindutva, Modi had little difficulty in accepting Manmohan Singh’s economic reforms of 1991 to present his “sabka saath, sabka vikas” (development for all) goals, which is based essentially on a private sector-driven model of economic growth.

It was the hope raised by this model which led to Modi’s success in 2014 and if his popularity no longer seems as high as it was five years ago, the reason is a failure to live up to his promises.

The Congress, on the other hand, has nothing concrete to offer, especially on the industrial front. Curiously, the party doesn’t mention the economic reforms at all although it still has Manmohan Singh as one of its leading lights.

Nor does it care to reiterate what the former Prime Minister once said about the need to rouse the “animal spirits” of the business class if the country wants to forge ahead in the matter of a creating jobs.

Instead, what seems to have happened is that the old “socialistic” ideas of the Congress have resurfaced, perhaps in line with the party’s 1955 resolution about introducing a “socialistic pattern of society”.

As is known, the economic reforms had many opponents in the Congress who echoed the Leftist view that they were pro-rich because of their market orientation and that the thinking behind them was in line with the prescriptions of what the communists called international finance capital centred in the World Bank and the International Monetary Fund.

It will be a pity if six decades after Avadi, where the resolution about socialism was adopted, the Congress were to dump the economic reforms – or, at least, go slow on them – and pursue a populist path with a garnishing of “soft” Hindutva. That would be like embracing the worst of both worlds, combining economic retardation with religious/communal/obscurantist fervour.

What the Congress has to realise is, first, to articulate what exactly it stands for, which unambiguously defines its social and economic vision unclouded by platitudes about serving the poor.

And, secondly, it has to return not to Nehruvian socialism, but to the first Prime Minister’s preference for developing a “scientific temper”, which is needed all the more in the age of Artificial Intelligence.

(Amulya Ganguli is a political analyst. The views expressed are personal. He can be reached at amulyaganguli@gmail.com)

View all posts by Amulya Ganguli →