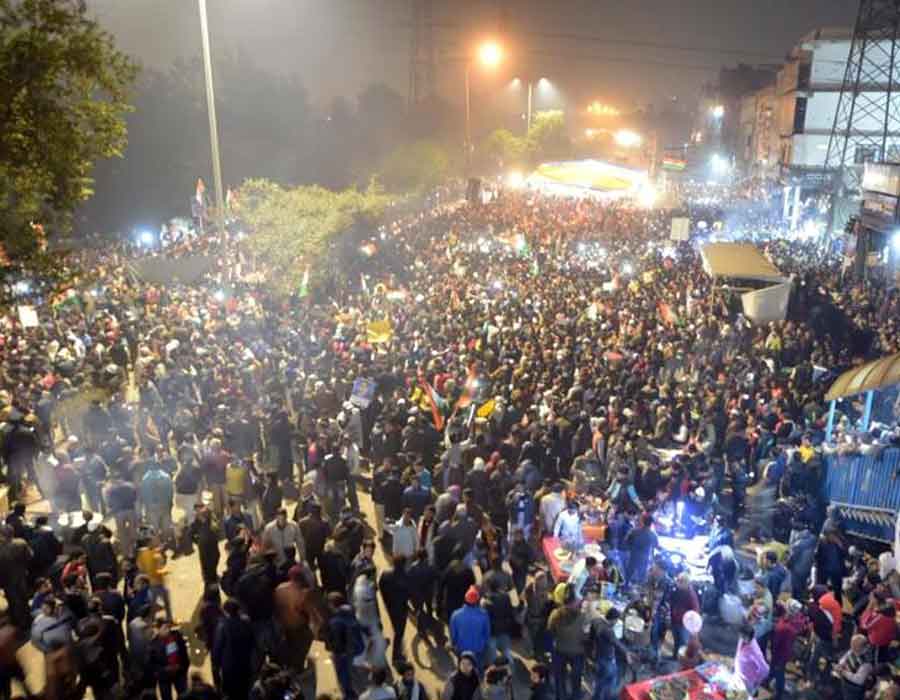 The ongoing anti-CAA protest at Shaheen Bagh is one-of-its-kind in the sense that it’s being led by women belonging to the rather conservative Muslim community. For the first time in its history, India is witnessing a protest in which Muslim men have willingly allowed their women to proactively participate in an indefinite 24*7 sit-in that is now over two months old.

These women are vociferously demanding the rollback of the CAA (Constitutional Amendment Act) that has been duly passed by the two houses of the Parliament. The CAA provides for citizenship to immigrants from three neigbouring countries- Pakistan, Afghanistan and Bangladesh- who were religiously persecuted minorities in their respective nations. The new act applies to immigrants belonging to six religions- Hindus, Christians, Jains, Buddhists, Sikhs and Parsis.

The CAA has left out Muslims and that particular omission has triggered the current wave of protests by the followers of Islam in different parts of the country, later joined by a section of non-Muslims who were never comfortable with the ascendance of Modi-led BJP to power, with Shaheen Bagh becoming the national face of these agitations. The Narendra Modi govt, on its part, has clarified that since the three nations mentioned in the new act are Islamic countries, Muslims living there can’t claim to face persecution in the name of religion, but the protesters are not convinced.

The demands of the Shaheen Bagh protesters are not limited to the CAA only. They are also opposing any move to implement either the NPR (National Population Register) or the NRC (National Register of Citizens). Interestingly, the data for the NPR was first collected in 2010 when the UPA government led by Dr Manmohan Singh was in power at the centre. It was updated again in 2015 when present Prime Minister Narendra Modi was heading the BJP-led NDA government. No protests were held either in 2010 or 2015. The protesters point out that they are opposing NPR this time because it’s now linked to the NRC though the government has denied it completely.

As far as the NRC is concerned, the prime minister has publicly stated that no discussion has been held within the government so far on this matter. Home Minister Amit Shah, who was earlier very vocal about the NRC, has seconded the prime minister though he has pointed out that it was part of the BJP manifesto for 2019 general elections. Clearly, not even a draft pertaining to the NRC is ready as of now. Then why are they protesting so vehemently? Let the government release a draft first after which the nation can debate the merits/drawbacks of the proposed exercise. What’s the need to jump the gun?

The lack of clarity over the actual motive behind these protests has provided an opportunity to a section of right-leaning people to allege that these protests are basically a “Muslim uprising” against a series of recent developments like enactment of a punitive law on Triple Talaq, abrogation of Article 370 and the SC ruling in favour of the Ram Temple construction in Ayodhya. And the jury is still out on whether these allegations are based on plausible merits or are completely off the mark.

Read Also | No decision on NRC, no document needed for NPR: Govt

Coming to the Shaheen Bagh protest, the Muslim women are brandishing the copies of Indian Constitution, asserting they are out on the streets to protect the soul and the spirit of the constitution. These women are reciting the preamble of the constitution that defines India as a sovereign, socialist, secular, democratic republic and underlines the guiding principles of justice, liberty, equality and fraternity.

However, the Shaheen Bagh protesters are overlooking the fact that by demanding the rollback of the CAA, they are actually violating the spirit of the same Constitution that they are so anxious to “save and uphold”.

If you believe in the Constitution then you should not challenge the authority of the Parliament to enact a law and obstruct the roads causing immense inconvenience to the residents. Anyone who feels aggrieved by any law passed by the Parliament has the liberty to approach the Supreme Court seeking a legal remedy. And in this case, the matter is already in the apex court.

If you are so committed to the Constitution then wait for the Supreme Court to pronounce a verdict and be mentally prepared to humbly accept the ruling. Let the Supreme Court decide whether the CAA violates the preamble and other provisions of the Constitution. Don’t usurp either the power of the Parliament to enact a law or the authority of the judiciary to review it.

In a functional democracy like ours, every citizen has a constitutional right to peaceful protest. However, resorting to forcible and indefinite blockade of an arterial road in the name of “saving” the Constitution can’t be accepted or appreciated. No uppity mob can become a substitute for the Parliament. Instead of upholding the Constitution, such acts, in reality, violate the spirit of the Indian Constitution.