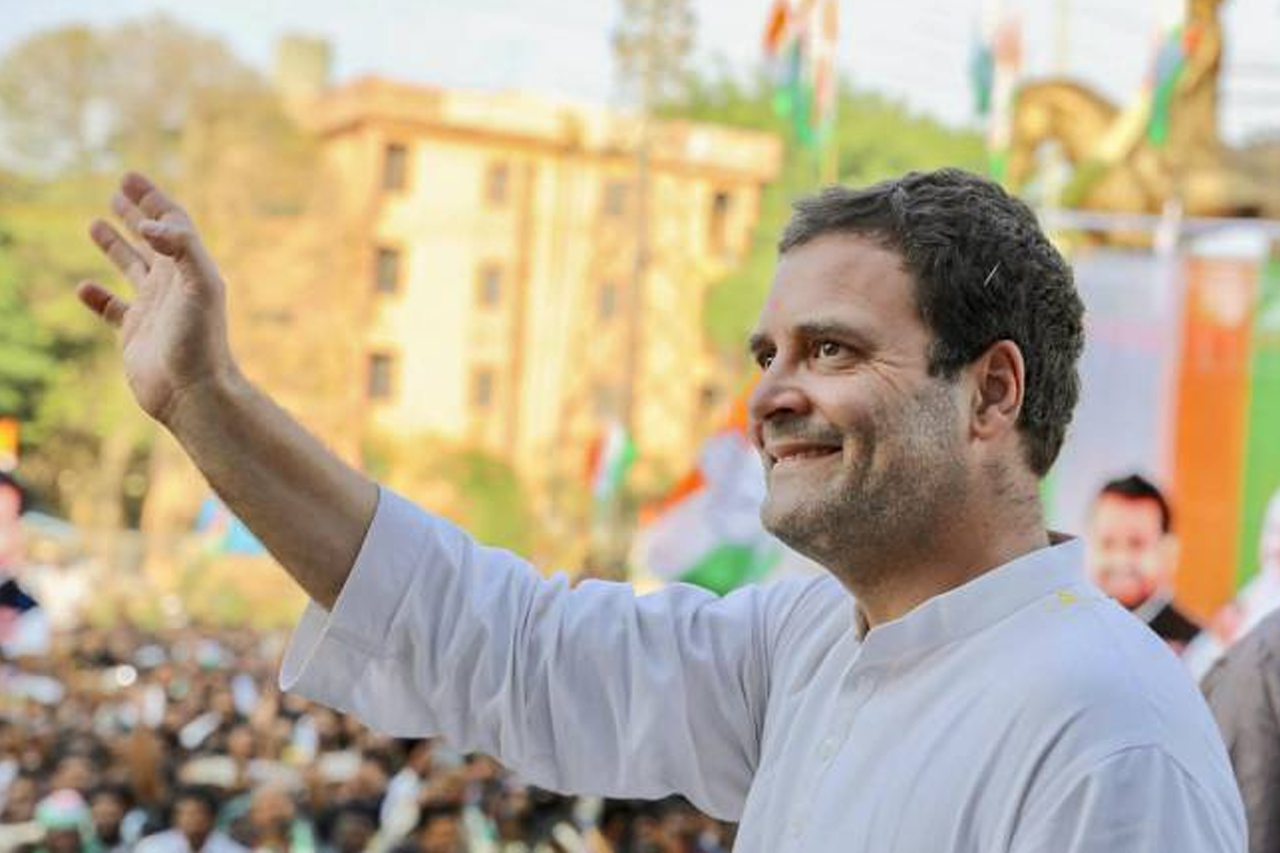 There have been demands from Congress workers that Rahul should be a candidate from a seat in southern India too.

Amid demands from party activists, Congress President Rahul Gandhi may contest the Lok Sabha polls from a seat in Karnataka apart from Amethi in Uttar Pradesh where his candidature has already been announced.

There have been demands from Congress activists that Gandhi should be a candidate from a seat in southern India too.

Elections for the high-profile Amethi and Rae Bareli parliamentary constituencies in UP, represented by Congress President Rahul Gandhi and UPA Chairperson Sonia Gandhi, respectively, will be held in the fifth phase of polling on May 6.

Varanasi, represented by Prime Minister Narendra Modi in The Lok Sabha, will vote last on May 19.

Along with Amethi and Rae Bareli, voting in Dhaurahra, Sitapur, Mohanlalganj, Lucknow, Banda, Fatehpur, Kaushambi, Barabanki, Faizabad, Bahraich, Kaiserganj and Gonda will take place on May 6. In the 16th Lok Sabha, Lucknow was represented by Union Home Minister Rajnath Singh.

In the first phase on April 11, voting will be held in Saharanpur, Kairana, Muzaffarnagar, Bijnor, Meerut, Baghpat, Ghaziabad and Gautam Buddh Nagar – all located in western Uttar Pradesh.

It is rumoured that Bahujan Samaj Party (BSP) supremo Mayawati may contest from Nageena. Mathura at present is represented by veteran Bollywood actress-turned-politician Hema Malini.

In the third phase on April 23, voting will take place in Moradabad, Rampur, Sambhal, Firozabad, Mainpuri, Etah, Budaun, Aonla, Bareilly and Pilibhit. In this belt the Samajwadi Party (SP) has been traditionally strong, but was routed in the last general elections in 2014.

Mulayam Singh Yadav is set to contest from Mainpuri this time. Union minister Maneka Gandhi won from Pilibhit in 2014.

Union minister Uma Bharati, who has announced that she will not contest this time, represented Jhansi in the 16th Lok Sabha.