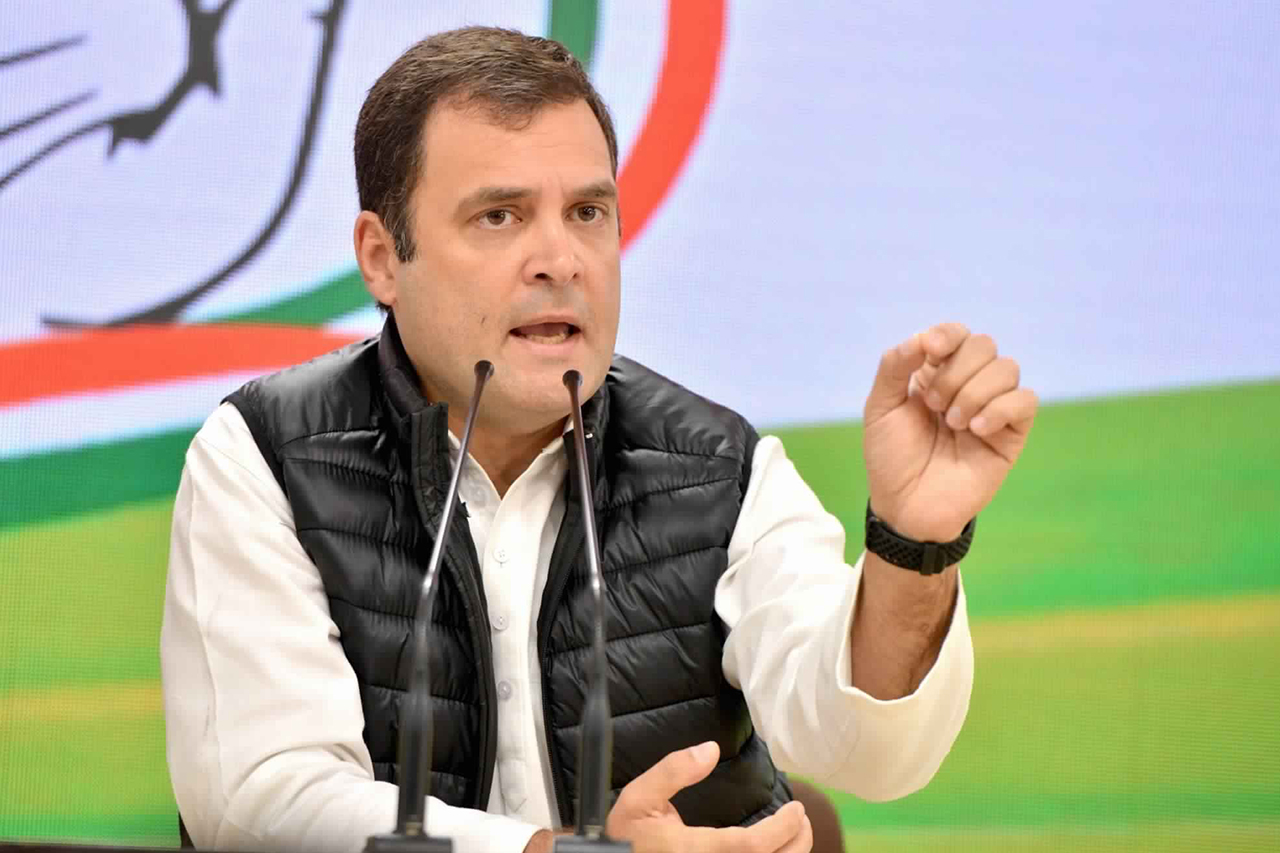 As the clamour for Congress President Rahul Gandhi to fight from a seat in southern India grows, Amethi district Congress and its various units on Saturday passed resolutions that he should accept the offer like his mother Sonia Gandhi and grandmother Indira did in the past. It seemed a trifle contrived and perhaps orchestrated in the face of Union minister Smriti Irani’s rising heft in Amethi.

“Former Prime Minister Indira Gandhi and former President Sonia Gandhi too contested from southern India and represented the country. It will be a sign of respect for Congress workers in south India. A resolution has been passed that Rahul Gandhi should accept this offer. It’s a welcome move,” a resolution from the Amethi unit of the Congress Seva Dal read.

“People of Amethi are excited and have blessed him (Rahul) with their support. He will win from both the seats and become Prime Minister,” it added. The two seats referred to are Amethi and the one from southern India.

The support for Rahul to contest from a seat in southern India came from Amethi’s NSUI, SC department, Youth Congress and All India Kisan Morcha units which adopted such resolutions supporting the demand. All the resolutions have the exactly same wording.

This comes in the wake of top Congress leaders in Kerala, including AICC general secretary Oommen Chandy and Leader of Opposition Ramesh Chennithala urging Gandhi to contest from the Wayanad Lok Sabha seat in Kerala.

The Congress state units in Tamil Nadu and Karnataka had also demanded that the party president contest the Lok Sabha elections from the respective states.

“We thank them for their effort as also expression of their love and affection and Congress President will positively consider it,” Surjewala told reporters.

The Congress under Rahul Gandhi has tried to develop a convention of picking candidates on the basis of recommendations of local party units. This could be employed in the case of the party president as well.

The Congress earlier this month had announced that Rahul Gandhi will contest from his family bastion of Amethi. However, Deepak Singh, Leader of the Congress in Uttar Pradesh legislative council, said that Rahul Gandhi should respect the sentiments of the party’s Kerala unit but he is having family relations with Amethi.

“Rahul ji is a national leader. Every state wants him to contest. He must respect the feelings of party workers in Kerala but he is having family relationship with Amethi. Rajiv Gandhi won from Amethi and became Prime Minister. Amethi is going to repeat this. Rahul Gandhi, an MP from Amethi, will become Prime Minister,” Singh, an MLC from Amethi, tweeted.

Meanwhile, Union Minister Smriti Irani took a dig at Rahul Gandhi, saying the people of Amethi had rejected him and he was now creating a drama about demands being raised for him to contest from a southern seat.

She used lines from Ramdhari Singh Dinkar’s poem to taunt him with the words, “Sinhasan khali karo Rahulji ki janata aati hai (vacate the throne for people, they are coming)” which was also used by Jayaprakash Narayan to attract and encourage lakhs of people at the Ramlila Maidan in Delhi during the Emergency.

The BJP has again fielded Irani from Amethi in the upcoming general election.

In the last Lok Sabha polls, she challenged Rahul Gandhi in his bastion and was defeated by a margin of over one lakh votes. However, his victory was far less impressive than in most earlier Lok Sabha elections in Amethi.

The seat has long been a stronghold of the Congress, which has not been defeated here in three decades — barring in 1998, when the BJP’s Sanjay Singh defeated Satish Sharma of the Congress by a margin of 23,270 votes. Amethi was regained by the Congress in 1999 when Sonia Gandhi was elected MP from there.