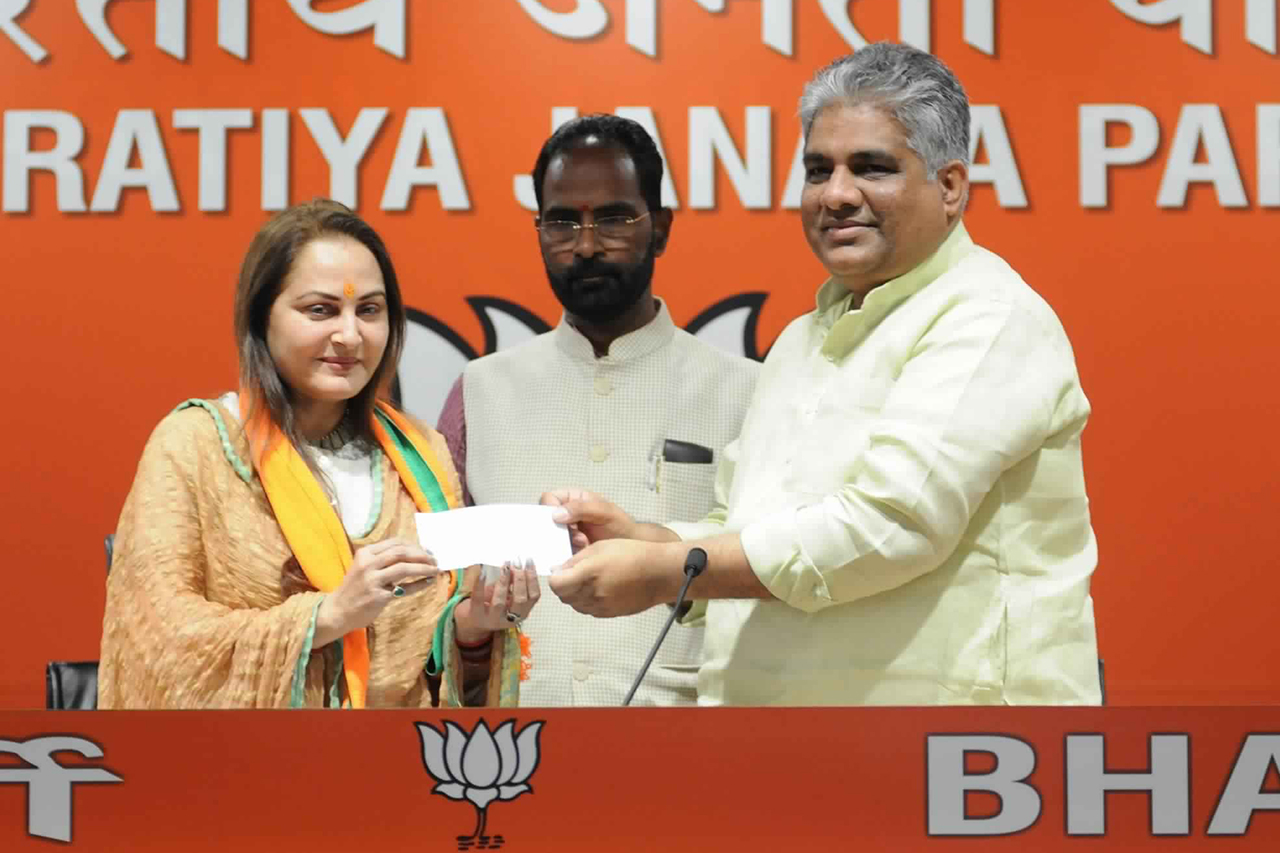 The party later in the evening announced that Jaya Prada will taken on Samajwadi Party leader Azam Khan from the Rampur Lok Sabha constituency in western Uttar Pradesh.

Jaya Prada has represented the Rampur seat in Lok Sabha for 10 years between 2009 and 2014. On both occasions, she defeated Congress’s Noor Bano from Rampur.

She had joined the Telugu Desam Party (TDP) in 1994 to enter politics. Later she joined the Samajwadi Party but was expelled due to anti-party activities in 2010.