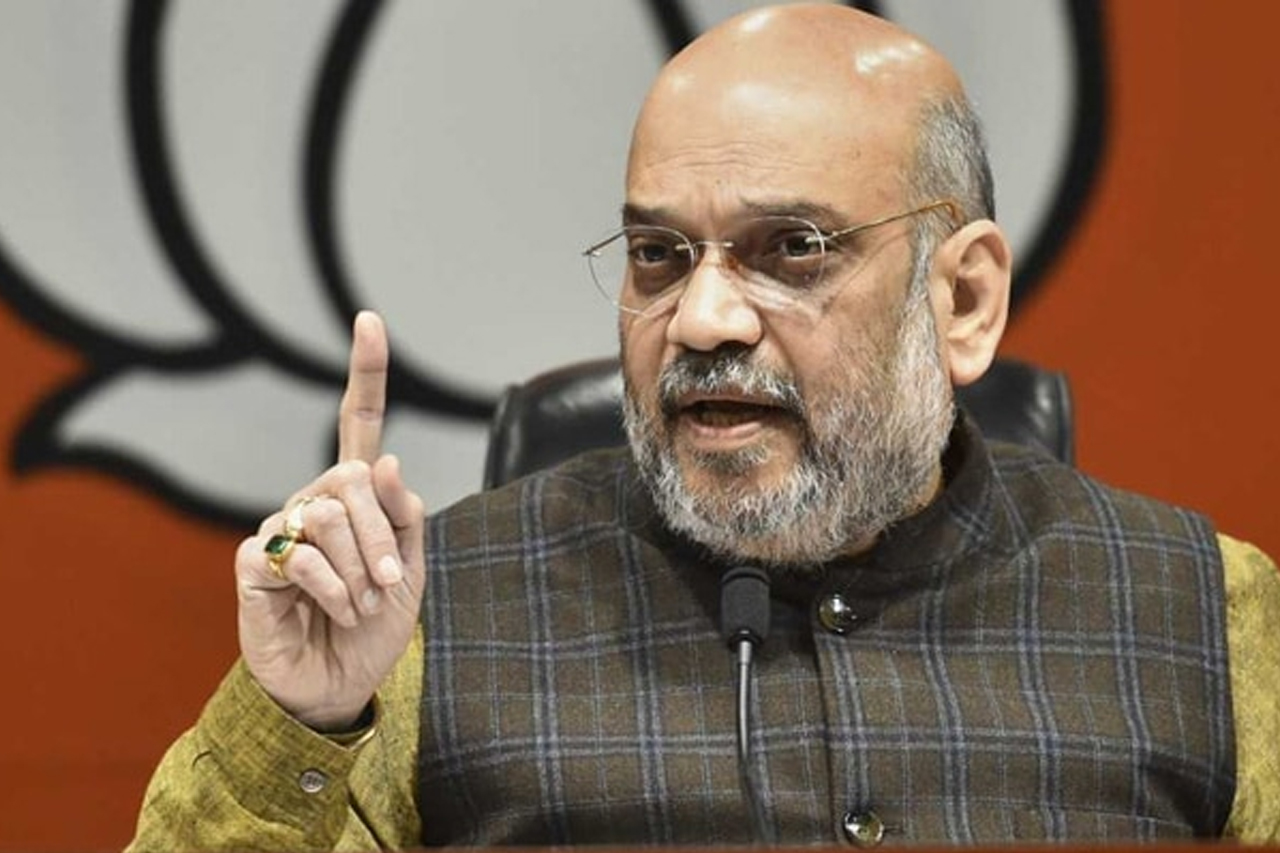 With Rahul Gandhi blaming the BJP for the release of Jaish-e-Mohammed founder Masood Azhar during the earlier National Democratic Alliance (NDA) government, BJP President Amit Shah on Friday hit back saying before making such insensitive remarks, the Congress president should think about the mistakes committed by his party and his great grandfather Jawaharlal Nehru on China and Kashmir, which he said had “turned into cancer for the country”.

1. The BJP chief’s remarks came after Gandhi, at a public rally in Gandhinagar, asked why Prime Minister Narendra Modi was not telling the nation that it was the earlier National Democratic Alliance (NDA) government led by Atal Bihari Vajpayee, which had released Azhar — the man behind the Pulwama suicide bombing.

2. Amit Shah said that by raising such questions, the Congress President was not just “displaying his insensitivity” but also questioning the wisdom of senior leaders of his own party. “This debate does not start nor end with the release of Masood Azhar. This list is long, and if discussed, the Congress will look like the guilty party,” he wrote in a blog.

3. Shah said 10 years before the Kandahar flight hijack incident — which forced the government to release Azhar in exchange for the safe return of over 170 passengers — the Congress government released 10 terrorists in exchange for then Home Minister Mufti Mohammed Sayeed’s daughter Rubaiya Sayeed.

4. The BJP president said while the decision to release Azhar was taken through consensus in an all-party meeting called by Vajpayee, the UPA government in 2010 unilaterally released 25 terrorists as a goodwill gesture to improve relations with Pakistan, including a terrorist who went on to become one of the main handlers of the Pathankot terror attack.

5. “The Congress, which is today raising questions on a decision taken through consensus during a very sensitive situation, how will it answer the question of why those terrorists were released during its governments?” Shah asked in his post.

6. The BJP Chief wrote that at a time when Pakistan was under pressure, such questions being raised by the Congress and its President were helping those aiding terror.

7. “Today, when the world is not only looking at a strong India but is also standing firmly beside it, the Congress with its statements is helping those countries that do not want to see a strong India,” he said.

8. Amit Shah said the Congress policy against terrorism, separatism and Naxalism had always been unsure and senior “Congress leader Sheila Dikshit had herself admitted that Manmohan Singh’s policy on terrorism was weaker compared to the strict policies of the Modi government”.

9. The BJP chief also attacked Nehru for supporting China’s case for inclusion in the United Nation’s Security Council (UNSC) at India’s cost and said the same China was now repeatedly using its position in the Security Council to protect terrorist Masood Azhar by blocking India’s bid to designate him as a global terrorist.

10. “Nehru also made the mistake of taking Kashmir problem to the UN forum. Prior to insensitive comments on terrorism, Rahul Gandhi should consider these two mistakes of his party and Nehru. Both these mistakes have become cancer for the country,” Shah said.