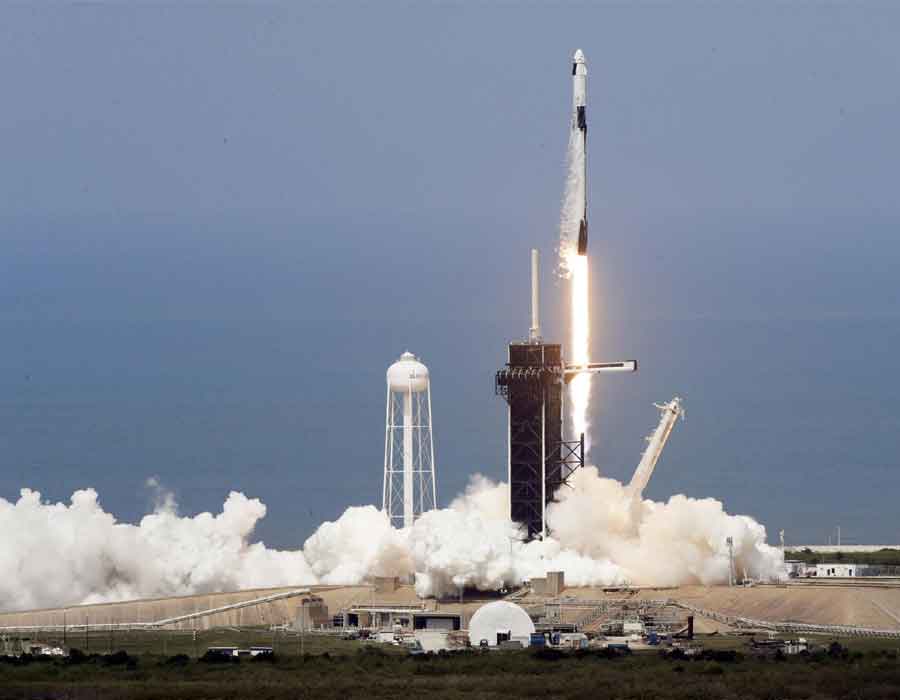 For the first time in the history of space navigation, a private rocket, SpaceX Falcon 9 of Elon Musk, launched two Nasa astronauts into orbit from the Kennedy Space Center in Florida on Saturday night.

It was the first launch of astronauts from US soil after Nasa’s space shuttle fleet retired in 2011. It was also the first mission wherein a private contractor is carrying humans into orbit.

Read Also | ‘Like HIV, COVID-19 may never go away’: WHO warns coronavirus could become endemic

The two astronauts, Bob Behnken and Doug Hurley, who are part of this mission will join their Nasa colleague Chris Cassidy already aboard the International Space Station 250 miles above Earth after docking on Sunday.

“It’s absolutely our honor to be part of this huge effort to get the United States back in the launch business,” Doug Hurley was quoted as saying by the Guardian moments before the lift off.

The launch was attended by US President Donald Trump. On Wednesday, the first launch attempt was called off just under 17 minutes before lift-off time due to some technical snag.

We have liftoff. History is made as @NASA_Astronauts launch from @NASAKennedy for the first time in nine years on the @SpaceX Crew Dragon: pic.twitter.com/alX1t1JBAt