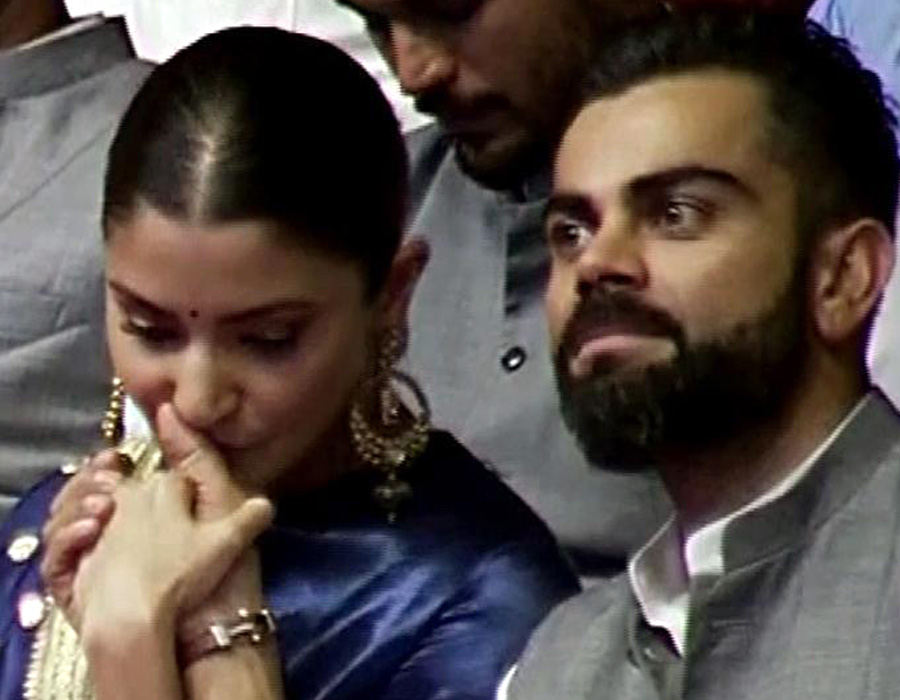 A soft kiss planted on India skipper Virat Kohli’s hand by his actress wife Anushka Sharma has taken the Internet by storm.

The two were present at the event where the Feroz Shah Kotla Stadium was rechristened after former Finance Minister Arun Jaitley and a special stand dedicated to Kohli.

The video, which has taken social media by storm, shows the star couple holding hands and sitting together. Moments later the actress was seen sneaking the soft kiss.

The clip has been shared by various fan clubs on social media platforms.

Cute! @AnushkaSharma and @imVkohli caught in an adorable moment during an event in Delhi. pic.twitter.com/C3siyPkWFH