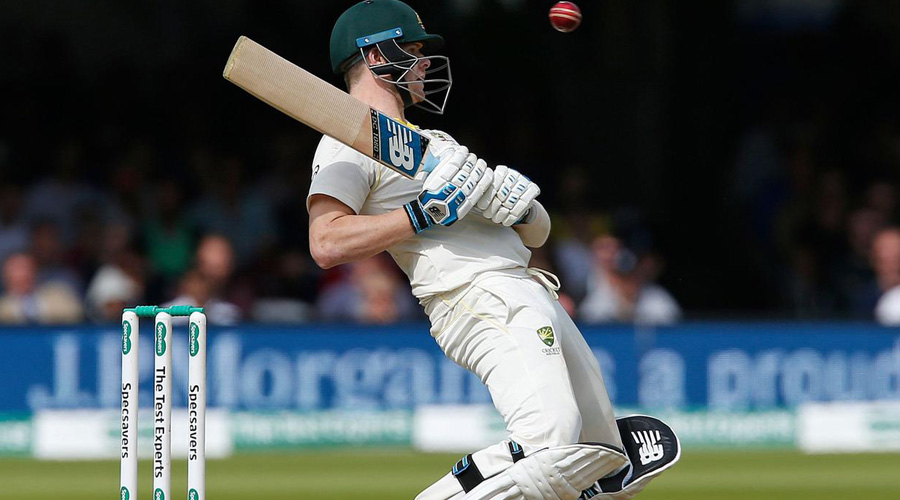 
Team India has embarked on Australia tour with first game (ODI) is just five days away, the mind game has already started. Australia’s star batsman Steve Smith is known to have weakness as far as short pitched bouncers are concerned but Smith says he’s unfazed if Indian speedsters Jasprit Bumrah, Mohammad Shami and Ishant Sharma target him with short bowling in the Border-Gavaskar Series, saying Wagner’s left-arm angle and skiddy style of bowling last summer made him a unique proposition to face

“It’s no dramas for me. I just play the game and sum up the conditions, how they’re trying to get me out and being able to counter that,” Smith said. “If teams are trying to get me out like that it’s probably a big benefit for the team because it takes a lot out of people’s bodies if you continually bowl short. “I’ve faced a lot of short bowling in my life and I haven’t had too many stresses with it. I suppose we’ll just wait and see.”

Smith, the world’s top-ranked Test batter, has shown some signs of fallibility against short-pitched pace bowling in the past 18 months; he was concussed by a Jofra Archer bouncer at Lord’s last year, while Kiwi speedster Neil Wagner had him dismissed four times with short balls last summer.

He also missed Australia’s three-match ODI series in England this year after being concussed when struck by a ball during a net session.

McDonald, Australia’s assistant and Smith’s IPL coach, pointed out that the right-hander made an Ashes double century at Old Trafford not long after the Archer incident at Lord’s, while he also thrived against a predominantly leg-side field on a one-day tour of India in January. “So, I don’t necessarily see it as a weakness … they can keep approaching it that way if they want.”

In a three-match ODI series in India earlier this year,  Smith had scored 98 and 131 after the hosts employed some attacking fielders on the leg side early in his innings.

McDonald expects to see a similar plan to several of Australia’s top-order batters in the upcoming Dettol ODI Series, which starts on Friday, to limit their scoring options down the ground.

But he says the recent Indian series proves the short stuff doesn’t worry Smith. “They had a clear plan early on in the innings,” McDonald recalled. “They had a leg gully, a deep square and a deep man just in front of square and they had everyone up on the off side during the Powerplay.

“So that’s a tactic they’ve used before and it’s probably to negate the runs that he scores and to try and give themselves the best opportunity to potentially get him out in that area.

“But he was able to combat that in India last time so he’s had that before and he’s worked his way through it. I see this series being no different in the way he approaches it.

“They’ve used it before and he’s done well with it before so I’m suggesting that plan hasn’t necessarily worked to its full effect.

Smith is coming off statistically the least productive IPL campaign of his career, with the Rajasthan skipper finishing the tournament with 311 runs at 25.91 and a strike rate of 131.22 as his Royals finished last on the table.