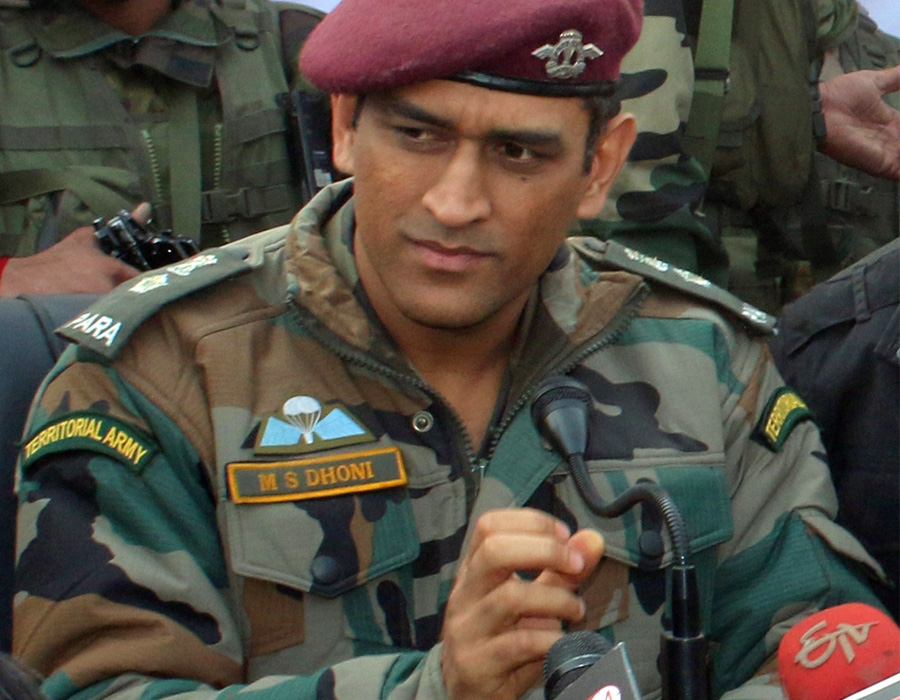 Former Indian skipper M.S. Dhoni has begun his two-month training with Indian Army’s Parachute Regiment. On Wednesday, Dhoni joined a battalion, which has its headquarters in Bengaluru.

“Just like Dhoni has been one of the greatest servants of Indian cricket, his love for the armed forces is also wellknown. This idea that he would go and spend time with his regiment was in the pipeline for a while but it took a backseat due to his cricketing commitments.

“This will also help increase awareness among the youth about the armed forces and that is what Dhoni wants,” news agency IANS requoted its source said.

The 38-year-old holds the honorary rank of Lieutenant Colonel in the Territorial Army unit of the Parachute Regiment (106 Para TA battalion).

The honour was accorded to him by the Indian Army in 2011. Dhoni was given this honour along with Abhinav Bindra and Deepak Rao.

In 2015, the Ranchi lad became a qualified paratrooper after having completed five parachute training jumps from Indian Army aircrafts in the Agra training camp.

Earlier, the veteran wicketkeeper-batsman had made himself unavailable for the West Indies tour where India will be playing three T20Is, three ODIs and two Test matches beginning August 3.

Ever since the culmination of World Cup in the UK where India reached the semi-finals, speculations have been rife about Dhoni’s retirement, but the team management has asked him to hang around as they groom Rishabh Pant with an eye on the 2020 World T20 in Australia.