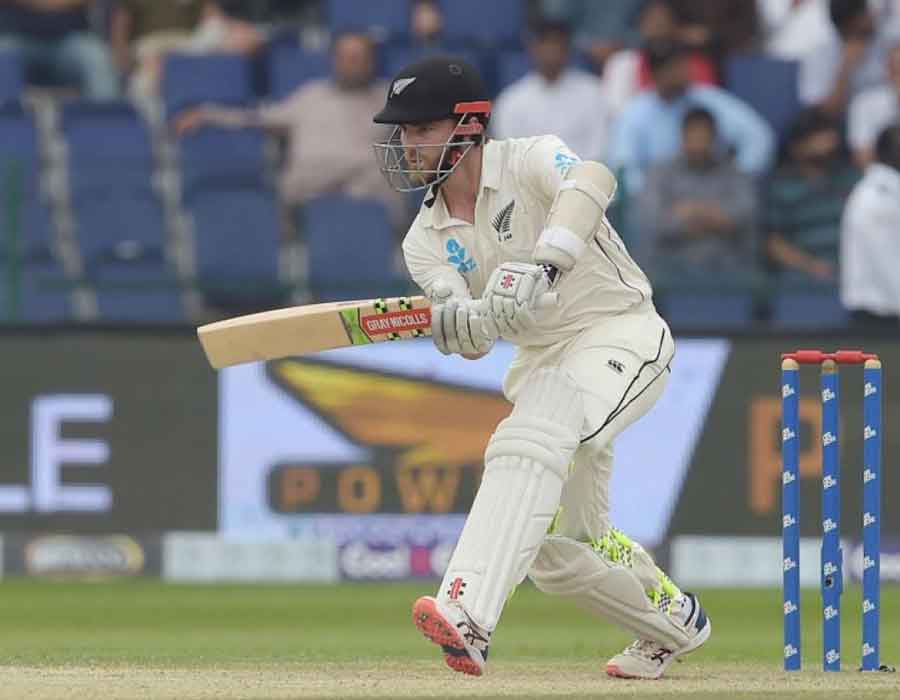 Kane Williamson scored a brilliant 89 to put New Zealand ahead but India clawed their way right back into the game by the end of the second day of the first Test at the Basin Reserve on Saturday.

At Stumps on Day 2, New Zealand had gained a 51-run lead but had also lost their top five batsmen, including Williamson and Ross Taylor. The hosts were 216/5 when umpires called off early stumps due to bad light.

Earlier, the Black Caps continued with the brilliant bowling performance and bowled out India for a paltry 165 in their first innings. Debutant pacer Kyle Jamieson and Tim Southee came out with splendid bowling performances as the visitors lost their last five wickets adding just 43 runs to their overnight score of 122.

The first wicket to fall in the day was that of Rishabh Pant (19) as he got run-out after having a mix-up with Ajinkya Rahane.

Ravichandran Ashwin, who came in next, couldn’t stay long at the crease and was sent back on the very first ball by Southee. Rahane, who was holding India’s hopes for a big score, also failed to add much and became the third scalp of Southee after contributing with 46.

However, Mohammad Shami did play a nice, little cameo towards the end of the innings and contributed with valuable 21 runs to help get the team past the 150-run mark. Though, he didn’t find much support from Ishant Sharma and Jasprit Bumrah who could manage just 5 and 0* respectively.

Southee and Jamieson returned with four wickets a piece, with Trent Boult picking one wicket.

New Zealand openers Tom Blundell and Tom Latham then played out the remaining eight overs of the morning session with utmost caution and made sure the hosts didn’t lose any wicket till Lunch.
However, just after the break, Latham (11) was caught down the leg-side by Rishabh Pant off the bowling of Ishant Sharma.

Williamson then joined forces with Blundell (30) and shared a 47-run partnership before the opener bowled by a peach of a delivery from Sharma.

Taylor, playing his 100th Test for New Zealand, took the attack to the Indian bowlers right from the word go and kept on collecting runs at brisk pace.

Along with Williamson, he stitched a 93-run partnership and took the Black Caps to a commanding position against India. The shoulders of the Indian players appeared to go down and it seemed the hosts would run away with a huge lead.

It was just then Sharma produced a brilliant ball to get rid of Taylor (44), who was undone by the extra bounce and was caught by Cheteshwar Pujara on the leg-side.

Henry Nicholls did try to build another partnership with his skipper before Williamson was caught in the covers by substitute Ravindra Jadeja – that too just 11 short of what would have been a well deserved hundred.

After that, Nicholls also couldn’t stay long and was caught at slips by Virat Kohli, becoming the first scalp of Ashwin in the match.

BJ Watling (14*) and Colin de Grandhomme (4*) then took New Zealand to stumps and didn’t allow the Indian bowlers to make any further inroads.

For India, Sharma was the pick of the bowlers as he ended Day Two with figures of 3/31 in his 15 overs.