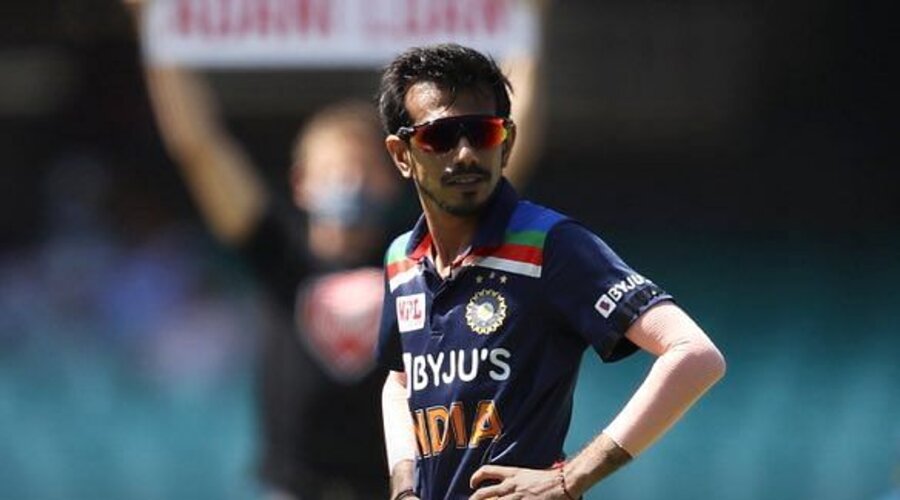 New Delhi: He was not even in the playing 11 in the 1st T-20 match against Australia yet he created a sort of history today in Canberra. Spinner Yuzvendra Chahal was  adjudged Man of the Match for his spectacular show today. He picked 3 wickets, conceding 25 runs in his 4 overs. So how did he create a history in T-20 format of the game?

Well, he was given one games in a recently concluded ODI series which India lost by 1-3. He proved to be too expensive that he had to be dropped for the next two games.

Today, in the first T-20 game of the tour India did not include him in the playing eleven but he was destined for something nobody knew. After winning the toss host put India to bat first. Jadeja (44 off 23 balls) helped to reach161/7 in 20 overs, setting a target of 162 for the hosts.

However, Jadeja was struck in the helmet off an inside edge by fast bowler Mitchell Starc on 34 in the 20th over but did not receive medical attention for the head knock and batted out the innings to post an unbeaten 44 from 23 deliveries.

While Chahal for Jadeja is a like for like replacement (spinner for spinner), Jadeja suffered a hamstring injury while batting and was in doubt to bowl.

As the second innings was about to commence, ICC Match Referee David Boon, Australia coach Justin Langer and captain Aaron Finch were seen having a heated conversation in the player race.

While it is unclear what was being said, Langer left the conversation visibly annoyed, while Finch appeared to be smiling in disbelief.

India went into the match with only five fit bowling options, with allrounder Hardik Pandya still coming back from a back injury despite bowling in the second ODI in Sydney.

Australia got off to a flying start with openers Short and captain Finch putting on 56 runs within 8 overs. Ironically, it was Chahal who took it upon himself to give India a glimmer of hope. He snared the dangerous Steve Smith in his second over. With back-to-back wickets, India were suddenly back in with a slim chance. He went on to take Mathew Wade wicket to seal the game for India. Chahal took three wickets conceding just 25 runs.

After the game he said, “A great feeling, no pressure for me when we were batting then I got to know I was going to play. Ten to 15 minutes before I got to know I would play. I learnt from my ODI mistake where I bowled with some flight. In the first innings it was a bit hard to score against their spinners…and I bowled according to my plans.”

View all posts by Feeroz Shaani →