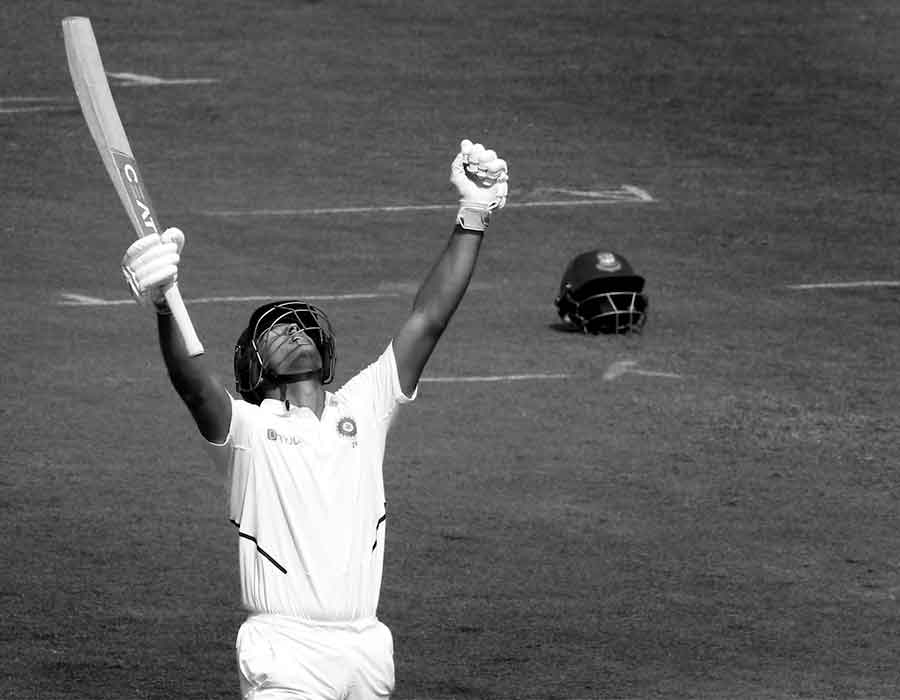 Opener Mayank Agarwal notched up his second Test double hundred in a little more than a months’ time to underline his credential as an opener in the five-day format, on Day 2 in the first Test against Bangladesh here on Friday.

Agarwal, who was dropped on 32 by Imrul Kayes off Abu Jyaed late on the first day, hit Mehidy Hasan for a massive six over wide long-on to reach the milestone and raised his bat in celebration towards the dressing room where skipper Virat Kohli rose to his feet in adulation.

The 28-year old Karnataka batsman is the second-highest run-getter in Tests this year and is behind Australia’s Steve Smith who has 774 runs from seven innings.

Mayank took 304 balls to cross the double hundred mark and his innings was laced with 25 fours and five sixes. It was fitting that Mayank got to his double ton off Mehidy whom he took a liking to and scored most runs off.

Mayank had scored 215 on October 2 in Visakhapatnam against South Africa. He followed it up with a 108 in Pune against the same opposition.

Mayank joined hands with India vice-captain Ajinkya Rahane for a 190-run stand for the fourth wicket.

The day belonged to Mayank who drove, cut and pulled to perfection and even stepped out to smash Mehidy for sixes. As the Bangladesh bowlers tired, the job became easier for Mayank as he became more aggressive and displayed his full repertoire in front of the spectators who were thoroughly entertained.