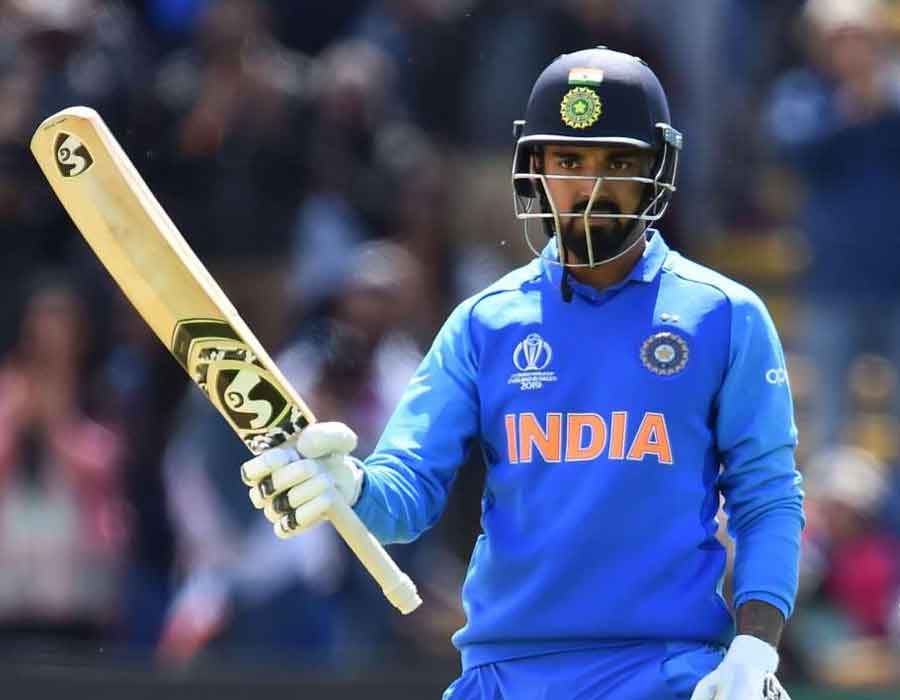 K.L. Rahul has auctioned the bat he used in the 2019 World Cup for Rs 2,64,228. He also auctioned a slew of other equipment with his brand Gully with the proceeds going to the “Aware Foundation” to help vulnerable children during the ongoing coronavirus pandemic.

The auction was done in collaboration with Bharat Army, the fan club of the Indian team.

“I have decided to donate my cricket pads, my gloves, helmets and some of my jerseys to our collaboration partner Bharat Army. They are going to auction these things out and the funds will go towards the Aware Foundation. It’s a foundation that look towards helping children. It is very special and I couldn’t pick a better day to do this,” said Rahul according to Times of India.

Rahul, like other cricketers and sportspersons, has been at home as the coronavirus pandemic brought a halt to most major sports around the world. He was to captain Kings XI Punjab in the 2020 season of the Indian Premier League which has been postponed.

Talking about how he is spending his time amidst lockdown, Rahul said: “Me and my family are in Bangalore. We’re all safe. I’m just trying to do whatever I can, in terms of training and keeping busy. I haven’t been or haven’t really got to a place where it’s annoying, I’m hanging in there! But yeah, it is it is quite nice to spend time at home and I remember when we kept playing (the team) for so long, all of us kept wanting a break, and now that we’ve got such a big break, we are like we don’t want such a big break.

“I guess that’s what this time is teaching all of us; the important things in life, the importance of being healthy and spending time with family. I got to spend my birthday with my family after a long, long time, so that felt very special.”

Star India batsman KL Rahul said the heartbreaking World Cup semifinal loss to New Zealand, especially after a near-perfect show in the group stages, continues to haunt him and his teammates.

In a special chat show, ‘The Mind Behind’, Rahul said if he was given a chance to change the result of any one match in the past, it would surely have been the 2019 World Cup semifinal.

“It has to be the World Cup semifinal. I think most of us are still not over that loss, it is still haunts us sometimes,” he said.

“I can’t imagine what the senior players must have felt but you know in a World Cup it just becomes even harder knowing that we played so well in the entire tournament. I still wake up to that nightmare sometimes.”

India were perhaps the most dominant side in the group stage of the 2019 World Cup, winning each of their matches except the one against hosts England.

The Virat Kohli-led side was the favourite going into the semifinal against eventual runner-up New Zealand but lost the crucial contest by 18 runs.

Just like other Indian cricketers, Rahul too is currently enjoying a rare break from the game because of the COVID-19 pandemic.

“Let me talk about myself. I’ve just been sitting and doing some homework. I’ve been watching some videos from the past and taking notes of the things I was doing right and where I could improve,” he signed off.