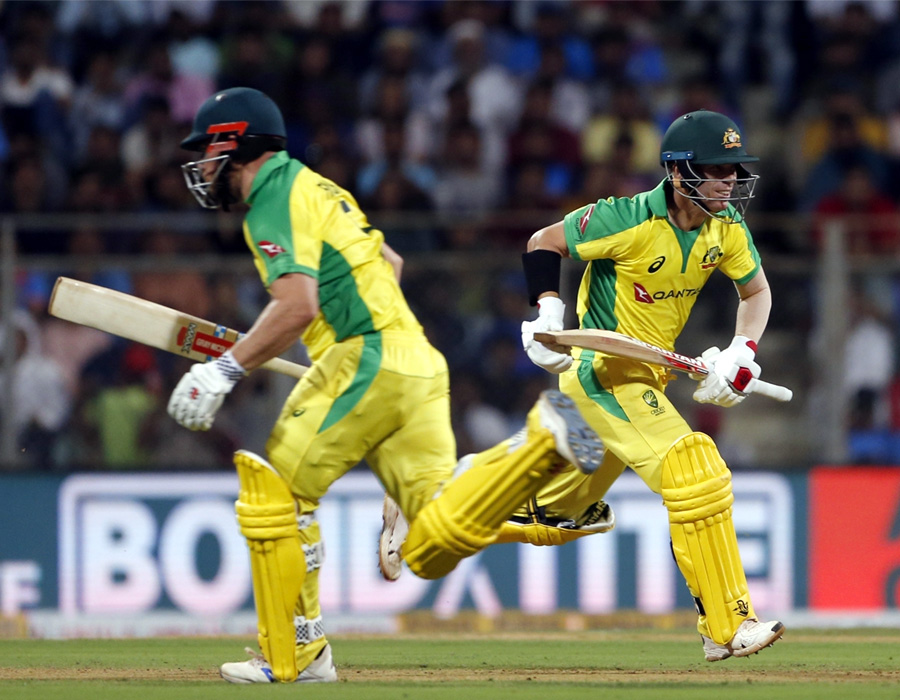 Australia openers David Warner and Aaron Finch’s record opening stand flattened the Indian attack on Tuesday as the visitors won the first ODI at the Wankhede Stadium in Mumbai by 10 wickets. Both batsmen scored centuries as Australia chased down a target of 256 without losing a wicket.

This is only the second time that India have lost an ODI at home by 10 wickets and the first instance since 2005. Warner and Finch also bettered their own record for the highest ever opening stand for Australia against India. They ended up making 258 runs which is the highest partnership for any wicket in an ODI against India. The previous record also belonged to an Australian pair — 242 by Steve Smith and George Bailey in Perth in 2016.

Warner was given out for caught behind in the sixth over when he chased a short ball down the leg side. He reviewed after a lengthy chat with Finch and the snicko showed no spike as the ball passed the bat.

Australia then raced to 110/0 in 15 overs with Warning crossing his fifty. Finch made his half century in the 16th over as the pair settled into the chase. They slowed the run rate and played a largely chanceless innings with India not helping their case with lapses in the field.

India’s next real chance came in the 29th over when Warner was given LBW off Ravindra Jadeja. This time however, the 33-year-old reviewed straightaway and replays showed that the ball had taken his inside edge before hitting the pads. Warner scored his 18th ODI hundred two overs later and the four that he hit to get there also helped Australia cross the 200-run mark.

Finch also reached his 16th ODI century in the 35th over with a four and in the next over, they set the record for highest opening stand for Australia against India. The previous record also belonged to the pair, which they had set in Bengaluru in 2017. In the 38th over, Warner hit Mohammed Shami for a four past mid-off which were the winning runs for the visitors.

Earlier, India lost their first wicket early in Rohit Sharma, who was the first to fall to Mitchell Starc. But then Shikhar Dhawan and KL Rahul seemingly got India back on track with a 121-run partnership for the second wicket. Rahul fell three runs short of his half century to break the partnership in the 28th over after which India lost captain Virat Kohli, who came in at number four instead of his usual three, and Shreyas Iyer in quick succession.

Rishabh Pant and Ravindra Jadeja temporarily put a stop to the fall of wickets but scorecard pressure eventually caught up with them. They put on 49 runs for the fifth wicket before Jadeja was caught behind off Kane Richardson. Pant fell in the next over to Pat Cummins after which it was all downhill for India. Pant got a top edge off the short ball bowled by Cummins which hit his helmet before flying to point where Ashton Turner took the catch. He ended up suffering a concussion because of which Rahul kept wickets in his place during the Australian innings.